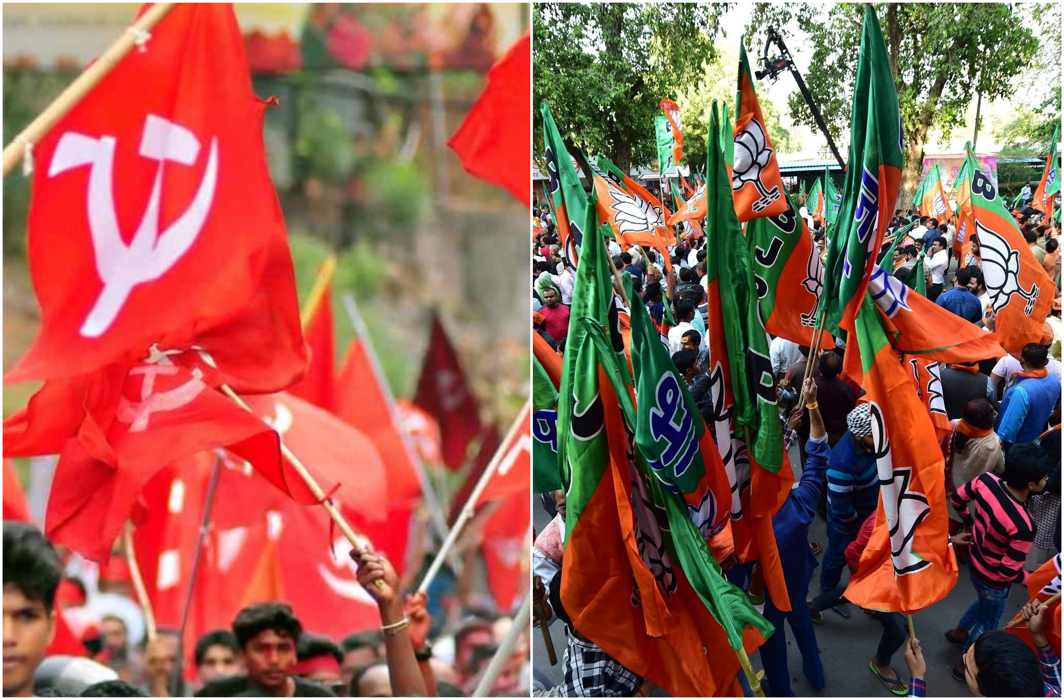 Tripura is scheduled to go for polls on February 18, while other two northeastern states – Meghalaya and Nagaland – will have elections on February 27.

With the northeastern states set for the upcoming assemble elections in February, Congress remained out of the picture in Tripurs as the BJP fights hard to establish power in the state which has long been a strong hold of the communist parties.

While Tripura is scheduled to go for the assembly polls on February 18, other two northeastern states – Meghalaya and Nagaland – will go for the elections on February 27.

According to political experts, Tripura – which had earlier witnessed electoral battle between the CPM and the Congress – will be witnessing a fight for power between the saffron party and the Left in the upcoming elections.

Earlier, claiming that the “Congress was not serious about fighting the CPI(M)” in Tripura, former state Congress president Sudip Roy Burman had joined the BJP.

The former Congress leader, who led the state Congress in the 2013 Assembly elections, said, “In 2013, the CPI(M) had faced strong anti-incumbency but the Congress central leadership had helped the CPM in the state clandestinely for enjoying the party’s support in Parliament.”

And with five other MLAs also joining the saffron party, Burman said, “We are forced to join the BJP as we found that the Congress is not serious about fighting the CPM.”

To bag the tribal votes in the state, which comprises 31% of total voters, BJP had earlier allied with the Indigenous People’s Front of Tripura (IPFT).

BJP spokesperson Mrinal Kanti Deb said, “The alliance between the BJP and the IPFT will make a strong impact in the 20 tribal reserve constituencies.”

Earlier on Saturday, speaking at an election rally at Barjala in Agartala of poll-bound Tripura, Home Minister Rajnath Sing claimed that only the BJP can bring positive development in the northeastern states including Tripura.

“During CPI-M’s 35 years rule in West Bengal, they ruined that state, and if the Left parties after the February 18 assembly polls are allowed to rule Tripura further, they would destroy the future of the state and its people. BJP and its allies are now ruling 19 states in India. Why so many states are under BJP and its allies’ governance? Because people of these states trust BJP and people sincerely believe that only BJP can remove their poverty and provide jobs to the youth,” said Rajnath.

Promising that Tripura will be the number 1 state in the country with its natural resources, if the saffron party comes to power, Rajnath said, “You have given scope to the Left parties in Tripura many times, give scope to BJP once this time to rule for genuine development of the state with all-round growth of all sections of people.”