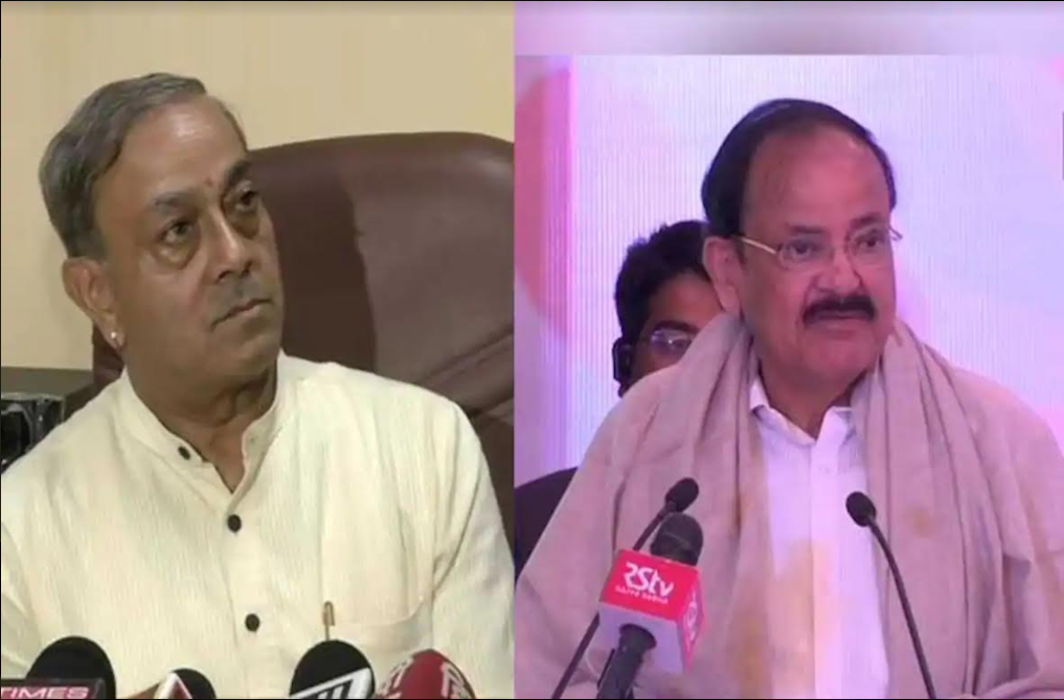 Congress MP Sanjay Singh resigned from the party as well as the Rajya Sabha today (Tuesday, July 30) and is all set to join the BJP.

With this, the opposition in Rajya Sabha, where it still has more numbers than the ruling coalition, loses another seat and strengthens BJP’s hold on the upper house.

Rajya Sabha chairman Venkaiah Naidu has accepted his resignation. Singh was a Congress MP of the Rajya Sabha from Assam.

Hailing from Amethi royal family, Singh is regarded as a leader of some influence in the region which is considered a traditional stronghold of Gandhi family but was wrested from Rahul Gandhi by Smriti Irani in the last Lok Sabha election.

Speaking to media about his decision to quit the grand old party, Singh told ANI, “Congress is still in the past, unaware of the future. Today, the country is with PM Modi and if the country is with him, I’m with him. I will join BJP tomorrow. I have resigned from the party, as well as my membership of Rajya Sabha.”

He also spoke of his long association with Congress “since 1984”, but glossed over periods when he had strayed to Janata Dal and BJP. He said, “I have been with the Congress since 1984. My decision of leaving won’t impact Congress in any way. Whatever has happened in Congress in 15 years hasn’t happened before. I took this decision after thinking a lot about it.”

His wife Amita Singh has also quit the Congress. She was chairperson All India Professional Congress in UP.

Singh has been in the BJP earlier and was elected to Lok Sabha on its ticket in 90s. In the last Lok Sabha election, he contested from Sultanpur and lost to BJP’s Maneka Gandhi.

His dabbling in politics started when the 1951-born had lent support to Sanjay Gandhi in 1980 when that member of the Nehru-Gandhi family had chosen to contest the Amethi constituency. At that time the neighbouring constituency of Rae Bareli was held by Sanjay’s mother, Indira Gandhi. He subsequently became a friend of Rajiv Gandhi, who succeeded Sanjay as the representative for Amethi.

He shot into political limelight with his association with the Gandhi family. However, Singh left the Gandhi-led Congress in 1988 and joined Janata Dal, which was led by a relative of his first wife, Garima Singh.

Singh then moved on to BJP and won the seat in the 1998 Lok Sabha elections when Satish Sharma was holding the seat for Congress.

Singh stood again as the BJP candidate in the elections of 1999, but this time he was faced with a challenge from Sonia Gandhi, the widow of Rajiv Gandhi. Singh lost.

He rejoined the INC in 2003, choosing to announce his move on the birth anniversary of Rajiv Gandhi.