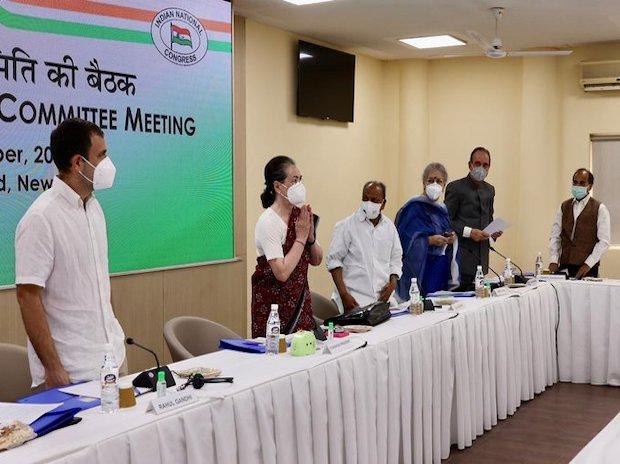 The Congress Working Committee held a meeting today in which Chief Ministers of all the Congress-ruled states were invited. In the party meeting, the CWC, the party’s highest decision-making body discussed the grassroots situation and the top organisational election to decide who will be the next president of the Congress party.

According to reports, the elections for the next national president of the Indian National Congress will take place next year in September. This news came after the meeting that was chaired by Congress president Sonia Gandhi, and the meeting was attended by 52 party leaders.

Sonia Gandhi also said that she is a full time, hands-on party president and there is no need for leaders to speak to her through the media.

Her remark came after Kapil Sibal wrote a letter to Sonia Gandhi for the organisational overhaul that is taking place and demanded that there should be an immediate meeting of the CWC and also asked that who in the party is taking decisions as the party president is not even present.

Gandhi said that all the members should have a free and honest discussion, but what should get communicated outside the four walls of this room is a collective decision of the CWC.

In other news, Former Indian captain Rahul Dravid is set to take over as head coach of the Indian Cricket Team after T20 World Cup 2021. Dravid will be replacing Ravi Shashtri, who is the current head coach of the Indian team. Dravid has been signed for a two-year contract by the Board of Control for Cricket in India (BCCI), he will earn a whopping amount of Rs 10 crore for his duties. This makes him one of the highest-paid Indian coaches.