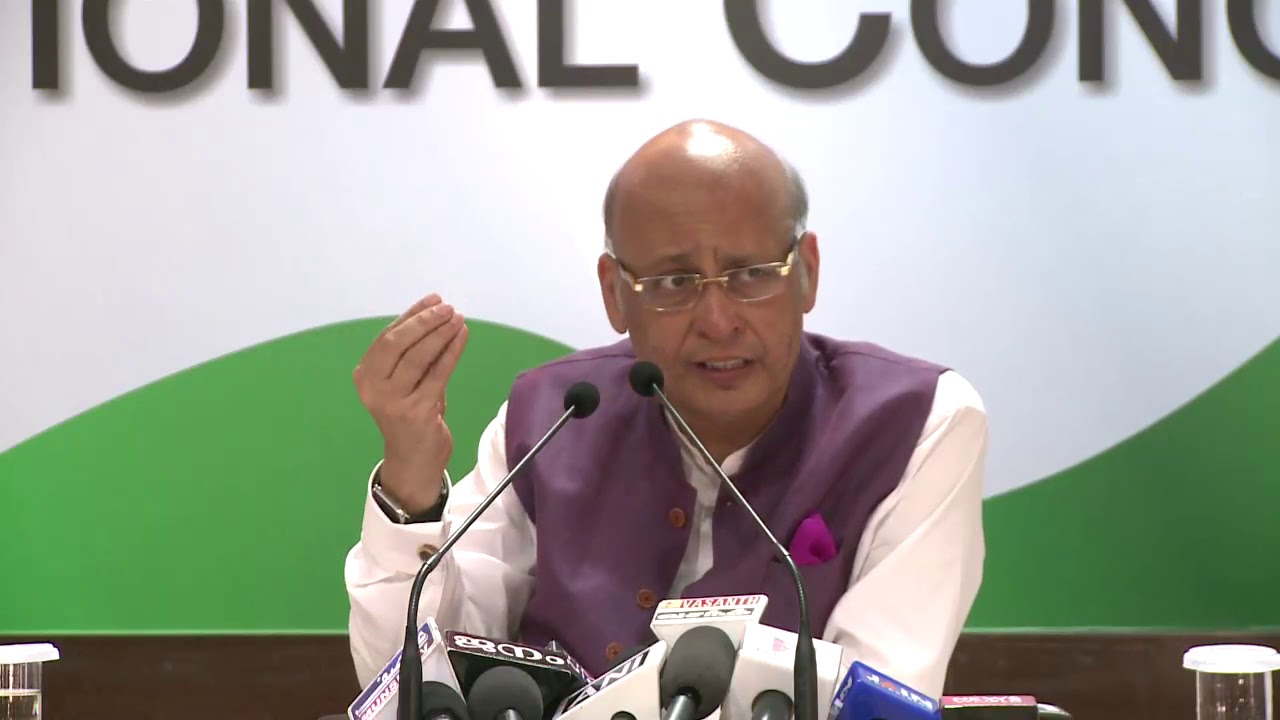 Hitting back at BJP, the Congress on Wednesday asked it to explain who paid for more than 100 trips Narendra Modi had made by chartered planes across India and abroad between 2003 and 2007, when he was chief minister of Gujarat.

The BJP on Tuesday had alleged that arms dealer Sanjay Bhandari paid Rs 10 lakh for air tickets for Rahul Gandhi’s brother-in-law Robert Vadra. The Congress said the charges were devised to divert attention from the controversy surrounding the business practices of BJP chief Amit Shah’s son Jay Shah, as part of “beta bachao andolan” (save the son campaign).

Congress spokesperson Abhishek Singhvi, who said his claims were based on reply to an RTI query by senior Gujarat Congress leader Arjun Modhwadia, told a news conference that the estimated cost of Modi’s air trips was around Rs 16.56 crore.

The Congress released a list which it claimed were trips made by Modi in private planes and helicopters from 2003 to 2007. “They are all chartered trips, not state plane. Chartered trips, the calculation on the then charter rates (comes to) Rs 16.56 crore…. Barring a few foreign trips… who paid for these trips? Deafening silence continues till today; he has received no reply to his RTI,” said Singhvi.

“These trips are clearly trips by a constitutional functionary…. They are provided for by private persons and we do not have any account of them so far,” he said.

Singhvi also said that of the amount Rs 16.5 crore (for the 100 trips), Rs 5 crore was for four foreign charters.

“In July 2007 to Switzerland, in June 2007 to South Korea, in April 2007 to Japan and November 2006 to China. They are all by a chartered firm called Planet Aviation…. The people accompanying him are… the who’s who of industry in India, all CMD-level people…. These foreign trips and domestic trips raise the six-seven issues,” he said.

“There is no free lunch, somebody has to pay for this and that somebody has to be those beneficiaries of the state industrial policy travelling with a constitutional position holder,” he said.

The party also accused the BJP of trying to divert attention from allegations against BJP President Amit Shah’s son Jay Shah by raising the Vadra issue. The BJP had on Tuesday attacked the Congress over a report on Times Now that fugitive arms dealer Sanjay Bhandari had bought business-class air tickets for Rahul Gandhi’s brother-in-law Robert Vadra in 2012.

Defence Minister Nirmala Sitharaman had held the press conference on Vadra’s alleged links with Bhandari who the CBI has linked to the Pilatus aircraft deal.

Defending Vadra, Singhvi said: “The government could not find anything in 41 months. We have not heard of any conviction and no prosecution.” On the other hand, details of Modi’s travels have been officially sought through the RTI.

Singhvi also pointed out that Sitharaman selectively did not mention that the government had earlier proudly listed as their achievement the import of Swiss-made basic trainer aircraft Pilatus, which was completed in 2015. “So from 2012-2015 and, in particular from 2014 to 2015, no black listing, no cancellation, no allegation of commission or illegality or corruption. In fact, you are listing it as a great achievement, the delivery,” he said. Bhandari’s company, Offset India Solution Private Limited, is under the scanner for alleged corruption in the Pilatus deal.

Waving a picture of Bhandari with Civil Aviation Minister Ashok Gajapathi Raju, Singhvi alleged that he was close to BJP leaders. He demanded to know how Bhandari was allowed to flee abroad in December 2016 even though his passport had reportedly been impounded by the government in June that year.

“Who helped Bhandari fly out of the country much like Vijay Mallya? It was not our government in 2016,” said Singhvi.