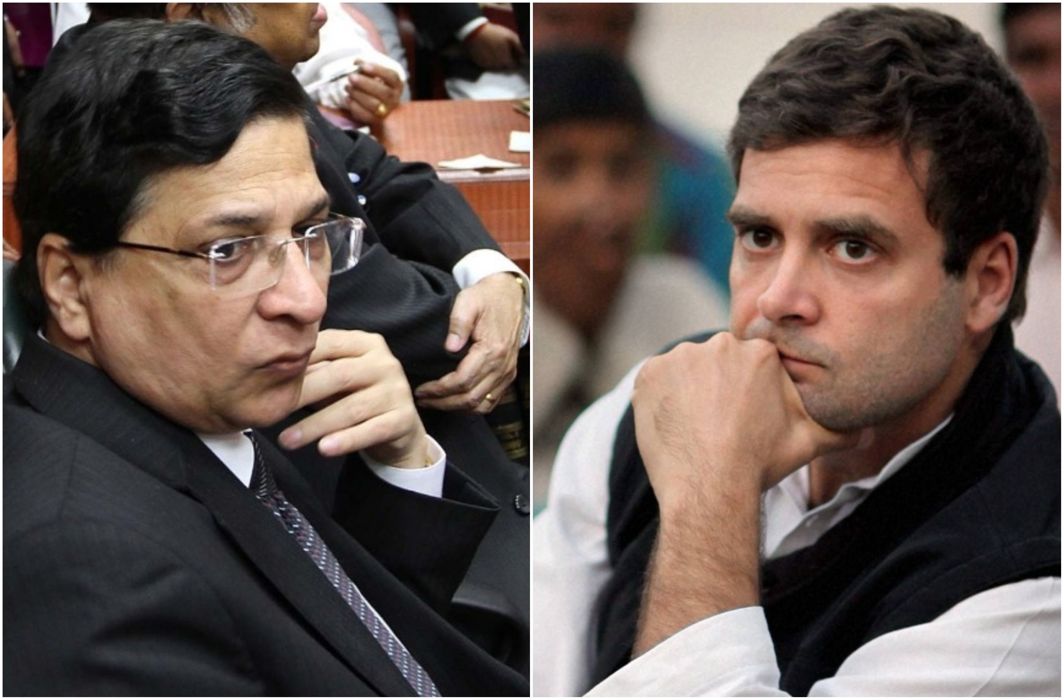 While Congress’ Rahul Gandhi showed support for the four judges, questioning the functioning of the SC, the party has not yet made claims to oust the CJI.

With the Communist Party of India (Marxist) planning to censure Chief justice of India Dipak Mishra, the Congress is yet to take a stand on whether to support the Left’s move to bring in an impeachment motion against the CJI.

The CPI(M) has been hitting out at CJI Mishra after four Supreme Court judges questioned the functioning of the apex court, claiming that the democracy in the country was in danger.

“Unless there are proper grounds, solid grounds… on concrete terms, you cannot go in for impeachment. There is no sufficient ground…. Unless evidence is available, I don’t think it is proper to go for the impeachment of the CJI…. It is not going to serve the purpose. It is not a political issue…. Going for the impeachment of the CJI should not be a political issue. It should be a judicial issue,” said senior Congress leader and former Law Minister M Veerappa Moily.

And while Congress president Rahul Gandhi had showed support for the four judges, the party has not yet decided its stand on the issue of impeachment motion against the CJI.

Congress spokesperson RPN Singh said, “There are very important issues that have been raised by the Communist Party. Leader of Opposition in Rajya Sabha Ghulam Nabi Azad and party leader in Lok Sabha Mallikarjun Kharge would talk to everybody and make their positions clear.”

Further stating that the judicial proceedings should not be politicised, Singh said, “We continue again to say that we will never politicise the judiciary of this country. They are a very important pillar of democracy and we have not politicised it nor raised any issue.”

Justifying the party’s decision to stand by the demands of the judges, Congress sources said it was to ensure that correctives are introduced by the judiciary itself and political parties should not join the issue.

Days back, four senior SC judges – including Justice J Chelameswar, the second senior judge after the Chief Justice of India – listed a litany of problems that they said are afflicting the country’s highest court and warned they could destroy Indian democracy.

“Sometimes administration of the Supreme Court is not in order and many things which are less than desirable have happened in the last few months. Unless this institution is preserved, democracy will not survive,” said Chelameswar.