Constitution Day 2021: Why India celebrates Republic Day on January 26, not on November 26? Here’s the reason 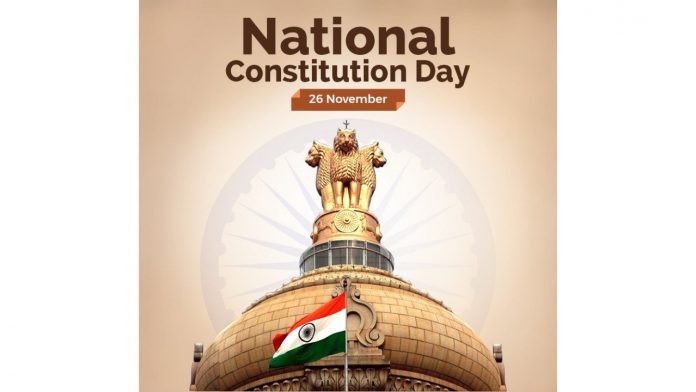 On November 26, India commemorates Constitution Day in honor of our country’s constitution, but Republic Day in India is observed on January 26th each year to mark the day the Indian Constitution went into force in 1950.

This movement completed India’s efforts towards becoming an independent republic with a proper democratic system. One of the reasons, why we celebrate Republic Day on January 26, is that on that day Indian National Congress (INC) proclaimed the declaration of Independence in our country in 1929, which was to show the resistance against the British.

Even after India attained Independence on August 15, 1947, but our country did not have a permanent constitution and the governing laws were still based on the Governing of India Act. However, on August 29th, 1947, a resolution was passed to create a drafting committee that would be in the charge of drafting the Parliament Constitution of India, which was headed by Dr Bhimrao Ramji Ambedkar.

The draft was submitted in November 1947 to the Constituent Assembly, which held numerous sessions that were open to the public for the next two years.

The Constitution of India was adopted by Constituent Assembly on November 26, 1949, which came into effect on January 26, 1950.

On January 24, 1950, two handwritten documents of the constitution were signed by the members of the assembly and within two days the Constitution of India came into effect. Later on January 26th,1950, Dr Rajendra Prasad becomes the first President of India. The historic day remains as one of the most important days in our country’s history.