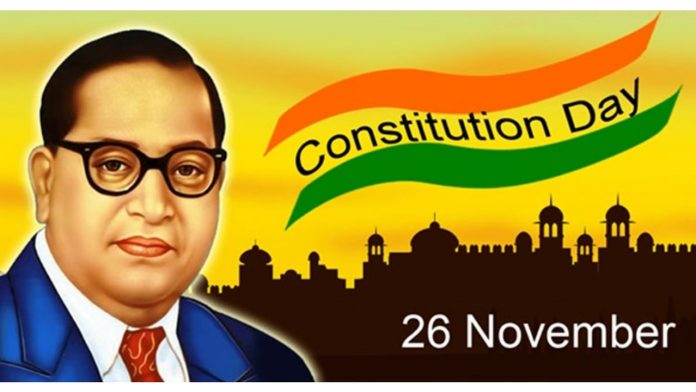 This proposal was accepted on November 26, 1949, with a few amendments.

Here are some essays about the Constitution of India.

The Constitution of India was passed on January 26, 1949, and was fully implemented in 1950. It took 2 years 11 months and 18 days to build the Indian Constitution. The first Constituent Assembly was sitting on December 9, 1946. The constitution is divided into 22 parts. It has 465 articles and 12 recommendations. The last meeting of the Constituent Assembly was held on November 24, 1949.

The Constitution of India is the supreme law of India. It defines the fundamental political principles and establishes the structure, procedures, powers and duties of the government.

It also describes the fundamental rights, directive principles and duties of citizens. The Indian Constitution was passed by the Constituent Assembly on November 26, 1949, and came into effect on January 26, 1950. The date commemorates the 1930 Declaration of Independence.

The Constitution declares India to be a sovereign, democratic republic and promises justice, equality and liberty to all its citizens. In 1976, the words, ‘socialist’, ‘secular’ and ‘integrity’ were added to the definition by a constitutional amendment. Every year, the country celebrates the day of adoption of the Constitution- 26 January- as Republic Day.

The Indian Constitution is the longest written constitution of any sovereign nation in the whole world. It has 395 articles, 12 schedules, and 94 amendments. It also has a Preamble and five appendices. Apart from the English version, an official Hindi translation is also available. The Constitution replaced the Government of India Act, 1935 which was until then the governing document of the country.

As it is the supreme law of the country, all laws enacted by the government must conform to the constitution. The Preamble describes the basic structure and spirit of the Constitution of India. It does not contain laws that can be enforced in court but no law can be enacted or amended in a way that goes against the spirit of the Preamble.

It also describes the paramount national goals that the government is duty-bound to achieve-justice, liberty, equality and fraternity.