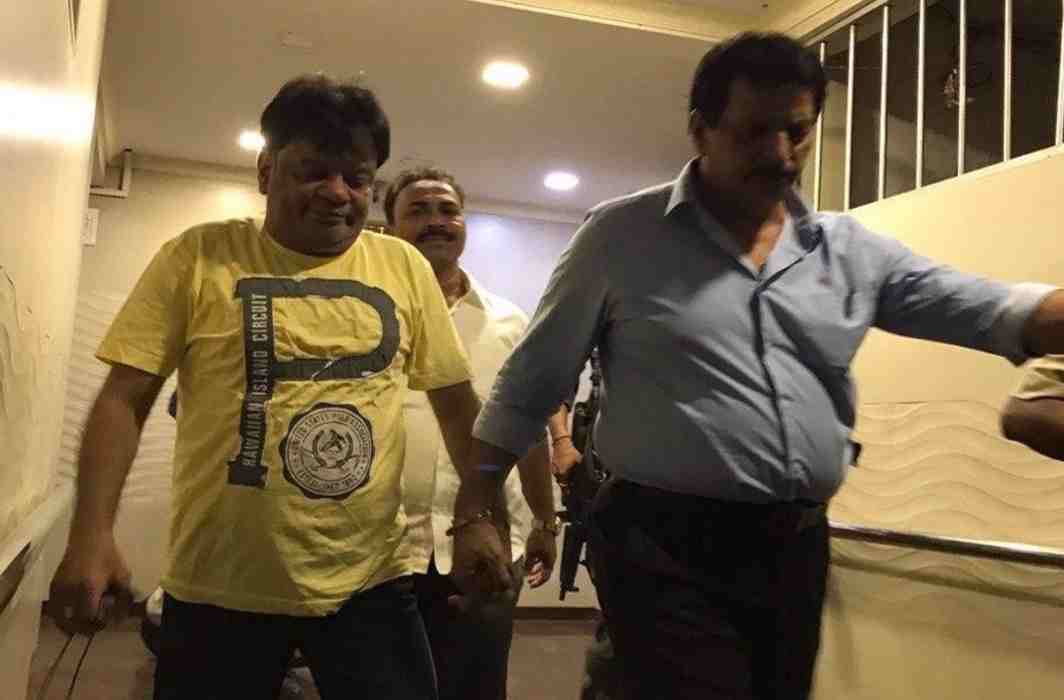 The arrest was been made by a police team led by controversial encounter specialist Pradeep Sharma, who was transferred last month as a senior inspector in the AEC, Thane. Kaskar has been arrested on a complaint of extortion lodged by a Thane-based builder at the Kasarvadavali police station.

Sources said that the Thane-based builder alleged in his complaint that Kaskar had taken four houses from him and was demanding for more. A police official privy to the complaint said: “The builder had approached Kaskar in the past to settle a dispute pertaining to a plot, in lieu of which he demanded four houses from the builder, which he obliged. However, when Kaskar recently asked for one more property, the builder approached the Thane police and lodged a complaint.”

Sources have further confirmed that the police are looking for a possibility of invoking stringent provisions of the stringent Maharashtra Control of Organized Crime Act (MCOCA) against Kaskar and his accomplices.

Sharma, who led the team that arrested Kaskar was dismissed in 2008 for his alleged connections with the underworld. However he had moved the Maharashtra Administrative Tribunal (MAT) to challenge his dismissal and got a favourable ruling in 2009. Sharma had also been arrested by the Special Investigation Team in 2010 for allegedly killing criminal Lakhan Bhaiyya in a ‘fake’ encounter.