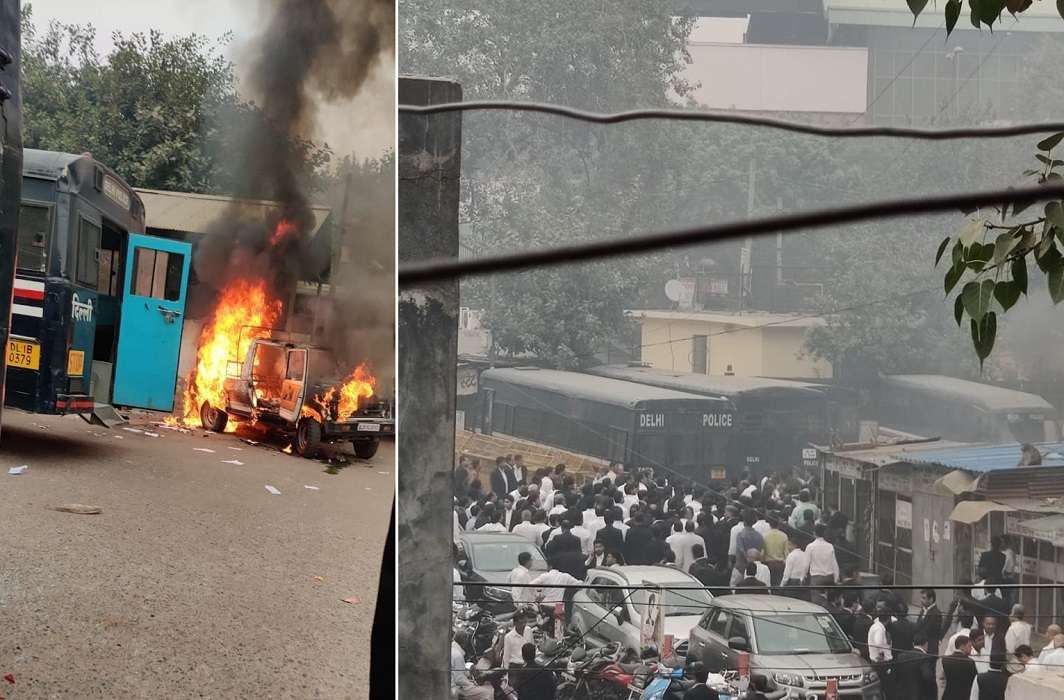 A police car was set afire as lawyers clashed with cops at the Tis Hazari court complex in Old Delhi on Saturday afternoon over a parking dispute. Columns of smoke could be seen rising into the sky amid chaos on its premises, contributing to the city’s already high pollution levels.

A lawyer who was reportedly injured in police firing has been admitted to the nearby St Stephen’s Hospital, news agency ANI reported. A journalist was also beaten up, sources said. 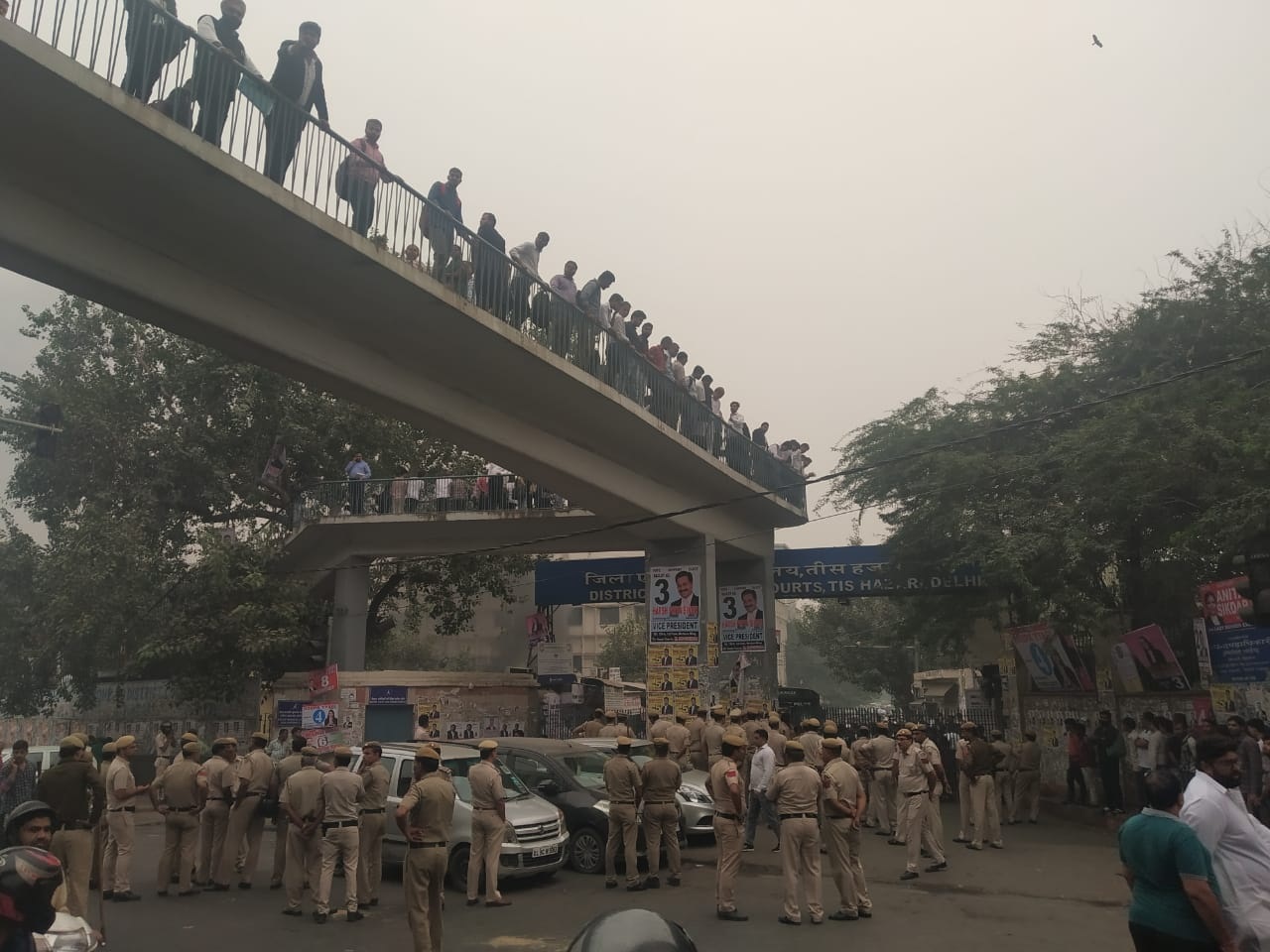 The lawyers reportedly barricaded themselves inside the court premises, preventing police and mediapersons from entering. Taking the tense situation into account, police have locked several gates leading into the court complex.

According to sources, the trouble began when a lawyer entered into a dispute with some policemen over parking his car. While the lawyer was being taken into custody, a few of his colleagues tried to free him. Lawyers allege that the cops resorted to firing in an attempt to disperse them, following which at least one of the police cars stationed in the complex was set afire.

“We are also upholders of the law. We won’t take it lying down if they misbehave with us,” a lawyer told the media. Ten fire engines had already arrived at the spot, until reports last came in.

Lawyers at all district courts in the city have decided to strike work on Monday to protest against police action on their colleagues.

Delhi suffers from an acute shortage of parking space, and the Supreme Court had even termed it as one of the national capital’s “most serious problems” in a recent judgment. Even the construction of several multi-level parking facilities across its expanse over the years has failed to effectively address the issue.

(With inputs from Agencies)