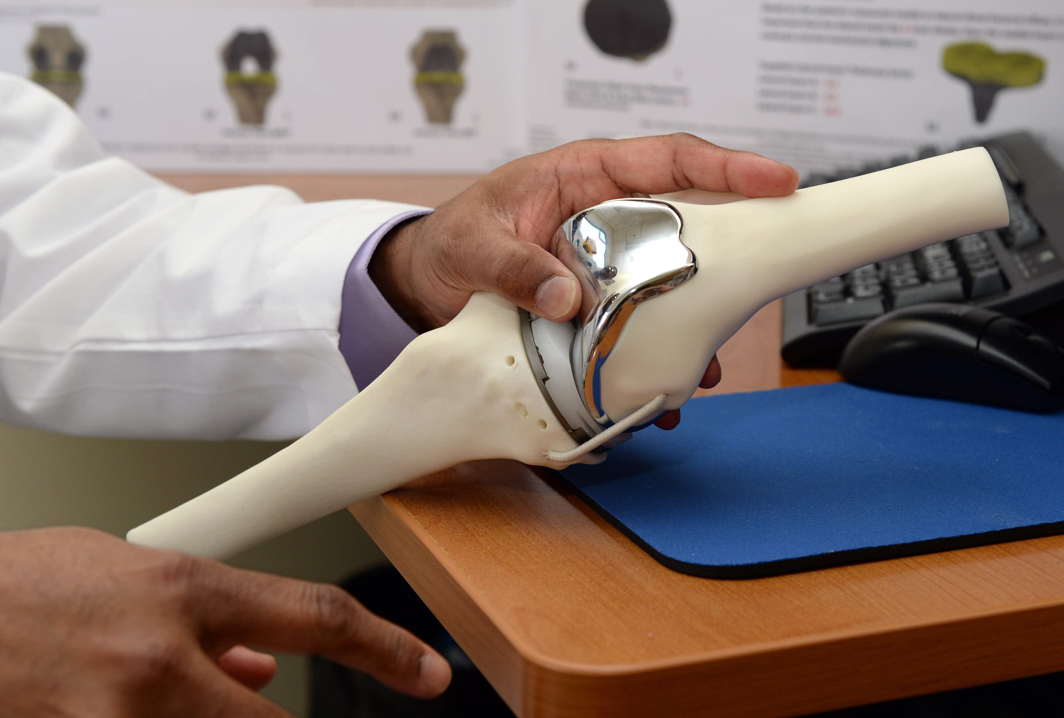 The reduction in implant prices – ranging between 59 and 69 per cent – will annually help an average of 1.5 lakh patients who require the orthopaedic knee transplant procedure, says Union minister for chemicals and fertilizers, Ananth Kumar

In a welcome move that is expected to benefit at least 1.5 lakh people annually, the National Pharmaceutical Pricing Authority (NPPA) has asserted its powers of price control and regulation to slash the rates of knee implants by a massive 69 per cent.

The move by the NPPA, which had earlier this year reduced the price of coronary stents by a steep 85 per cent, comes within a day of Prime Minister Narendra Modi’s announcement during his Independence Day address from the ramparts of the Red Fort in which he had assured that the price of knee replacement will be brought down

The decision by the drug pricing watchdog is expected to yield a combined saving of around Rs 1,500 crore annually for some 1-1.5 lakh patients who require the knee replacement procedure, claimed Union minister for chemicals and fertilizers, Ananth Kumar.

“After cardiac stents, we have now decided to bring knee implants under price control,” Kumar said, shortly after the NPPA issued the notification announcing the cap in knee implant prices. “The government will not be a mute spectator to illegal and unethical profiteering (by hospitals and medical equipment suppliers),” Kumar said, while adding that the government will take stringent action against hospitals, importers and retailers “if they charge in excess of the maximum retail price (MRP).”

These prices are exclusive of goods and services tax, but take trade margins for manufacturers or importers, distributors and hospitals into account, according to the NPPA

The price of total knee implants made of cobalt chromium has now been capped at Rs 54,720, down 65% from its average maximum retail price of Rs 1.58 lakh, according to the Union ministry of chemicals and fertilizers which also notes that these are the most widely used complete knee implants in the country.

As per the NPPA notification, total knee implants made of special metals like titanium and oxidized zirconium can be priced at a maximum of Rs 76,600, or 69% lower than the original average MRP. High-flexibility implants have also seen a similar reduction in the maximum price to Rs 56,490. Revision implants, used in repeat procedures when the initial knee implant has failed, is capped 59% lower at Rs 1.14 lakh, down from an average of Rs 2.77 lakh.

The NPPA has also clarified that special knee implants for cancer or tumours will follow the prices of revision knee implants.

A report in The Economic Times quoted a statement by NPPA as: “Out of 1.5-2 crore patients who require arthroplasty interventions, only around a lakh are in a position to pay for the procedure every year”. The NPPA has also cited a World Health Organization (WHO) bulletin from 2003 which states that ‘osteoarthritis could become the fourth leading cause of disability by 2020’ and India is likely to be one of the leading countries of such immobilized citizens in terms of numbers.

“As the public is aware, prices remain too high for devices across the board. We would like this to be the start for NPPA to systematically fix prices of all other devices on which data was collected in public interest,” Malini Aisola of patient group All India Drug Action Network (AIDAN) told the Economic Times. Aisola, however, also cautioned that “price reductions will not be successful without a check on the hospital rates.”

As such, the NPPA has said that no healthcare institution that provides the facility of orthopaedic surgical procedures using knee implants can solicit any patient to buy the knee implant from it which effectively means that a patient is free to procure implants from a third-party and is not bound to buy it from the hospital where he/she is getting the surgical procedure performed.

The NPPA has also directed healthcare institutions to mention the cost of the knee implants component wise. The brand name, name of the manufacturer, importer, batch number, specifications and other details should all be mention in the institution’s estimate, performa invoice or final bill given to the patient.