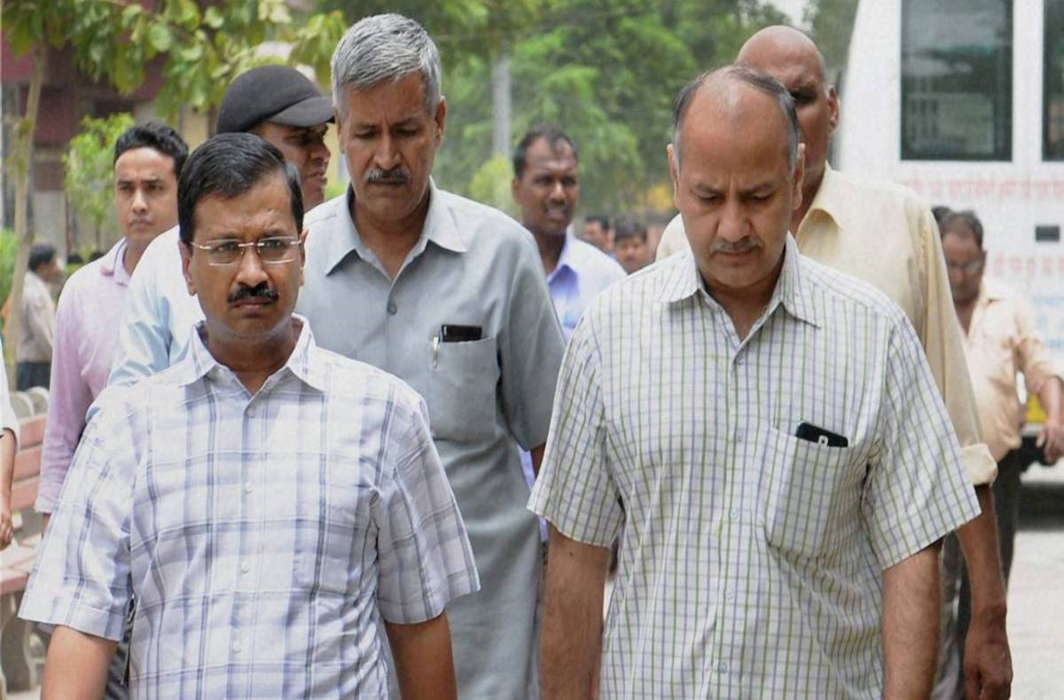 In the 3000-page chargesheet the police alleged that Kejriwal, Sisodia and the others had conspired to threaten the Chief Secretary, obstructed him in discharging his public function and caused hurt. They have also been accused of wrongful confinement, intentional insult, abetment and unlawful assembly.

Anshu Prakash had alleged that he was attacked at a late night meeting in February over a delay in releasing a three-year anniversary TV campaign. Initially he was threatened and then, he said, Amanatullah Khan and Prakash Jarwal “started hitting and assaulting me”.

Following the incident, MLAs Khan and Jarwal had been arrested, but Delhi Police were denied permission for their custodial questioning. Prakash, who was examined at Aruna Asaf Ali Hospital after the incident, had “swelling” behind both ears and cheekbone as well as a “bruise” on the lower lip, the medico-legal case report had said.

The alleged attack, which took place during a meeting at the Chief Minister’s House in February, had led to a months-long face-off between the ministers and bureaucrats, which was resolved in June.

If convicted, the Chief Minister and his lawmakers may get a maximum of seven year jail term.

In its 1,300-page chargesheet, police have not specified the role of each person in the alleged assault, but Kejriwal and Sisodia have been charged under the same 13 sections as the other 11.

The AAP government had called the allegations in the police chargesheet “fake and laughable” and said that it was the “result of the extreme frustration of the Modi government”.

Adding that it will continue to work for the people, the party said, “Modi govt’s Delhi Police filed so many bogus cases against the CM, Deputy CM & MLAs during last three and a half years – all of which miserably fell flat in courts during trials The latest fake case will also meet the same fate as those of previous cases.”

According to the court records, reported The Indian Express, chargesheet was filed under IPC sections 186 (obstructing a public servant), 323 (voluntarily causing hurt), 332 (voluntarily causing hurt to deter public servant for doing his duty), 342 (punishment for wrongful confinement) 353 (assault or criminal force to deter public servant to discharge his duties), 504 (insult with intent to provoke breach of peace), 506(ii) ,120B (criminal conspiracy), 109 (punishment of abetment if the act abetted is committed in consequence and where no express is made for its punishment), 114 (abettor present when offence is committed),149 (unlawful assembly) 34 (common intention) and 36 (effect caused partly by act and partly by omission). However, the court did not take cognizance of offence section 504.