Bharat Biotech’s Covaxin comprises a disabled form of SARS-CoV-2 that cannot replicate but still stimulates the immune system to make antibodies against the virus, said the NIH. 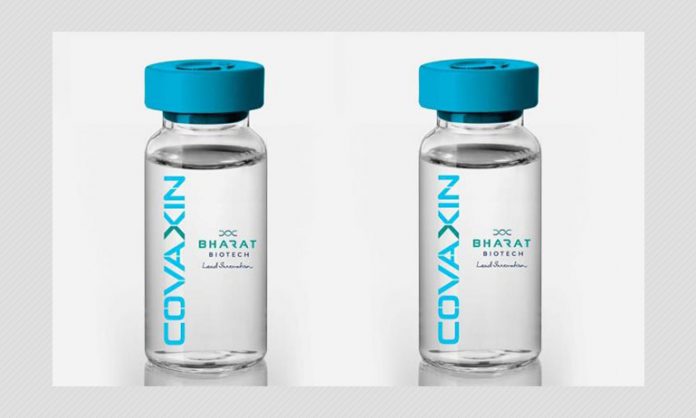 The US National Institute of Health has said that India’s Covaxin developed by Bharat Biotech in collaboration with Indian Council of Medical Research can effectively neutralise both Alpha and Delta variants of the Covid-19.

Based on the results of two studies of blood serum from people who received Covaxin, the NIA suggested that the vaccine generates antibodies which effectively neutralise the Alpha variant B.1.1.7 and Delta variant B1.617 of SARS-CoV-2, which was first detected in the UK and India respectively.

The American health institute said the interim results which are yet to be published indicated that Covaxin is 78% efficient against symptomatic disease while its efficacy against severe Covid-19 is 100%. The Covaxin has also shown 70% efficacy against asymptomatic infection with the Covid-19 causing virus. Further, it said the vaccine is safe and well tolerated.

The vaccine makers have recently submitted phase 3 clinical trial data to an expert panel which proved it to be 77.8% effective against symptomatic Covid-19, in line with the interim trial analysis.

NIH, which also has a history of strong scientific collaboration with India, said that an adjuvant developed with funding from it has contributed to the success of the highly efficacious Covaxin, which has been administered to roughly 25 million people till date in India and elsewhere.

For the unversed, adjuvants are substances formulated as part of a vaccine to boost immune responses and enhance a vaccine’s effectiveness.

Bharat Biotech’s Covaxin comprises a disabled form of SARS-CoV-2 that cannot replicate but still stimulates the immune system to make antibodies against the virus, said the NIH.

Meanwhile, Covaxin, along with the Covishield-developed by Oxford University-Astrazeneca, has been used since the beginning of India’s nationwide vaccine drive against the viral disease on January 16. Moreover, foreign vaccines like Russia’s Sputnik V, US pharmaceutical firm Moderna’s mRNA-based vaccine have been given emergency use authorisation (EUA).

However, Pfizer and Ahmedabad-based Zydus Cadila are expected to be approved. If approved, the Zydus Cadila shot will be India’s second indigenous anti-Covid vaccine after Covaxin.