This is the fifth consecutive day that the country has recorded more than 1 lakh cases in a single day. 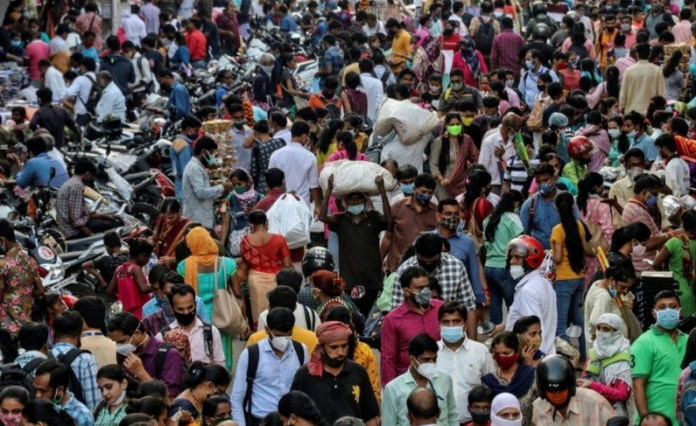 Since the outbreak of the pandemic, it is the biggest jump that India has witnessed in the last 24 hours. This is the fifth consecutive day that the country has recorded more than 1 lakh cases in a single day. The Covid graph is continuing to see a steep rise with over 6.16 lakh infections reported in the last five days.

The daily fatalities have also been recording high jump as the second wave of coronavirus rages across the country. Also, with 77,567 more people recuperated from the disease, the total number of recoveries now stands at 1,19,90,859, while the number of active cases has reached 10,46,631.

However, Union Health Minister Harsh Vardhan has said that no new cases have been reported in 149 districts in a week, while eight districts have not registered any new infection in a fortnight.

How do different states fare?

Over 83 percent of the fresh cases have been recorded from ten worst-hit states including  Maharashtra, Uttar Pradesh, Delhi, Chhattisgarh, Karnataka, Kerala, Madhya Pradesh, Tamil Nadu, Gujarat, and Rajasthan. These states have shown a steep hike in daily Covid-19 cases.

Among those, Maharashtra is reporting the highest number of cases across the country. On Friday, the state recorded nearly 59,000 new cases and 301 related deaths, taking the total cases to 32,88,540. The state has contributed to maximum overall morbidity and mortality in the country, every fourth Covid-19 infected person is from Maharashtra.

What are the measures taken so far?

The surge in Covid-19 cases has triggered fresh curbs in the number of states across the country.  Maharashtra, the worst hit, is headed towards a lockdown if the Covid cases continue to rise in the state said Maharashtra Health Minister Rajesh Tope. The weekend lockdown has already begun to contain the ongoing surge in the Covid-19 cases in the state.

Several other states have initiated precautionary measures like night curfews, travel restrictions, banning social gatherings, ramping up of vaccinations to minimise the spread of the coronavirus. So far, night curfews have been imposed in parts of Gujarat, Uttar Pradesh, Punjab, Delhi, West Bengal, Karnataka, Madhya Pradesh, and Maharashtra, among several others.

Amid the Covid surge, the Delhi government has announced closing of all schools and colleges till further notice. Meanwhile,  the Central Board of Secondary Education (CBSE) is facing criticism for going ahead with the board exams despite the spike.

How is the vaccination drive going?

In the ongoing Covid-19 vaccine drive, more than 9.43 crore vaccine doses have been administered in the country till Friday morning, the health minister said during a virtual 24th meeting of the High-level Group of Ministers.

Several states, however, are grappling with vaccine shortage vaccines, with several running vaccination centres below capacity and demanding that the Centre give them stocks to last at least seven days.

Pointing out the vaccine shortage, Rajasthan Chief Minister Ashok Gehlot has sought an immediate supply of 30 lakh Covid-19 vaccines to the State. He said the inoculation drive will have to be halted due to insufficient stock. The Centre’s claim of no shortage of Covid-19 vaccines in the country is wrong and demanded that a status report on the availability of doses be made public.

Maharashtra Health Minister Rajesh Tope said the State would require at least 40 lakh doses per week. The state had only around 12 lakh doses left as of Thursday afternoon, he said.

For the past three days, Odisha Chief Minister Naveen Patnaik, Andhra Pradesh Chief Minister Y.S. Jagan Mohan Reddy and Cabinet ministers have been sending SOS to the Centre to replenish vaccines as the states were running out of stocks.

In a letter to the Prime Minister,  Congress leader Rahul Gandhi had asked for an immediate moratorium on exports as he claimed that the country is facing vaccine starvation. He asked the government to open up vaccination to everyone who needs it and increase the capacity of allocation to ₹35,000 crores for the vaccination program.

However, the Centre has maintained that there is no shortage of shots in India. All the claims of states are baseless and the Centre is supplying vaccines to all states equitably irrespective of the ruling party, said Harsh Vardhan.

The central government is working very hard in controlling the pandemic and pacing the nationwide Covid-19 vaccination program and states should support it instead of playing politics. Whichever states are reporting to us about shortage we are supplying the adequate vaccines without delay, he added.