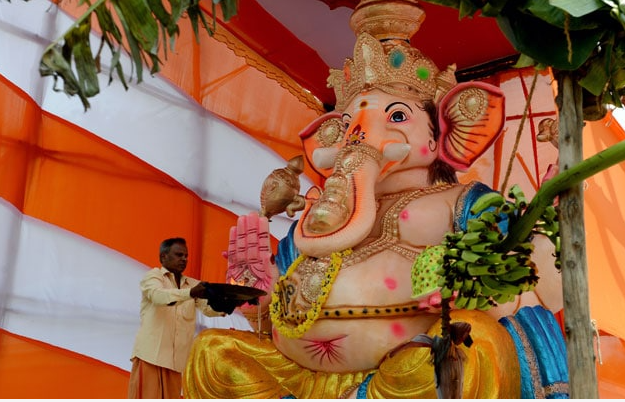 Ganesh Chaturthi, also known as Vinayak Chaturthi is a Hindu festival celebrating the arrival of Ganesh to earth from Kailash Parvat with his mother Parvati. The festival celebrations involve fusion of music and dance along with a wide variety of cultural shows. This year the ten-day festival will commence on September 10 and conclude with idol immersion on September 19.

However, amid fears of a possible third wave of the Covid-19 pandemic, below is the response of the state governments to the festival celebrations.

Dahi handi and Ganesh Chaturthi are major festivals in Maharashtra and are celebrated with much fanfare. The ten-day festival, celebrated with great enthusiasm in the state. However, like last year, this year too it’s likely to remain a low-key affair to avoid crowding.

Deputy Chief Minister Ajit Pawar recently said that the state government will not impose any additional restriction to avoid crowding during Ganesh Chaturthi. However, he added, if violations of Covid-19 norms are seen on the first day of the festival, stringent curbs will be imposed from the next day.

In a meeting held on August 23, Chief Minister Uddhav Thackeray urged organisers of the dahi handi festival to prioritise health amid the raging pandemic and set aside festivities for a while.

The Ganesh Chaturthi is expected to be a low key affair, similar to last year. While people can individually immerse Ganesh idols in seas, processions are not allowed.  The Tamil Nadu government relaxing the ban for Ganesh Chaturthi celebrations said that small temples can be open on the day of Chaturthi. The state government said that devotees can leave Ganesha idols outside small temples. The state will take responsibility for immersing idols in water bodies.

Meanwhile, the government directed district administrations to take ‘appropriate measures’ based on the prevalence of the virus in their respective districts.

Karnataka’s revenue minister R Ashok said that the government is allowing the festival with restrictions. There will be no procession orchestra, no DJ. The Covid-19 vaccination is mandatory wherever the Ganapathi festival is being held, he added.

The move to allow public celebration of Ganesh Chaturthi comes at a time when Karnataka’s new Covid-19 infections appear to have stabilized but the threat of the virus remains just as potent as the first two waves.

Keeping the festive season in mind, especially the Ganesh Chaturthi, the Andhra Pradesh government has decided to continue the 11 pm- 6 am night curfew. Chief Minister Y.S. Jagan Mohan Reddy recently chaired the review meeting at his camp office and took stock of the Covid-19 situation in the state.

The Chief Minister directed the authorities to ensure the precautionary measures are being followed. He instructed the officials to ensure that Covi-19 protocols such as social distancing, and wearing of masks, are strictly followed in all educational institutions, and public places.

Keeping the Covid-19 pandemic in mind, the Goa government has banned firecrackers, processions ahead of the Ganesh Chaturthi festival.

Public gathering/celebrations/arthis at public places shall be limited to 50 per cent capacity or as per the State government SOP. As per the official communication, there shall be strict adherence to the social distancing norms.

The Greater Hyderabad Municipal Corporation (GHMC) launched a massive exercise across the State capital for the smooth conduct of the upcoming Ganesh Chaturthi celebrations.