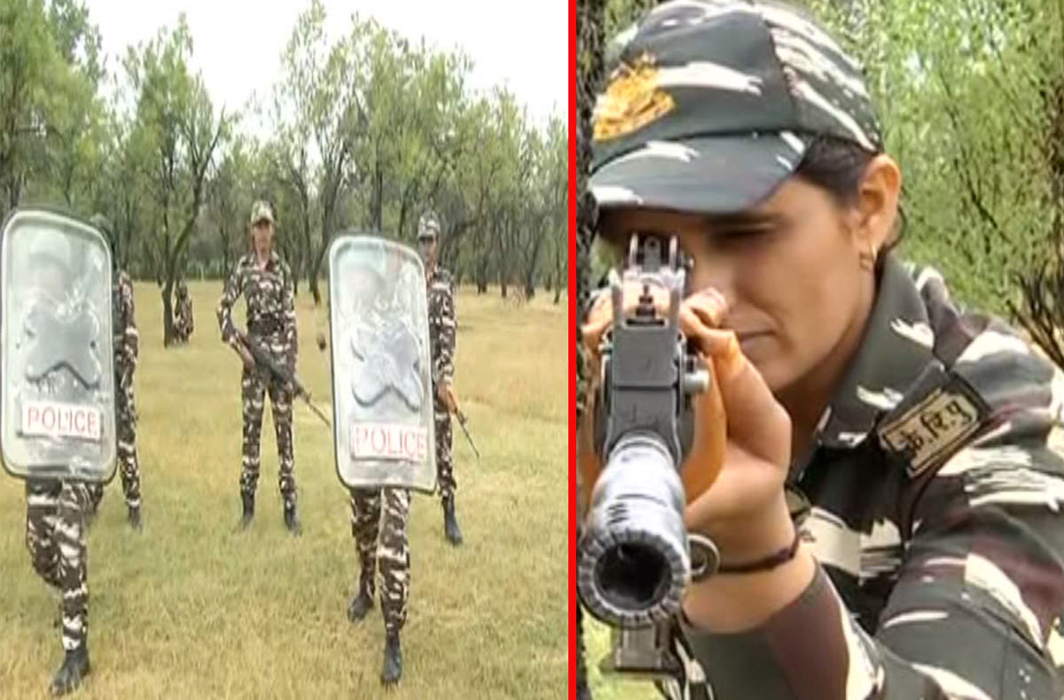 With frequent incidents of stone pelting in Jammu and Kashmir and women too joining the pelters, the Central Reserve Police Force (CRPF) has prepared a team of lady commandos to take them on.

This is expected to provide the force to get rid of a handicap and get greater leeway in handling law and order situations involving women.

These women commandos have been given rigorous training which includes being blindfolded to deal with night-time deployment and repairing weapons in under a minute in case of any malfunction, said media reports.

The security forces have been repeatedly challenged by the incidents of stone pelting across the Valley in recent times.

Earlier on May 7, R Thirumani (22), a tourist from Chennai, died in a hospital after being hit by a stone during clashes in Narbal area.

On May 2, a bus carrying school students was attacked by stone-throwers in Zawoora village of Shopian district. Seven tourists were injured when stone-throwers targeted vehicles in south Kashmir’s Anantnag district on April 30.

In the last three years, 4,799 stone throwing incidents were reported in Jammu and Kashmir in last three years and 17 protesters and two security personnel were killed in these incidents, said reports.

Central government had constituted an expert committee on July 26 in 2016 to explore possible alternatives to pellet guns as non-lethal weapons.

The recommendations of the committee were taken into account by the government for appropriate implementation and accordingly, various measures such as using PAVA-Chilli (shells and grenades), STUN-LAC (shells and grenades) and tear smoke shells were used to disperse the unlawful violent protesters before the use of pellet guns, Union Minister of State for Home Hansraj Ahir had said in Rajya Sabha earlier in February, reported NDTV.