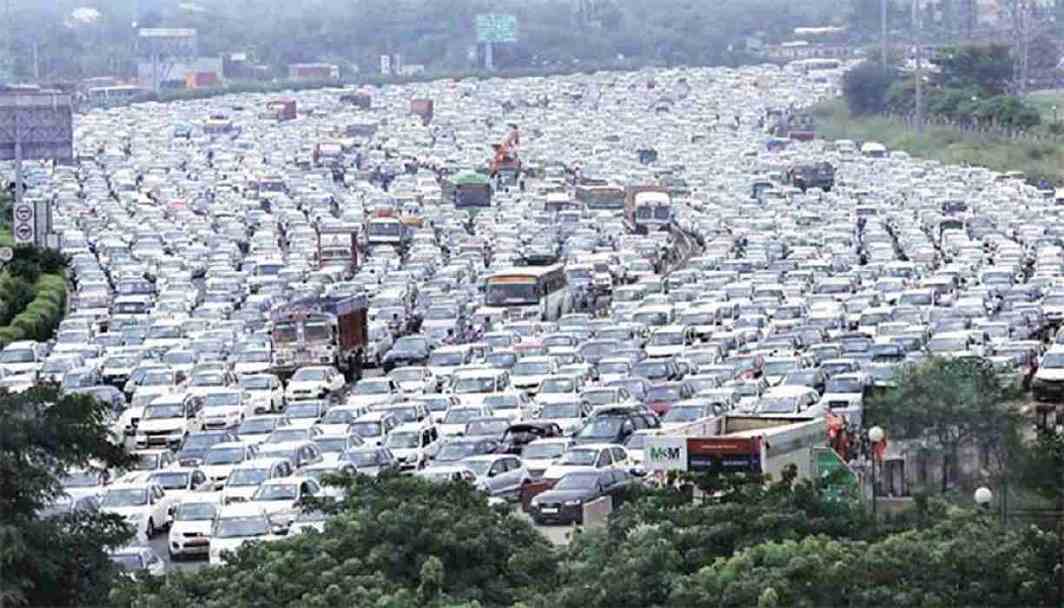 Gurugram with its teeming population, water crisis and pollution needs sustainable measures that need to be put into action.

The Centre of Science and Environment (CSE) has warned that Gurugram will be a victim to haphazard and unplanned development on several fronts.

In its report, Gurugram: A framework of sustainable development, the CSE takes  down the unbridled chaos that is Gurugram.

Along with the rising population, the strain on water resources is telling. Pollution and mobility problems have turned the city into clouds of smog atop skyscrapers and grid-locked traffic.

On the water crisis, the increase in population and the inability to meet demand has worsened the crisis, the report says. Gurugram gets its water from the Yamuna’s Tajewala headworks near Yamunanagar.  “Though the supply system is built to carry about 245 million litres a day (MLD) at its head at Kakaroi village, about 50 per cent of this water is lost through evaporation and diversion to villages and a township en route,” the report says, adding the supply barely meets 30 percent of the city’s needs. The rest is met by groundwater. A substantial number of these also have piped water connections.

The report said, “According to a study by CSE, Gurugram has lost around 137 of its water bodies. It is projected that rejuvenation of some of the key water bodies and ponds can help Gurugram meet about 50 per cent of its water needs. The Ghata Jheel alone has the potential of storing 12 billion litres – but only if its catchment is treated and encroachment is prevented. Village ponds can hold another 90 million litres. If a part of Aravalli is protected as a water sanctuary, it can harness yet another 21.6 billion litres. Such measures can contribute significantly to local water security in Gurugram.”

If groundwater is being over-exploited, can a sewage mess be far behind? The city which is riding high on flush toilet systems and water-intensive discharge pathways for excreta has become a source of water pollution and contamination, with serious risks to public health and water bodies. Unconnected to sewage networks or lines, the faecal sludge from these areas is usually physically disposed by dumping on land or into water bodies, causing more contamination.

The residents’ welfare associations of Gurugram say the city generates 260 million litres a day of sewage while the government estimate is exactly half of that at 129.6 MLD.

The full report makes for interesting reading and suggests sustainable ways out of the chaotic mess. And can be accessed here.