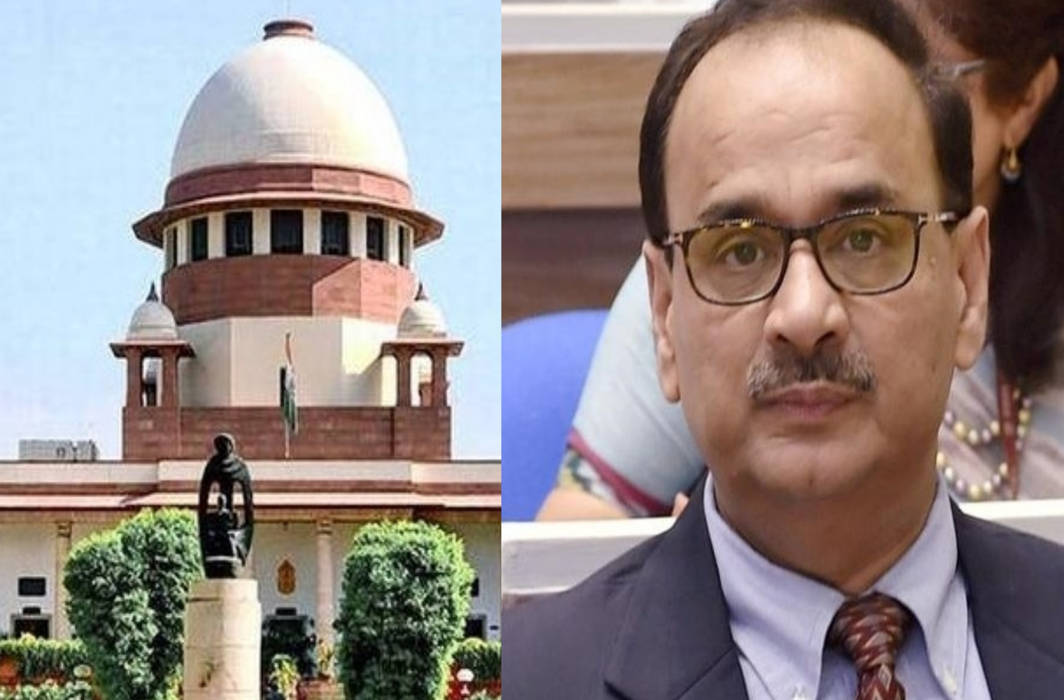 The Supreme Court today (Monday, Nov 12) deferred the hearing on CBI director Alok Verma’s case to Friday, Nov 16, after the Central Vigilance Commission submitted the report of its inquiry on charges against him a day after the deadline of Sunday.

The government lawyers passed on three volumes of the report in a sealed cover only on Monday and the judges had not had the time to read it.

The SC bench headed by Chief Justice Ranjan Gogoi told the government they had kept the court’s registry open on Sunday and had the registrar waiting for the report to be filed till 11:30 am.

The CBI also handed over the agency’s report on the decisions taken by its interim director Nageshwar Rao from October 23, ever since he took charge as CBI head.

About the delay in submitting report, Solicitor General (SG) Tushar Mehta, appearing for CVC,  told the bench, comprising Chief Justice Ranjan Gogoi and Justice S K Kaul, that it could not submit the report to the registry on Sunday as it had arrived late by an hour and the registry had closed by 11.30 am. The SG later tendered an apology and said though he was not explaining the circumstances, there was a delay on their part in submitting the report.

Mehta sought the court’s indulgence, praying that the matter be listed sometime next week, in view of inability to file the CVC report in due time. “The exercise was over on the tenth (of November). We wanted to file yesterday…..we were given time till 11:30 but we were late by one hour….,” Mehta said.

Justice Gogoi remarket, “The office was kept open on a Sunday till 12:30. You did not even send a message that you may be delayed? All our registrars were sitting here.”

“I am not complaining, only explaining why we cannot assist Your Lordships today”, replied the SG.

Senior advocate Dushyant Dave, appearing on behalf of the NGO Common Cause, commented, “It is surprising that they could open the offices till 2 AM to pass the orders (of October 23) but could not file the report.”

Further, Dave contended that though the court has restrained the interim director M Nageshwar Rao from taking any major policy decisions, some investigators continue to be changed. When Justice Kaul observed that a report in the same behalf has already been sought, Dave pointed out that the said report only pertains to the dates from October 23 to October 26.

“If you are aware of any such decisions which you think are in violation of our order, bring them to our notice. That was the spirit of the order”, asserted the Chief Justice.

The apex court fixed the hearing of Verma’s plea, challenging the Centre’s decision to divest him of his duties, on November 16.

Verma was sent on leave following a tussle with his deputy and Special CBI Director Rakesh Asthana. The feud between Verma and Asthana escalated last month, leading to the registration of an FIR against Asthana and others, including Deputy Superintendent of Police Devender Kumar, who is in CBI custody in an alleged bribery case. After the tussle between the two senior officers became public, the Centre, in a sudden overnight strike on October 23, divested both Verma and Asthana of their duties and sent them on leave.

The Centre appointed a joint director in CBI, M Nageshwar Rao, as the interim head of the CBI. Immediately after taking charge, Rao transferred all officers investigating the case against Asthana.

The very next day, Verma challenged his removal in the top court that issued notices to both the central government and the CVC. The court directed the CVC to complete the inquiry against the CBI director within two weeks. The court had also barred interim CBI head M Nageswara Rao from taking any major decision.

Asthana has also moved the Supreme Court with a separate petition in the matter and has sought removal of Verma from the post of CBI director.

Verma has been accused by Asthana of accepting bribe from meat exporter Moin Qureshi. Asthana, too, is accused of indulging in corrupt practices by Verma.

Verma in his deposition before the three-member CVC headed by KV Chowdary and is understood to have given point-wise rebuttal to all the allegations levelled against him by his deputy.

In an October 26 order, the court gave CVC two weeks to complete the probe against Verma, who has accused the government of interfering with CBI’s independence and autonomy. It also said the inquiry will be done under the supervision of a retired SC judge in a “one-time exception”.

The Congress party’s leader in the Lok Sabha, Mallikarjun Kharge, too has filed a petition in the matter, saying he should be heard because he is a member of the three-member committee that selects the CBI chief.

The other two panel members are the Prime Minister and the Chief Justice of India (CJI). Kharge is part of the panel as the leader of the largest opposition party in Parliament’s Lower House.

Also listed was a PIL by NGO Common Cause challenging the aforesaid decisions of the CVC and the Central government, besides seeking a direction for the removal of CBI Special Director Rakesh Asthana “in light of serious corruption cases pending against him in order to ensure institutional integrity?”