I will put my name in IPL mega auction, looking for a fresh start, says David Warner 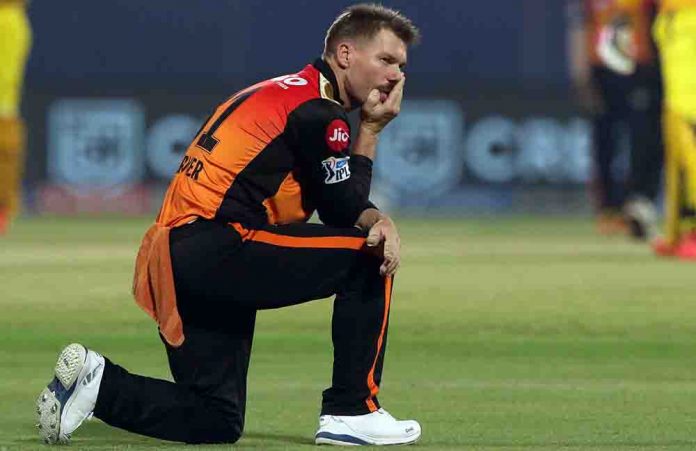 Former SunRisers Hyderabad skipper David Warner confirmed that he will put his name in IPL mega auction for the 2022 season for a fresh start. Warner began IPL 2021 as the captain of SRH, but in mid-season, he was stripped of the captaincy and later SRH management dropped him from the team.

The Australian opener is now open to join any team from the upcoming season, after putting his name in auction. Warner has led SunRisers Hyderabad to their only IPL title in the 2016 season, beating Royal Challengers Bangalore in the final. However, the southpaw had a tough IPL season this year and scored only 195 runs in eight innings he had played. For SRH, there is a possibility that they might retain Kiwi skipper Kane Williamson and leg spinner Rashid Khan.

“I will put my name in the auction. By the signs of the recent IPL, I won’t be retained by the Sunrisers, so I’m looking forward to a fresh start,” the 35-year-old said while speaking to Australian radio station SEN.

Warner said that it was a tough pill to swallow that he didn’t play in few matches. He also went on to criticize the SRH management that he didn’t get a clear explanation of why he has been dropped from the squad. He also admitted that it was very tough for him to sit out of the team and most importantly, not being allowed to travel with the team to the stadium.

Read Also: Shoaib Akhtar mocks New Zealand after its defeat to Pakistan, asks if it felt safe in UAE?

“It was a tough pill to swallow. I kind of laughed at the reasoning, that two guys were hitting the ball out of the middle a little bit better than I was. Given that when you’re playing the game you’re playing the scenario. Obviously, there are a lot of moving parts around there. What you have to do as a professional athlete is take it on the chin do everything you can for the team,” Warner added.

Recently, governing committee of the Indian Premier League (IPL) added two new teams – Ahmedabad and Lucknow – into the IPL family for the upcoming season of 2022.