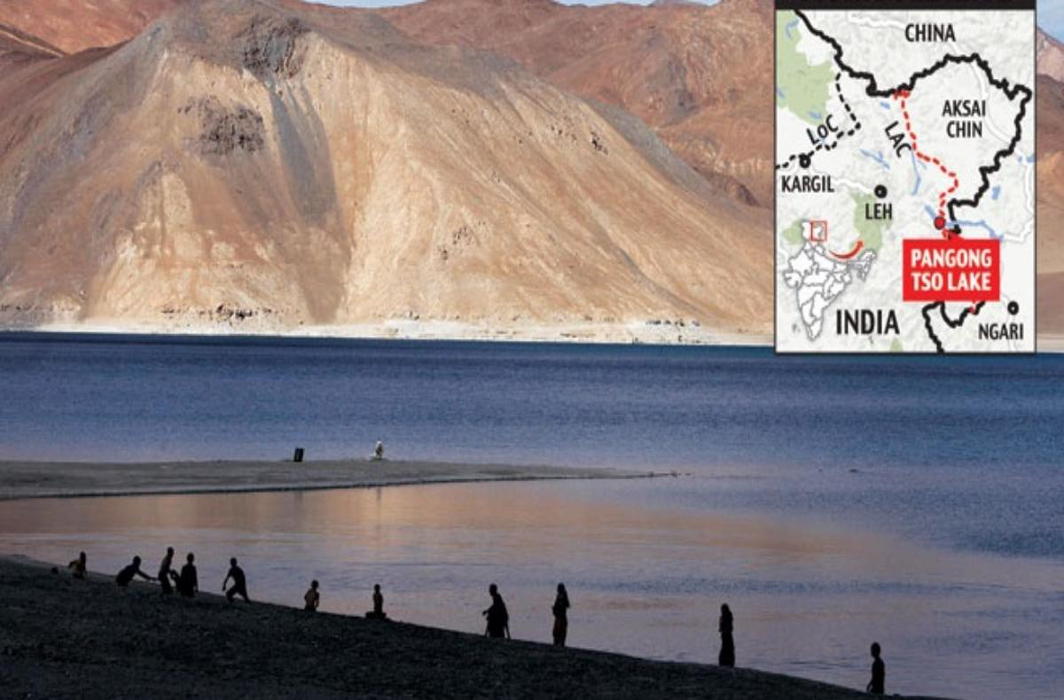 Incident comes a month ahead of Modi-Jinping summit in Mamallapuram, Tamil Nadu

Just a month ahead of the summit meet between Prime Minister Narendra Modi and Chinese President Xi Jinping on October 11-13, Chinese troops yesterday – Wednesday, Sep 11 – stopped an Indian army patrol in Ladakh leading to heated exchanges and a standoff that lasted till evening.

Indian soldiers were patrolling at the northern bank of Pangong lake on Wednesday morning when they were stopped by Chinese soldiers, according to a report in The Times of India. Soon, the standoff between the two sides started, with both calling in reinforcements and it continued till the evening, the newspaper reported.

“The matter has been de-escalated and disengaged fully after delegation-level talks yesterday. This occurs due to differing perceptions of LAC (Line of Actual Control). There are established mechanisms to resolve such occurrences,” an Army source said.

While the LAC has remained largely peaceful, there has been a pattern of stand-offs ahead of major bilateral visits between the two countries.

The present instance comes ahead of the summit meeting between Modi and Jinping at the historic coastal town of Mamallapuram on the scenic East Coast Road in Tamil Nadu. Modi will host Jinping for two days — October 11 and 13 — in Mamallapuram, according to reports.

This is not the first time that a standoff has been reported between Indian and Chinese soldiers around Ladakh’s Pangong lake, a site that also draws a lot of tourists.

In August 2017, a video of a standoff between soldiers of the two sides was widely circulated on social media, showing many soldiers from the two countries punching and kicking each other and throwing stones. The incident took place on Independence Day when Chinese troops tried to enter Indian terrain along the banks of Pangong lake, but were stopped by Indian soldiers.

The two-hour-long standoff was brought under control after a drill which sees both sides holding up banners proclaiming their rights over the disputed area before stepping back to their respective positions.

Then also, Brigadier level officers met to try and find a way to bring down tensions in the region, as was done on Wednesday.

Earlier the same year, in June 2017, there was a prolonged standoff between Indian and Chinese troops at Dokalam when Indian soldiers crossed the Sikkim border to stop the construction of a Chinese road near the ‘Chicken’s Neck’, a thin strip that links India to its north-eastern states. After more than two months of soldiers from both sides staring down at each other just 150 metres apart, the standoff, described as the worst in decades, subsided with both countries accepting that they were withdrawing their troops. China, according to several reports, proceeded to build a base near the area.

Last week, India and China postponed the next round of border talks under the “special representatives” (SR) mechanism. Top officials from both countries had been expected to meet later this month in New Delhi for the 22nd round of the talks to resolve the long-standing dispute over the 3,488 km border.

The 21st round of the talks took place near the city of Chengdu in southwest China last November.

A solution to the Sino-India border dispute continues to elude the two countries after nearly 45 rounds of talks since 1960.