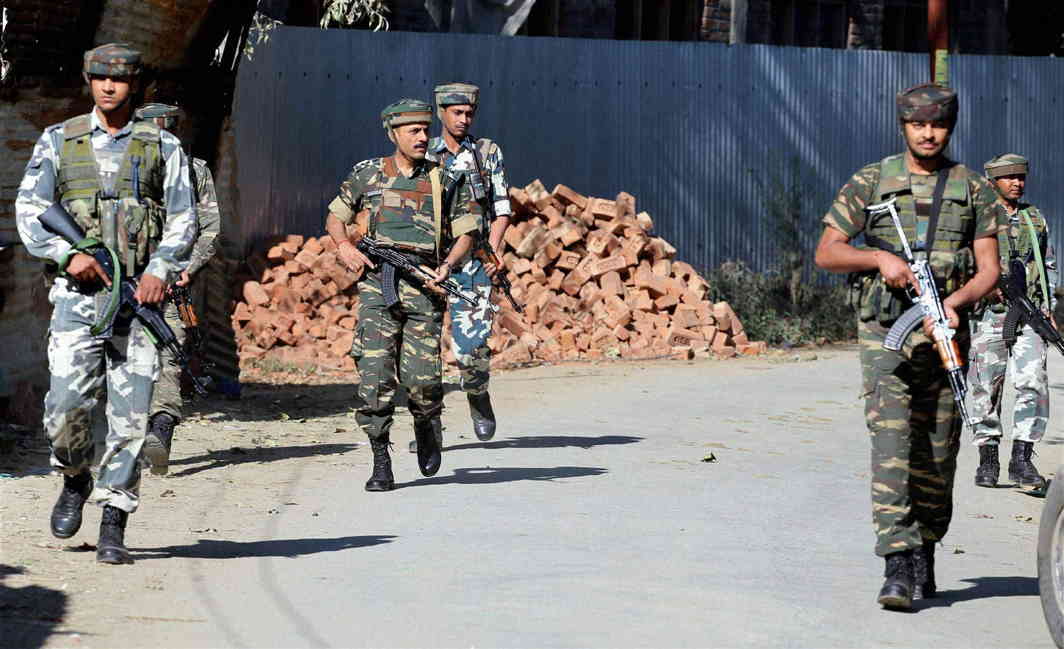 A fidayeen attack by militants of Pakistan-based terror outfit Jaish-e-Muhammad (JeM) rocked Srinagar in the wee hours of Tuesday. Three fidayeen attackers stormed the administrative block of the Border Security Force’s (BSF) 182nd battalion camp situated at Humhama near the Srinagar airport at around 4 AMtriggering an over nine-hour long gun battle with the security forces.

The militants killed one BSF assistant sub-inspector, BK Yadav and injured four other jawans. At around 1.50 pm, the Jammu and Kashmir police announced that all three militants responsible for the attack had been gunned down and that combing operations were underway in the areas surrounding the Srinagar airport.

Hours before the security agencies managed to gun down the third suicide attacker, JeM had claimed responsibility for the attack and said that the perpetrators belonged to its ‘Shaheed Afzal Guru squad’.

The attack had begun shortly after 4 AM when the militants managed to enter the BSF camp and take positions in the administrative building and JCO Mess. Police sources said the militants opened fire and also hurled hand grenades at the sentry posts.

As the Indian Army’s 53 Rajput Rifles, the BSF, Jammu and Kashmir police’s counter-insurgency Special Operations Group (SOG) and the Central Reserve Police Force (CRPF) launched a counter-operation, killing the first militant shortly after 7 AM near the main gate of the administrative block.

#UPDATE: 1 terrorist gunned down, a total of 3 BSF troopers injured in attack on campus of BSF's 182 battalion in Srinagar.

Sources said that the other two militants then took shelter in barrack number 07 of the camp and then moved to other buildings while firing intermittently at the Indian security forces. The second militant was then gunned down at around 9.30 AM.

The Srinagar airport, which is under CRPF security, was shut down completely for a few hours after the attack but resumed flight operations fully by Tuesday afternoon.

As the counter-operation raged on, Union Home Minister Rajnath Singh convened a high-level meeting at around 11.30 AM to review the situation in the aftermath of the attack. Singh’s deputy, Hansraj Ahir told media persons: “It is true that the attack on BSF camp has become a challenge for us. The camp should always be alert. The militants will have to pay heavily for entering the camp).”

Soon after the Indian security forces managed to gun down all three Jaish militants, Singh said he had complimented security personnel for successfully concluding the operation. “I have spoken to the DG CRPF and DG BSF. It was a good operation that they conducted,” the Union home minister was quoted as saying by news agency PTI.

The fidayeen attack by Jaish militants came a day after Pakistani troops violated ceasefire in Poonch district of Jammu & Kashmir, killing three minors – including a 15-year-old girl and a 10-year-old boy.