Home Latest Politics News Debt is just one aspect, farming is almost a terminal disease in... 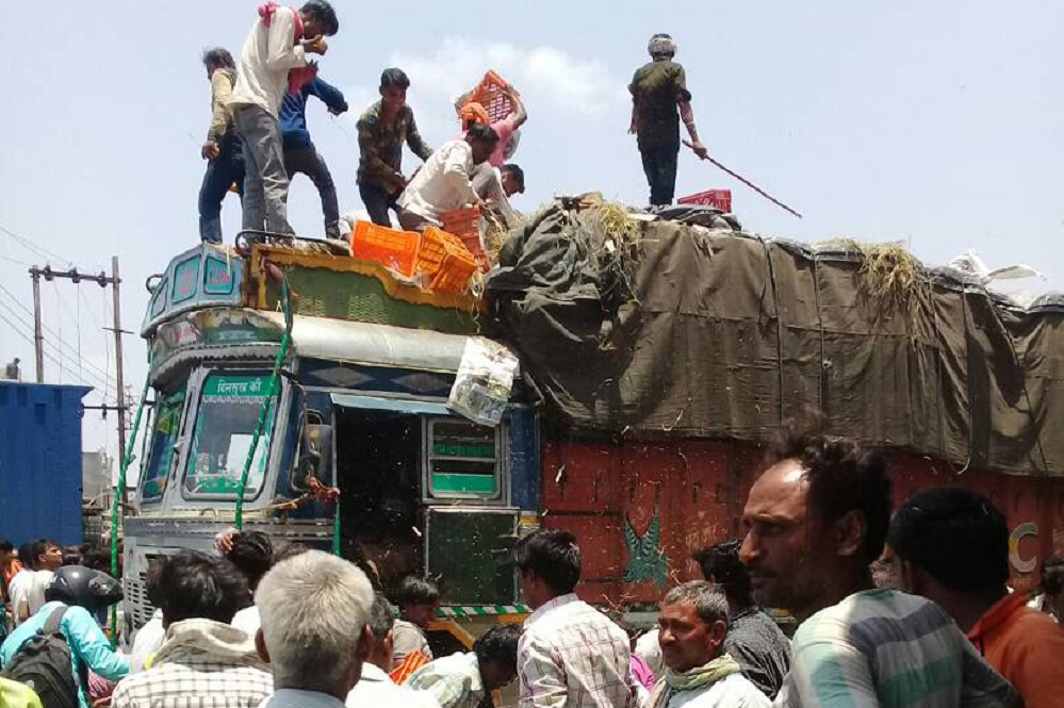 The core problems faced by farmers have not been taken seriously or been treated in an ad-hoc manner.

The anger of farmers across India, which had now escalated since at least five have been shot dead by the police in Mandsaur, Madhya Pradesh, will hopefully get some important people to take their problems seriously. However, I am not holding my breath on this one. The first response of MP Chief Minister Shivraj Singh Chouhan was to blame the Congress Party for the unrest and for the MP home minister Bhupendra Singh to claim that the farmers were killed by “anti-socials” and not by the police.

Since then, it has been established that the farmers were killed by police firings and the home minister had to admit to that. And political analyst Yogendra Yadav made a telling comment as far as Chouhan’s charge is concerned: If the Congress Party could mobilise so many people, it would have won more elections! But jokes aside, let us remember that Chouhan has been chief minister of MP since 2005. That’s many years without the Congress Party in power.

But after the bluster and lies which are signs of callous arrogance, comes the miscalculated sympathy. The first reaction is to offer money to the families of the farmers shot in police firing – after first denying that they had been shot by the police. Following a Cabinet meeting, loans will be waived, crop prices stabilised and so on. Evidence suggests that the anger of farmers has been brewing and escalating but government response is either slow or brutal and then too much too late.

Suicides by farmers across India have been rising. The reasons given by politicians have been bizarre and completely lacking empathy. Love affairs, drugs, dowry and impotency were some of the reasons provided for farmers’ suicides by Union agriculture minister Radha Mohan Agarwal in 2015. Reports suggest that suicides by farmers went up by 42 per cent between 2014 and 2015. Government data also suggests that most farmers killed themselves because of being unable to pay bank loans rather than other reasons including affairs and sexual problems.

Incidentally, the Union agriculture minister – and the BJP is quick to educate us that Agarwal has no connection to the unhappiness of farmers in India, not even a show of sympathy, since agriculture is also a state subject – is learning yoga in Bihar from Baba Ramdev. From what I saw on television he was somewhat unsuccessfully trying to do the Vrikshasana, a balancing act which indeed all politicians should learn.

Unfortunately for years, and this includes all governments, the core problems faced by farmers have not been taken seriously or been treated in an ad-hoc manner. All farmers have also been lumped together in one category when in fact there is a big gamut from large and corporate farmers and marginal and subsistence farmers. Politicians use loan waivers to gain votes but do nothing to stop farmers from falling into the same debt cycle. Experts like Devinder Sharma ask for better understanding from agricultural scientists and policy analysts but little help is forthcoming.

There is also an issue with cost and pricing which again leads to accusations and counter-accusations. There is political wrangling at some point to protect other votebanks along the food chain – middlemen, agricultural produce marketing committees – which only ensures that the price difference between what the farmer gets for his produce and what the end consumer pays for it is enormous.

Across the world, farmers are given subsidies by governments. Sometimes these are counter-productive like the corn revolution that has led to a dangerous instant food industry in the US, explained in horrifying detail by Michael Pollan in his book, An Omnivore’s Dilemma. But in most cases, it is because governments understand the importance of agriculturalists and also the simple fact that people have to eat.

In India, we are caught in a trap not unlike the farmers’ debt trap. We pay them lip service at times. At other times, we call them goons who duck income and other taxes and who only want “sops” from governments. Neither of these attitudes help in getting even close to solving the problems affecting Indian agriculture. And let us remember that we are still largely an agricultural economy.

Pricing, farm-gate to market distribution, lack of storage facilities, ignorance of new advances in agricultural sciences, forced buying of seeds pesticides and fertilisers, uneven access to new techniques, large differences in types of farmers and farming practices – these are only some of the problems which affect farmers in India apart from the inevitable debt traps. Add to this political opportunism by most parties and ignorance or disdain of economists and the anger visible today was only inevitable.

But the past is passed. What is required is immediate – and it has to come from listening to protesters and understanding them. Surely shooting to kill by the police – whatever the provocation – is unwarranted, condemnable and completely counter-productive.