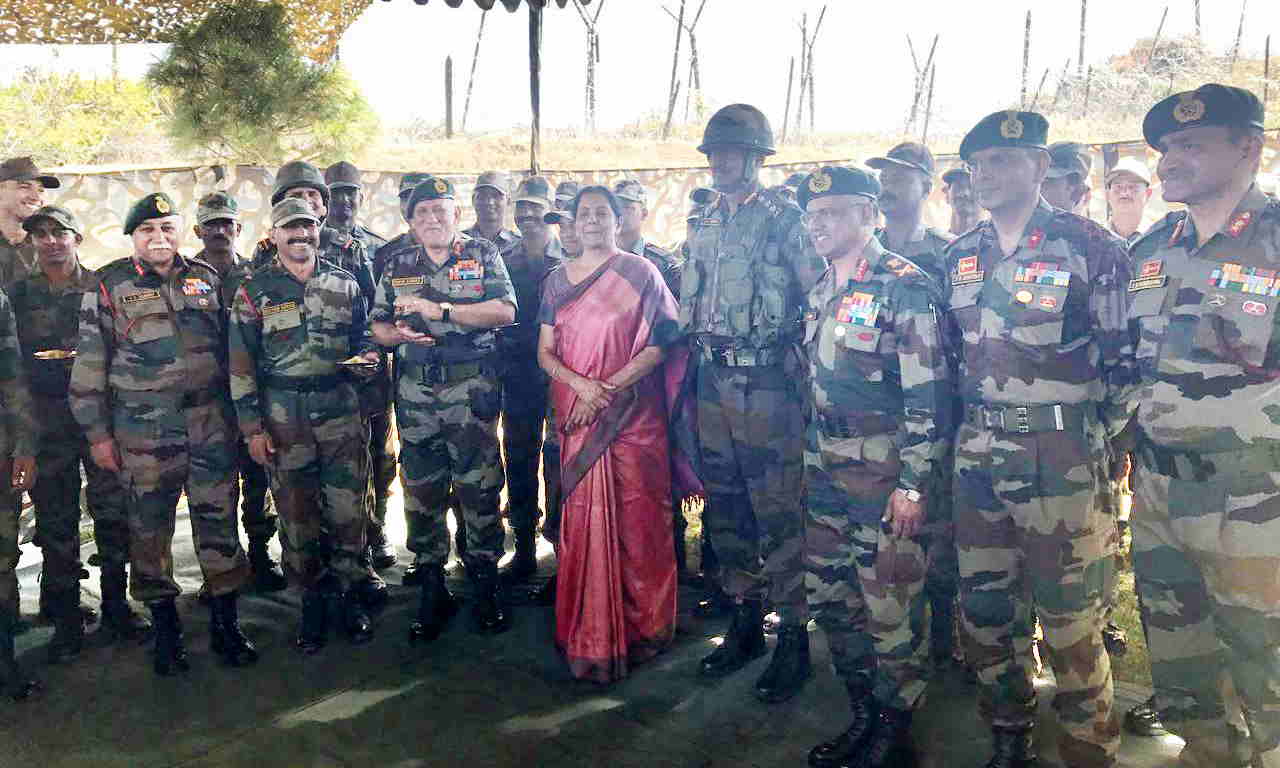 Sitharaman began her two-day visit to J&K on Friday. This is her visit of the state after being elevated as Union defence minister earlier this month

Defence Minister Nirmala Sitharaman, who began her two-day visit of Jammu and Kashmir on Friday, inaugurated the strategically important Pratham-Shyok bridge on Saturday. The bridge which has been a long-standing demand of the Indian Armed Forces posted in the difficult terrain of Ladakh will link Leh to Karakoram and provide crucial assistance for military transport on the Darbuk-Shyok-Daulat Beg Olde axis.

In her interaction with officers and personnel of the Border Roads Organisation (BRO), Sitharaman hailed their efforts at constructing bridges and roads at such high-altitudes and through its tricky topography as “nothing short of a miracle”.

The Pratham-Shyok bridge built on the Shyok Gong river – a key water body of the Ladakh region – is not only crucial for the Indian Armed Forces but will also help locals commuting between villages of the region.

Sitharaman told the BRO and security personnel that the central government, led by Prime Minister Narendra Modi, is “committed to spending time with the jawans and do whatever is possible for them.”

This is Sitharaman’s first visit to J&K ever since she was elevated as defence minister by Modi during the expansion and reshuffle of his council of ministers in September 3. She is the first woman to hold full charge of the country’s defence portfolio.

On Friday, when Sitharaman reached Srinagar to begin her visit of the state and review security situation in the strife-torn region, she went to the Chinar Corps Headquarters where she was given an overview of counter-infiltration and counter-militancy operations carried out by the Army across the Valley.

She also held discussions with J&K Governor NN Vohra and Chief Minister Mehbooba Mufti with whose party –PDP – the BJP is running a coalition government in the state.

An official spokesman said that Mufti has sought Sitharaman’s “personal intervention” to ensure that certain pockets of land in the state that were no longer required for military purposes but were still under control of the Indian Army are returned to the state government. The chief minister, it is learnt, also pitched for construction of tunnels at Razdan pass on Bandipore- Gurez road and Sadhana pass on the Kupwara- Tangdhar road and proposed the idea of opening the Battalik and Siachin base for tourism purposes.