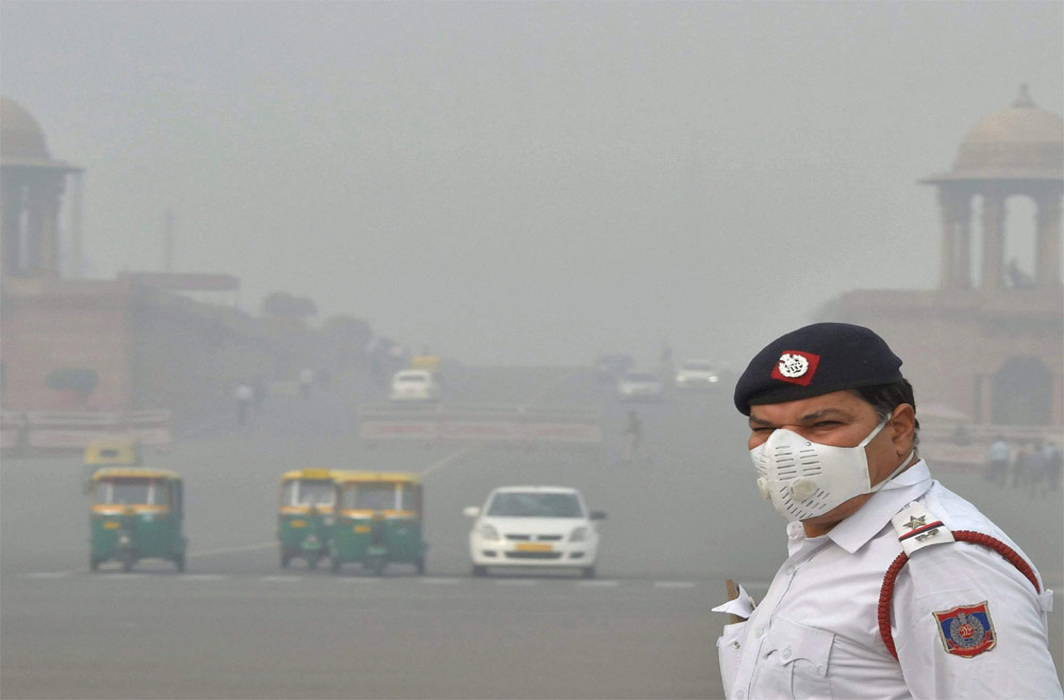 Within two days after the emergency plan to tackle air pollution in Delhi- National Capital Region (NCR) came into force on Monday, the air quality in the area deteriorated to ‘very poor’ today (Wednesday, October 17), with several parts nearing the ‘severe’ level.

The air quality index (AQI) in the noon today was 309, worsening from 291 the previous evening, said Centre-run System of Air Quality Forecasting and Research (SAFAR).

Further deterioration of air quality is forecast in the coming days.

Media reports quoted an official with the CPCB as saying that a number of factors are responsible for deteriorating air quality, including vehicular pollution, construction activities and meteorological factors. Among meteorological factors the main reason is the drop and change of wind speed which is now flowing from the stubble burning areas, another official said.

On Monday, an emergency action plan to tackle poor air quality in Delhi came into force. This started with a ban on diesel generator sets. Measures also covering surrounding parts of the NCR include mechanised sweeping of roads and deployment of traffic police to ensure smooth passage of traffic in vulnerable areas.

The measures are part of the Graded Response Action Plan (GRAP), which was put in place in 2017 on the directions of the Supreme Court after high pollution levels in the National Capital Region in the winter of 2016.

The GRAP, notified by the Ministry of Environment, Forest and Climate Change in 2012, prescribes a set of measures to curb air pollution based on the CPCB daily Air Quality Index.

The emergency plan gets implemented if ‘very poor’ or ‘severe’ air pollution levels are recorded for 48 hours, but given the extent of winter pollution witnessed by the national capital, the plan has been implemented as the air quality slipped to the ‘poor’ category, the official said.

In addition, the CPCB has also deployed 41 teams to monitor the implementation of measures taken to combat air pollution, media reports said.