Gandhi said he spoke with the family and they want nothing but justice. 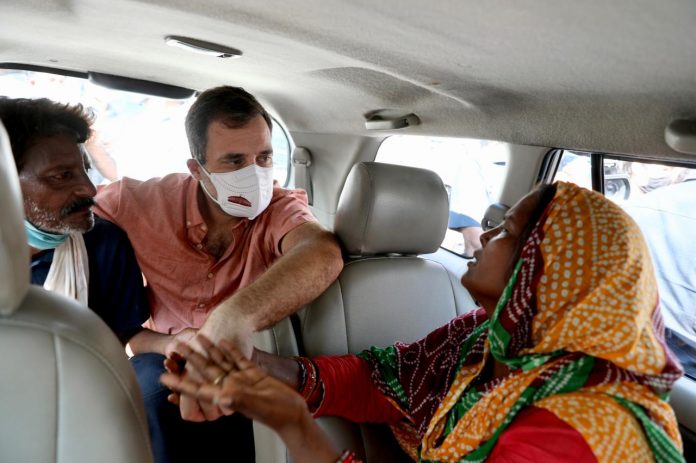 Congress MP Rahul Gandhi on Wednesday met the family of the nine-year-old Dalit girl raped and murdered in Delhi’s Cantonment area by a priest and his three companions on Sunday, and whose body was forcibly cremated by her perpetrators.

Gandhi posted a video of the victim’s parents on his Instagram account in which he is seen consoling them in his car. He wrote: Justice is the only way to bear this misery. Justice should be done soon, I am with them in this.

Shortly afterward he tweeted: Her parents’ tears are saying only one thing – their daughter, the daughter of this country, deserves justice. And I am with them on this path of justice.

A nine-year-old Dalit girl was raped and murdered and her body was forcibly cremated by her four men including a priest in Delhi’s Old Nangal village. The accused identified Radhey Shyam (priest), Kuldeep, Laxmi Narain and Salim have been arrested by the Delhi police and sent to judicial custody. The probe into the case is on. The locals are holding protests against the crime, demanding justice for the nine-year-old.