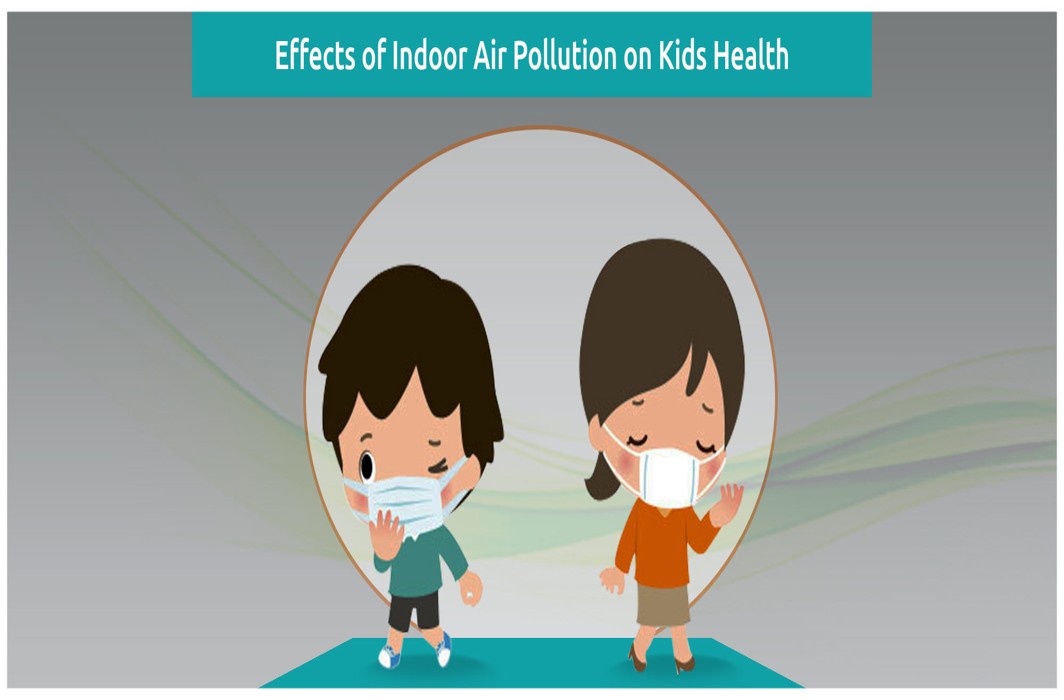 Children growing up in polluted environments of Delhi have reduced lung growth compared to the children in developed countries like the US, a study published in the Journal of Indian Paediatrics has revealed.

The study shows that while children in both India and the US have nearly the same lung size till the age of about 8 years, when lungs complete their normal physical growth, subsequent growth is progressively different in both nations. Indian children show slower lung growth and reach a final size that is lower than the growth and size found in Caucasian children in the US.  Lung size in both Indian boys and girls is about 10% smaller when they reach adulthood.

The study highlights that air quality and childhood infections adversely affect lung growth besides genetic factors. Smaller lungs translate into poorer exercise capacity and greater vulnerability to respiratory symptoms and diseases. Given the fact that 40 percent of Indian children reside in cities, this is a serious situation.

The state level record, said a release from Centre for Science and Environment (CSE), also exposes the following:

— Since 1990 overall life expectancy has gone up from about average 64 years to 73 years in 2016 in Delhi. But the quality of life shows significant decline as the overall disease burden in the city has increased.

— Diseases that are worst affected by air pollution including cardiovascular diseases, chronic respiratory diseases (COPD), and cancers have shown dramatic increase since 1990. In 1990 COPD was ranked 13 among leading causes of illness and lost life years. But this has now shot up to rank 3. Similarly, Ischemic heart disease that greatly influenced by air pollution has gone up from rank 5 to number 1; and diabetes from rank 22 to rank 5 and stroke from rank 16 to rank 15.

—  Making mockery of the population dividend, the younger age group in the city (40-69 years age), more than 60 per cent of them, are affected in varying proportion by chronic respiratory disease, cardiovascular disease, and cancers.  This age group contributes 41 per cent of total deaths in the city.

— Ischemic heart disease and lower respiratory infections are the top two leading causes of deaths among female and males. In fact the GBD has already established that in India more than 50 per cent of the premature deaths that is triggered by air pollution are from ischemic heart disease.

“If this does not wake us up to the health emergency, what will? Those who are in denial of environmental pollution-related deaths and illness in India should understand that the scary death tally and illness of Indians and children makes a mockery of India’s growth story,” said Anumita Roychowdhury, Executive Director, Research and Advocacy, Centre for Science and Environment.

“India will have to do drastically a lot more to reduce pollution exposure and not less of it. It will be criminal not to act on the mounting health evidences and ask for more evidences from our own children, elderly and vulnerable. Indian lung is not different from others.”

Air pollution takes six million lives each year worldwide, and India tops the list where 1.9 million premature deaths occur due to outdoor and indoor air pollution, says the Report of the Lancet Commission on Health and Pollution.

The release issued by the CSE noted that leading medical and public health experts came together on Tuesday under the aegis of the Indian Council of Medical Research, Ministry of Health and Family Welfare, to release the first-ever systematic assessment of burden of disease at both the national and State-level in India. The report notes the progress in increasing life expectancy across the country and in all States, although improvements vary substantially across States. However, the report warns that air pollution remains the second most important risk factor nationally.

The CSE release also noted that the Report of the Lancet Commission on Health and Pollution has looked at the full range of environmental health risks reporting, based on the systematic Global Burden of Disease estimate. This shows some 9 million deaths occur each year worldwide due to air water and chemical exposures. Air pollution is at the top of the list, with outdoor and indoor air pollution contributing the lion’s share, some 6 million deaths. India remains one of the worst affected where 1.9 million premature deaths occur due to outdoor and indoor air pollution.

The group noted that the evidence makes it clear that comprehensive and long-term strategies for reducing air pollution are critical to protect public health. At the same time, they note that this is likely an underestimate and that there are many exposures for which data is not yet strong enough to quantify the effects.