Home Delhi Elections "I am the CM of every Delhiite across party lines," says Arvind...
Delhi ElectionsLatest india newsLatest News 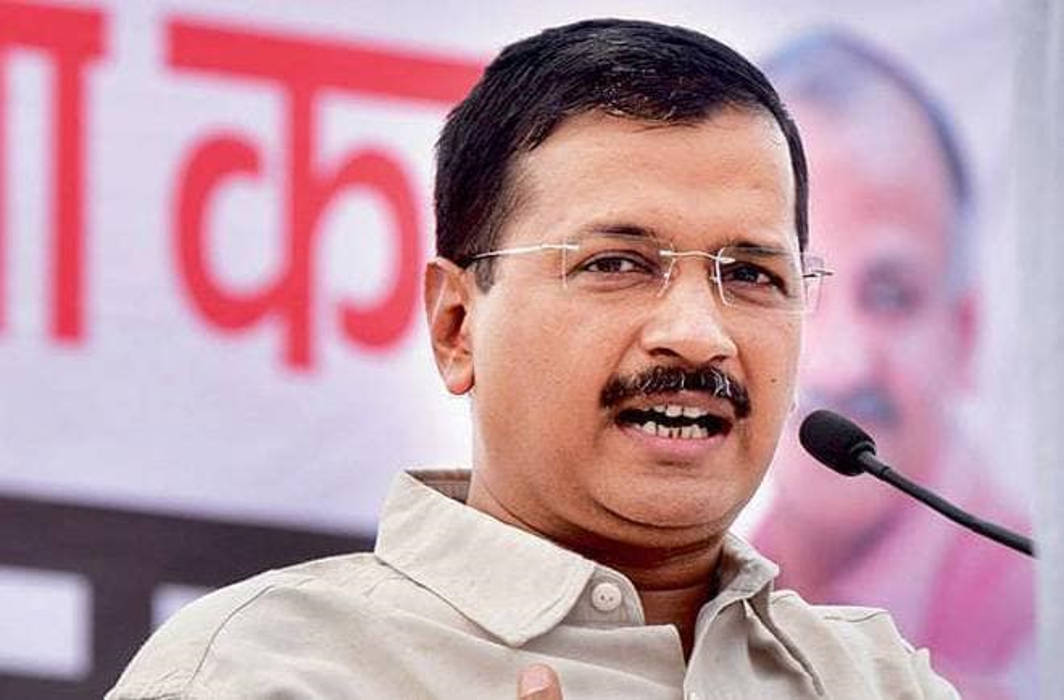 AAP chief Arvind Kejriwal has taken oath as the Chief Minister of Delhi for the third consecutive time at the Ramlila Maidan today. He was sworn in at 12.15 am.

Arvind Kejriwal has invited Prime Minister Narendra Modi and the ‘Baby Mufflerman’, Aavyan Tomar, to his swearing-in ceremony. PM Modi did not attend the ceremony as he was in Varanasi to inaugurate new projects.

All seven Delhi MPs and eight newly elected BJP MLAs were invited for the oath-taking ceremony.

Around 50 people from different walks of life who are ‘Delhi ke Nirmata’ and contributed to the development of the city during the last five years also shared the stage with Kejriwal.

1:10 pm: “Nature has ensured every valuable thing in the world is free, be it Mother’s love, father’s blessings or Shravan Kumar’s dedication. I cannot charge the students of Delhi for studies. I can’t charge patients visiting Delhi hospitals. The world will soon hail India. I want to work with the Centre to make Delhi number one city,” said Arvind Kejriwal.

12:45 pm: “I am the CM for every Delhiite. You are now my family and I will work for you irrespective of class, economic status, religion and caste,” Arvind Kejriwal said.

“Much has to be accomplished in Delhi, but it can only be done with your support,” he said, urging all parties to forget all that happened during the election.

“Let’s work together to make Delhi progress. I am ready to work with the Centre for Delhi’s betterment. I want Modi’s blessing too for Delhi’s vikas,” he said, adding that the people of Delhi have given “birth to new politics”.

12:32 pm: Delhi CM Arvind Kejriwal addresses the gathering, says, this is not my victory but of every Delhi resident, every mother, sister, youth, student and family.

“This is not my win, this is the victory of every Delhiite, of every family. In the last five years, our only effort has been to bring happiness and relief to every Delhiite,” he said.

12:30 pm: Oath-taking ceremony ends with the national anthem being played.

Huge crowd gathered at Ram Leela Maidan to witness yet another historic event.

11:55 am: Delhi Lieutenant Governor Anil Baijal arrives at Ramlila Maidan for the swearing-in ceremony of Arvind Kejriwal and other AAP leaders.

11:50 am: “For all the talk about Shaheen Bagh, and this is a constituency which is located right next to Shaheen Bagh, we share this entire border with the Okhla constituency, it is clear that people voted for education and healthcare over polarisation and divisive politics,” Atishi said.

“Of the nearly 72,000 people who live here, all the children from here go to government schools. And you can just see how their lives have changed,” she added.

11:45 am: CM-designate Arvind Kejriwal arrives at Ramlila Maidan with his family.

11:30 am: AAP leaders Manish Sisodia and Atishi arrive at the event.

11:00 am: Tennis player Sumit Nagal has also been invited to attend the ceremony.

10:40 am: Vijay Kumar, a beneficiary of the Delhi government’s Jai Bhim Mukhyamantri Pratibha Vikas Yojana and Lajwanti, a safai karamchari (sanitation worker), would be among the 45 guests, picked from a diverse spectrum of the society, at the swearing-in ceremony.

While Kumar won himself a coveted ticket to IIT-Delhi, drawing the benefits of free tuition under the state scheme, Lajwanti has been labouring away diligently over the last nine years.

10:20 am: Delhi’s Directorate of Education (DoE) on Saturday went back on its circular making he attendance of teachers at the oath-taking ceremony of Arvind Kejriwal mandatory. The new circular read, “It is clarified that aforesaid communication is ‘invitational’ in nature. Therefore, no attendance will be taken or compiled at the entry gates. All other instructions in the said circular may be adhered to.”

10:10 am: People have started pouring in at the venue as AAP chief Arvind Kejriwal will take oath as Delhi chief minister at 12.15 p.m.

10:00 am: Delhi police have announced traffic restrictions in central Delhi that will be in effect from 8 a.m. to 2 p.m.

9:55 am:  “It is a good thing that teachers were invited for the swearing-in ceremony but forcing them to follow the government orders is the beginning of a wrong tradition,” BJP’s Kapil Mishra tweeted in Hindi slamming the Aam Aadmi Party.

9:50 am: PM Modi has not confirmed his attendance at the swearing-in ceremony and is scheduled to inaugurate 30 projects in Varanasi.

9:45 am: Around 50 people from different walks of life who are responsible for ‘Delhi nirman’ will share stage with Kejriwal during his swearing-in ceremony, AAP leader Manish Sisodia said. It would include teachers, bus marshalls, architects of the Signature Bridge and families of firefighters who lost their lives.

ere is nothing wrong if Arvind Kejriwal ji thinks that the same cabinet should be repeated. People are happy with the work of the cabinet and we won the elections on basis of our work. We will continue to build and maintain the confidence of the people,” AAP leader Manish Sisodia.

9:25 am: Arvind Kejriwal has invited Delhi teachers for the swearing-in ceremony where their attendance is mandatory.

Delhi: A banner seen at Ramlila Ground where preparations are underway for the swearing-in ceremony of Chief Minister-designate Arvind Kejriwal https://t.co/PoxqhcX6Zv pic.twitter.com/s7gqnQP284

9: 05 am: 45,000 chairs are installed at the venue as the AAP and Arvind Kejriwal have invited all Delhi residents to the ceremony.

9:00 am: 3,000 security personnel are deployed at Ramlila Maidan for the swearing-in ceremony of Arvind Kejriwal and other Delhi cabinet ministers.

Hosted my Delhi Cabinet designate colleagues for dinner at my residence. Congratulated them on their victory in the election and wished them success for their terms as Ministers in the Delhi govt. pic.twitter.com/NTAT1yXQUn

8:30 am: Aam Aadmi Party claimed a resounding victory in Delhi as the party won 62 seats in the 70-constituency Delhi Assembly. BJP managed to win eight seats.