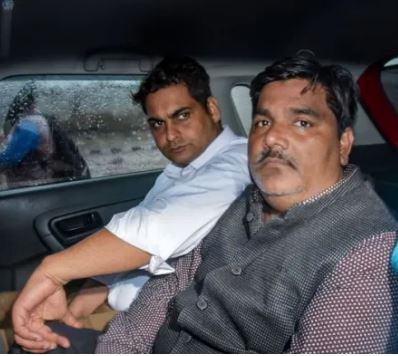 A Delhi court on Thursday dismissed three bail pleas of suspended Aam Aadmi Party councilor Tahir Hussain in connection with cases related to the north-east Delhi riots that erupted in February this year. Dismissing the bail request, the court said AAP councillor act as a key player in planning, instigating and fanning the violence in north east Delhi. The court also observed that the accused was in north east Delhi at the time of eruption of communal riots. He used his muscle power in fanning riots.

The observations in the case were made by Additional Session Judge Vinod Yadav in an order wherein he agreed with Special Public Prosecutor Manoj Choudhary’s argument that Tahir claiming parity with co-accused who is enlarged on bail was illogical. The Prosecutor also claimed that the role assigned to him in the matter is totally different from rest of the co-accused.

Tahir’s lawyer, Senior Advocate KK Manan and Uditi Bali had argued that Tahir has been caught up in a political cross-fire and the allegations against him are nothing, but a political blame game to malign his image. Tahir was falsely implicated in the matter by the investigating agency and his political rivals are harassing him.

Additional Jude Vinod Yadav found enough on record evidences against AAP Councilor in his observation. Yadav said the applicant was very well present at the spot of crime and encouraged the rioters of a particular community for violence. He did not use his hand and fists but he was working as a human weapon in the north east Delhi riots.

Read Also: 18-year-old Delhi student beaten to death over friendship with a woman

According to the Delhi Police, Tahir Hussain is one of the prime accused of northeast Delhi riots in which at least 53 people lost their lives and hundreds of others were injured. Tahir Hussain was in judicial custody in the cases since March 16 this year.