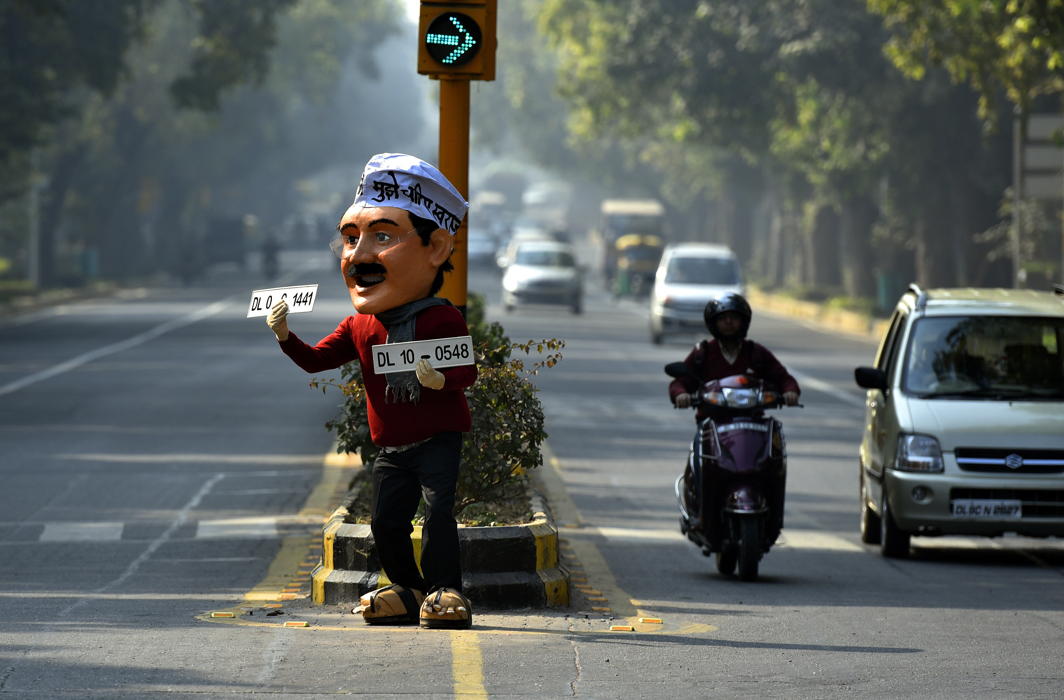 Women will be exempted from the plan. The scheme will also not be implemented on weekends, the chief minister said.

The announcement was made a day after Kejriwal met experts to discuss ways to contain winter-time pollution in the capital and received a thumbs-up from them on the odd-even formula, which was first implemented by the government in 2016.

Kejriwal said that the scheme will result in a 10-13% reduction in pollution in winters when crop burning takes place in neighbouring states.

November marks the start of the four-month period when pollution is highest in the national capital region.

However, the CM said, scheme will not be implemented if pollution does not cross the danger levels set by the Graded Response Action Plan of the Central Pollution Control Board.

Briefing reporters, Kejriwal said odd-even scheme would be part of a seven-point action plan to combat air pollution caused due to crop burning by farmers in neighbouring states of Punjab and Haryana starting October. Other measures include procuring masks on a mass scale to provide it to people, mechanised sweeping of roads, tree plantation, and special plans for 12 pollution hot spots in the city.

Kejriwal said, “We are procuring masks on a massive scale. We will make them available to the people for free. Will start making them available in October, so that people have them before November 1 when smoke starts coming. N95 category masks are being acquired.”

A campaign against firecrackers will also be launched. “As per the Supreme Court’s direction, we want the residents of Delhi to not burn crackers. Delhi government will organize a Lazer show on choti diwali so that the city can together celebrate the festival,” Kejriwal said.

Providing further details, the AAP chief said every ward will have two environment marshals to control polluting activities in that ward.

A massive plantation drive will also be undertaken and a helpline number will be released to ensure saplings are delivered to the people in their homes.

A war room will also be developed to address public grievances.

The Delhi government also identified 12 spots across the national capital, witnessing high levels of pollution. A separate plan will be made for them, Kejriwal said.

As part of long term measures, Kejriwal said an additional number of around 4,000 buses will be deployed and that the bus aggregator policy will be notified soon. Route rationalisation will be done for increasing the frequency of buses.

Bus stands will be also be revamped – the arrival status will be seen on boards or can be viewed on mobile applications. The electric vehicle policy will also be notified soon. Around 1,000 electric buses will be introduced, Kejriwal announced.

The most polluted months of the year are November, December and January, with pollution peaking in November.

The Delhi chief minister also backed the new traffic challans and said the move has helped improve traffic situation. “I’ve talked to many people. We all want traffic situation to improve. We want to stop the accidents on roads. We all know how much traffic is indisciplined in Delhi. We have to agree that traffic situation has been improved after the new rule. We are monitoring the rule and if there’s any clause which needs to be modified and Delhi government has the authority to overlook it, then we’ll have a look at it,” said Kejriwal.

“There has been a significant improvement in the compliance of traffic rules in Delhi since the implementation of the amended Motor Vehicle Act. The enforcement of traffic rules has become easy. We will try to reduce the traffic fines that are causing incovenience to the common man in Delhi,” Kejriwal added.

Delhi has been ranked on top of the World Health Organisation’s ranking of the world’s most polluted cities for several years, with vehicular and industrial emissions, dust from building sites, and smoke from the burning of waste and crop residue contributing to it.

The pollution has gone down nearly 25 per cent in the last three years compared to the 2011-2014 period, but studies show that pollution needs to be further cut by 65 per cent to meet clean air targets.

While questions have often been raised on the effectiveness of the odd-even scheme, the Delhi government in a statement said Dr Ken Lee, executive director of Energy Policy Institute at University of Chicago, had on Thursday said the pilot scheme in January 2016 had “reduced particulate air pollution concentrations by 14 to 16%”. But it was highlighted that it remains an emergency measure and not a long-term solution.

Not all studies, however, are equally enthusiastic about its impact. In 2017, a joint study conducted by atmospheric scientists of IITs and IIM had revealed that pollution levels declined only by 2%-3% in the first phase of odd-even scheme. Only three areas in Delhi—Najafgarh, Shalimar Bagh and Greater Kailash—witnessed 8%-10% drop in pollution, the study said.