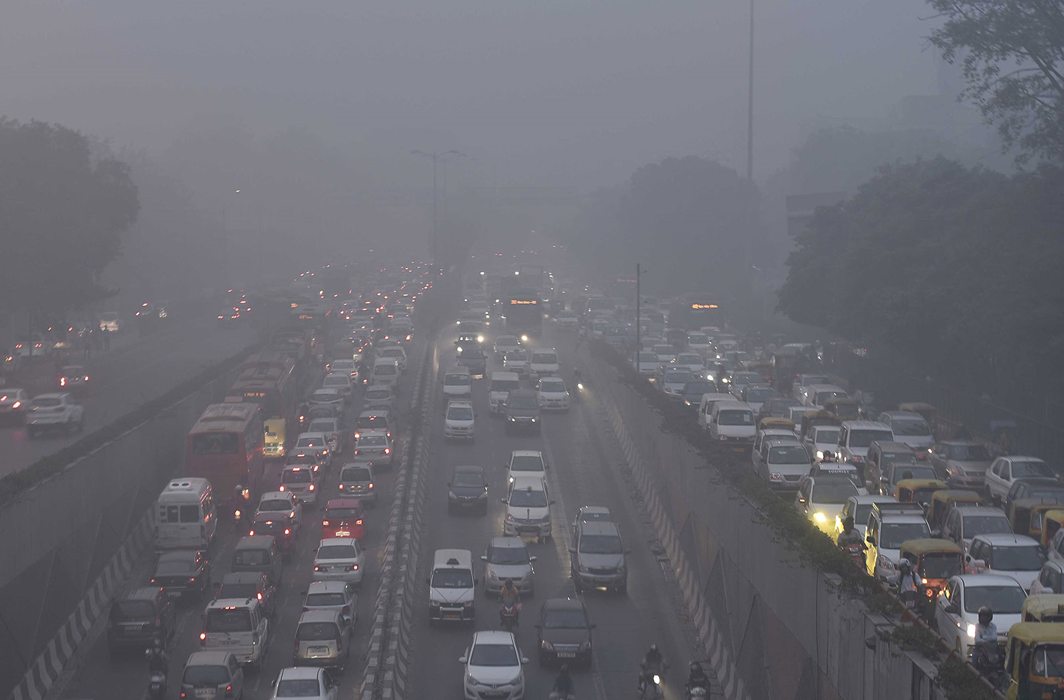 After getting a go-ahead for the odd-even traffic scheme from National Green Tribunal (NGT), with conditions attached, the Delhi government on Saturday called off the car rationing programme that was supposed to start from Monday, Transport Minister Kailash Gahlot said.

The decision was taken at the Cabinet a meeting at Chief Minister Arvind Kejriwal’s residence to reconsider the plan after the NGT ordered the government not to give any exemptions, including to two-wheeler users and women,

Gahlot said though the government “respected” the NGT’s decision, including two wheelers and women for odd-even made it difficult to implement the programme. He said Delhi had more than 60 lakh two-wheelers, so if half of them were off the roads on any day during odd-even, 30 lakh people would have to be accommodated in public transport, which was not possible. He added that keeping in view the safety of women, the government could not include them in odd-even.

The Delhi government would go back to the NGT on Monday to file a review. Gahlot also said the levels of PM2.5 and PM10, which had been in the severe category since Tuesday, had reduced.

Earlier in the day, the NGT gave its nod for implementation of odd-even traffic scheme – with conditions – in Delhi to check air pollution in the city. It also directed governments of neighbouring states to take steps to mitigate the problem.

The orders came at a special sitting NGT held on Saturday to allow the Delhi government to convince it of the merits of the scheme and asked it to be ready with answers.

The odd-even scheme will be rolled out in Delhi for five days from November 13 to November 17. The scheme will be in place from 8 am to 8 pm. The Delhi government said on Friday that it will allow free travel for commuters in all the Delhi Transport Corporation (DTC) and its cluster buses during the Odd-Even scheme.

On Friday, the NGT bench, headed by Justice Swatantra Kumar, had rapped Delhi government and asked it not to implement odd-even scheme unless they satisfy the court about its rationale and that it would not be counter-productive. “Odd-Even formula cannot be imposed like this. You can’t have a shock treatment like this. By this scheme, you are only encouraging people to buy more vehicles and allowing more inter-state traffic. We will not allow odd-even vehicle rationalisation scheme until you prove that it’s not counterproductive,” the NGT bench had said.

On Saturday, the bench asked the government whether it was sure of the odd-even scheme benefit. “Citizens should not be affected by it and no inconvenience should be caused,” the bench observed.

The NGT also said there would be no exemptions for officials, women and two-wheelers in implementing odd-even scheme in Delhi. It observed that water sprinkling, to prevent dust in air, is a better way to control pollution.

Earlier, the Central Pollution Control Board (CPCB) and the Delhi Pollution Control Committee (DPCC) submitted that two wheelers are more polluting than four wheelers, and their emissions comprise 20 per cent of the total vehicular pollution.

Before allowing the Delhi government to go ahead with its vehicle rota scheme in the city, the NGT issued a set of orders aimed at reducing air pollution.

The NGT asked the Delhi government not to hike the parking fees as it would “only benefit the parking lots, and would stress people even further, thereby encouraging them to park vehicles on the roads instead, choking them in the process.”

The NGT also directed all the neighbouring state governments and departments to ensure complete mechanism and procedures are followed during the environmental emergency. “Don’t wait for a crisis situation and work well together,” it said, asking the Delhi police to also be in constant touch with authorities.

The NGT also asked Uttar Pradesh Government over the number of violators challaned in Noida and Greater Noida.

“Do not test our patience. When statistics indicate that rains lead to a fall in pollution levels, why did you take time to spray water? You’re only taking the decision after the tribunal directed you to,” the NGT said to the Delhi government.

Earlier during the hearing, the CPCB submitted before the NGT that rain could take place in the next two days.

The Indian Meteorological Department (IMD) on Friday said air quality in the capital should improve from Saturday as wind speed would pick up and help disperse pollutants. “We expect wind speed of 19-20 kilometres per hour from Saturday afternoon. The temperature is not expected to be too low either and we expect a marked improvement in air quality starting Saturday,” a senior IMD official said.

Since Wednesday, the national capital has been reeling in smog, thanks to several factors including stubble burning in neighbouring states, and heavy condensation.

According to IMD and the Central Pollution Control Board data, a combination of low temperature and slow winds made November 8 one of the most polluted days in the city in several months.