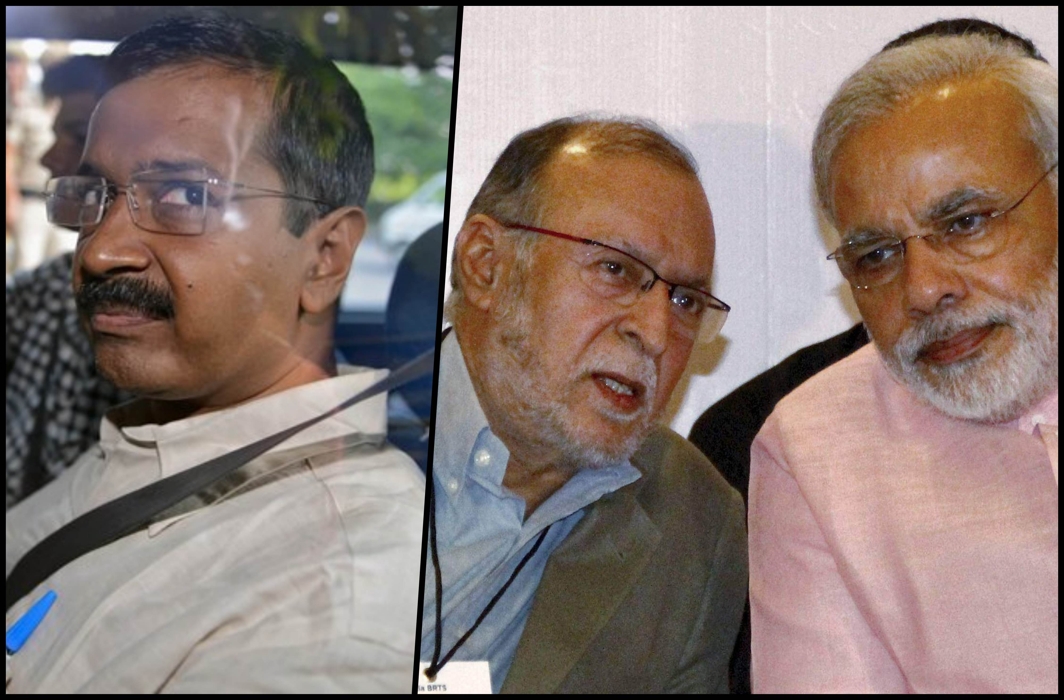 Ruling on the issue of division of powers between the Delhi Government and the Centre, the Supreme Court’s two-judge bench today (Thursday, Feb 14) delivered a split verdict on control over junior posts and subordinate services but favoured Centre over the key issues of control over higher posts and the anti-corruption branch (ACB).

The SC Bench of Justices AK Sikri and Ashok Bhushan ruled in favour of Centre on the issue of  the Anti-Corruption Bureau issue and the power to institute commission of enquiry. The judges concurred that Centre had absolute power as regards control over the Anti-Corruption Branch.

The ACB, which is the state government’s vigilance department, has officers from the Delhi police which is under the Union Home Ministry. The ACB has the power to register FIRs and make arrests in alleged corruption cases.

The court also said the right to post and transfer Grade 1 and Grade 2 officers and the power to institute a commission of inquiry lay with the Centre.

Justice Sikri held that transfers and posting of bureaucrats on the level of Joint Secretary and above are in the domain of the LG while the junior babus can be transferred by the Delhi government. He added that in case of a difference of opinion on the transfers between the two power centers, the view of the LG will prevail.

Justice Bhushan, in his separate judgment, disagreed with Justice Sikri’s view and held that the bureaucracy in its entirety should be under the control of the LG.

Electricity and revenue departments (fixing of circle rates), appointing special public prosecutor and appointment of directors in discoms will come under Delhi government, the court said.

On electricity act and Delhi electricity reforms act, the judges said that after going through the provision this power lies with the Delhi government and centre has no authority.

Delivering it verdict on the rates for agricultural land, the judges said the LG can form an opinion but not on each and every matter. “LG is not expected to differ routinely but in cogent cases. There may be contingencies where LG and ministers may differ, LG is supposed to refer the difference to President, decision cannot be implemented without referring to LG,” the court said.

Elaborating on the role of LG, the judges said that he is expected to honour the wisdom of the ministers and not sit over their decisions. “That is a facet of good governance. By and large it demands a mutual respect between the two organs. They are here to serve the Delhi citizens.”

Justices Sikri and Bhushan had ended hearings arguments on the nine petitions around the power tussle between the centre and the Arvind Kejriwal government nearly three months back. Last month when AAP government’s senior lawyer Indira Jaising pleaded for an early verdict, the judges reassured her that the verdict would be out “very soon”.

WHAT THE CONSTITUTION BENCH HAD RULED

AAP’s Delhi government and the BJP-led national coalition have been involved in a bitter tussle over sharing of power soon after Arvind Kejriwal returned as chief minister in 2015 with an overwhelming majority of 67 out of 70 seats in Delhi assembly, reducing the BJP to only three. Arvind Kejriwal alleges that the BJP-led government at the Centre has since been exacting revenge, withdrawing its powers and blocking decision taken by the AAP government.

On July 4, the Supreme Court’s constitution bench headed by then Chief Justice Dipak Misra had pronounced its long reserved verdict in the “power tussle” case, stating unambiguously that Delhi’s Lieutenant Governor (Anil Baijal) cannot be an “obstructionist” and must act on “the aid and advice” of the council of ministers of the National Capital Territory of Delhi. The verdict had spelt out the role of the LG as being one of an “administrator” sans any decision making powers and expressly barred him from “mechanically” referring every decision taken by the Delhi government to the President.

But then, as is the case with all judicial pronouncements, the devil lay in the details of the judgment and its interpretation. Kejriwal and his deputy chief minister, Manish Sisodia, only had to wait for a few hours to find this out.

Predictably ecstatic over the verdict and possibly – albeit wrongly – interpreting it as an endorsement by the top court of his government’s supremacy in taking Executive decisions, Sisodia issued an order withdrawing all powers of transfer and posting of IAS officers and other employees from the LG, the chief secretary and heads of departments. This was the first file moved by Sisodia, who is also Delhi’s minister for Services (the bureaucratic cadre), after the judgment. Sisodia thought that the SC verdict gave him these powers.

Unfortunately for him, the Delhi bureaucracy, which at the time had been on a non-cooperation protest against Kejriwal’s council of ministers in response to the alleged assault of chief secretary Anshu Prakash by AAP legislators, refused to comply with Sisodia’s order, reportedly dubbing it as “legally incorrect”.

The July verdict drew the red lines for the Lieutenant Governor. But it was left for the two-judge bench to deal with appeals as to who controls services – the power to appoint, post and transfer officials – in Delhi administration, the anti-corruption bureau and has the power to appoint a commission of inquiry.

Power to effect transfers and postings of Delhi’s bureaucratic cadre, currently with the LG owing to a notification passed by the centre in 2015, has been a bone of contention with Kejriwal for the past three years. It is primarily on this point that the Supreme Court has to clarify now.

The jolt had forced Kejriwal and AAP members to return to the text and interpretation of the SC verdict.

With general elections due within a year, Kejriwal wants to ensure AAP’s victory in Delhi’s seven Lok Sabha seats. Crucial to this design is Kejriwal’s plan of offering doorstep delivery of rations and other services, installation of CCTVs across the national capital and implementing several other poll promises he made to the Delhi electorate three years ago.

Arun Jaitley, a Union minister without portfolio but one who remains crucial to Prime Minister Narendra Modi’s political spin doctoring, had spelt out how the BJP viewed the July 2018 verdict – which in the saffron party’s scheme means this is not Jaitley’s interpretation of the order but is the absolute truth.

Jaitley had said: “In the larger interest of democracy and federal politics, the LG should accept the exercise of power by the State. But, if it has good and cogent reasons supported by material to disagree, he can record the same in writing and refer the same to the President (i.e. the Central Government), which will resolve the difference of opinion between the State Government and the Lieutenant Governor. The decision of the Central Government will be binding both on the Lieutenant Governor and the elected State Government. Thus hereto the opinion of the Centre is overriding.”

Further, he added: “There are several issues which had directly not been commented upon but by implication there is some indication of those issues… There are two obvious indications. Firstly, if Delhi has no police powers, it cannot set up investigative agency to investigate crimes as had been done in the past. Secondly, the SC has held categorically that Delhi cannot compare itself at par with other States and, therefore, any presumption that the administration of the UT cadre of services has been decided in favour of the Delhi Government would be wholly erroneous.”

REACTIONS TO THE SC VERDICT

In one of the first reactions, senior AAP leader and Rajya Sabha MP Sanjay Singh tweeted that justice delayed is justice denied. He asked if the court has lost its dignity.

The Delhi unit of the BJP on Thursday welcomed the Supreme Court judgement and said it removes ambiguities in the powers of the Delhi government.

There should no scope for “confusion or conflict” and the AAP government should humbly accept the Supreme Court judgement, Leader of Opposition in the Delhi Assembly Vijender Gupta said.

“We welcome the Supreme Court decision removing ambiguities in the powers of the Delhi govt. After this verdict there shouldn’t be any scope for confusion or conflict. The Delhi govt should humbly accept it & govern the capital as it was being done before they had come to power,” he said on Twitter.

The court may have removed “ambiguities” in division of powers between the Centre and Delhi Government, but it does not seem to have removed complications in governance such an arrangement would lead to, especially if rival parties are in government in National Capital Territory of Delhi and the Centre.