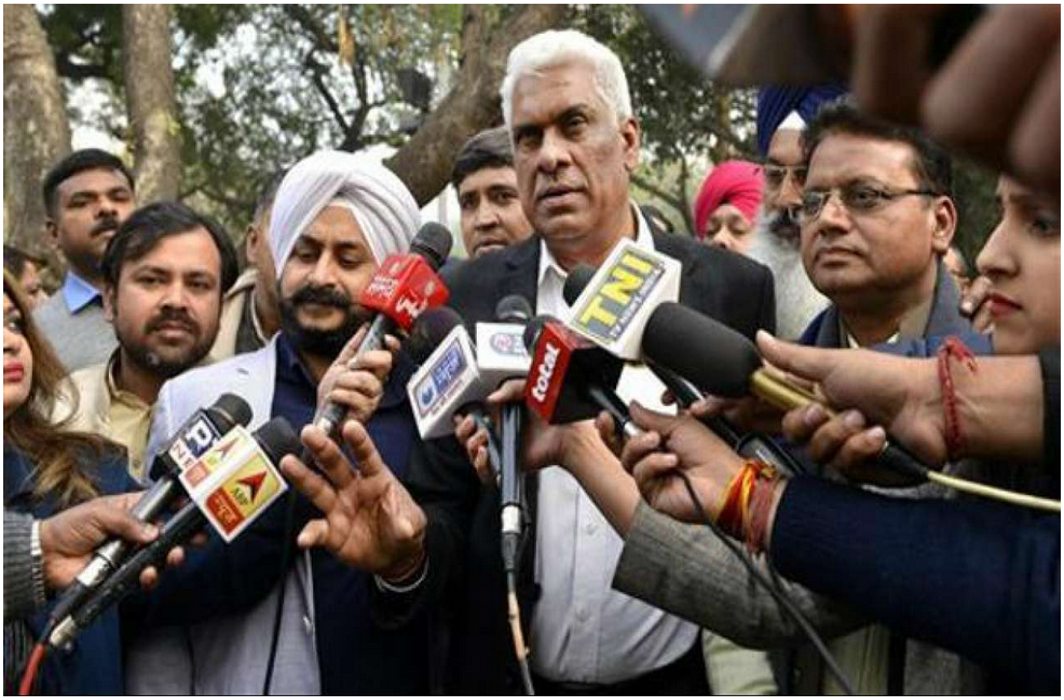 The President, on recommendation from the Election Commission (EC), had disqualified the MLAs for holding “office of profit”.

The High Court quashed the order, saying, “Opinion of the Election Commission of India is vitiated and bad in law for failure to comply with the principles of natural justice,” and referred the case back to EC for reconsideration.

The High Court bench, comprising Justices Sanjiv Khanna and Chander Shekhar, was hearing a petition filed by all the 20 MLAs, who had challenged the order contending that “there was no communication to us (AAP MLAs) from the Election Commission (EC) about the hearing before it. It is in complete violation of natural justice.”

The petition added: “It is also that even a temporary government employer cannot be removed on the grounds of misconduct without holding a full-fledged inquiry. However, in the present case, the members of the legislative assembly were removed without holding a full-fledged inquiry and without giving them an opportunity to explain if they ever held any office of profit.”

The court said the poll panel ‘s recommendation on January 19 was vitiated because of the failure to give the MLAs an oral hearing or opportunity to address their argument on merits.

With their disqualification revoked, AAP MLAs can now join assembly proceedings. The party has a majority in the Delhi Assembly.

The High Court order also puts an end to speculation about the likelihood of by-elections to the constituencies of these MLAs following the President’s order. BJP was hoping to improve its tally in Delhi Assembly, where it has a total of merely three MLAs at present, banking on the projected image of Prime Minister Narendra Modi and the tactics of BJP president Amit Shah. The party will now have to wait longer.

The office of profit case pertains to the appointment of the MLAs as Parliamentary Secretaries in the Arvind Kejriwal cabinet. The appointment, however, was set aside by the Delhi High Court on September 8, 2016, on the basis that they were appointed without prior concurrence with the Delhi Lieutenant Governor.

They had been appointed parliamentary secretary by the Arvind Kejriwal government in 2015.

Soon after their appointment, a huge controversy erupted with complaints being registered with the Election Commission.

On January 19, the EC recommended the AAP MLAs be disqualified for holding offices of profit. On January 21, President Ram Nath Kovind approved the disqualification. The EC was referring to the fact the MLAs had been appointed parliamentary secretaries to ministers in the Delhi government in March 2015. The poll panel had submitted that the legislators cannot claim that they were not holding office-of-profit. It had also claimed that these MLAs’ pleas were not maintainable and were liable to be dismissed.

The 20 disqualified AAP MLAs had moved the High Court on January 23 against the presidential order disqualifying them for holding office of profit as ‘parliamentary secretaries’ in the Delhi government.

A single-judge bench of the High Court on January 24 had refused to stay the Centre s notification disqualifying the MLAs, but had directed the Election Commission to maintain status quo on the disqualification by withholding the announcement of bypoll dates for the Delhi Assembly seats that would have fallen vacant if the MLAs were disqualified.

After the case was transferred to the Delhi high court bench of justices Sanjiv Khanna and Chander Shekhar it was heard on a day-to-day basis. The Bench wrapped up hearings in the case on February 28, and reserved its judgment after the legislators, the EC and other parties had concluded their arguments.

In response to a query from the bench during the hearings, AAP MLAs had agreed to have the case sent back to the poll panel so that the MLAs could be granted an oral hearing.

Senior advocates KV Vishwanathan and Mohan Parasaran appearing for the MLAs had challenged their disqualification on the grounds of violation of the principles of natural justice.

It was further argued that the post of parliamentary secretary could not be considered as an ‘office of profit’ as there was no element of ‘profit’ or pecuniary benefit attached to it. The post was similar to that of an intern to a minister, it was submitted.

Amit Sharma, appearing for the Election Commission, submitted before the bench that the existence of pecuniary benefit was not the only requirement to establish an office of profit. It was argued that discharging executive duties and function as parliamentary secretaries also constituted an office of profit. It was further stated that principles of natural justice were sufficiently complied with by providing the MLAs an opportunity to file their written submissions in their defence.