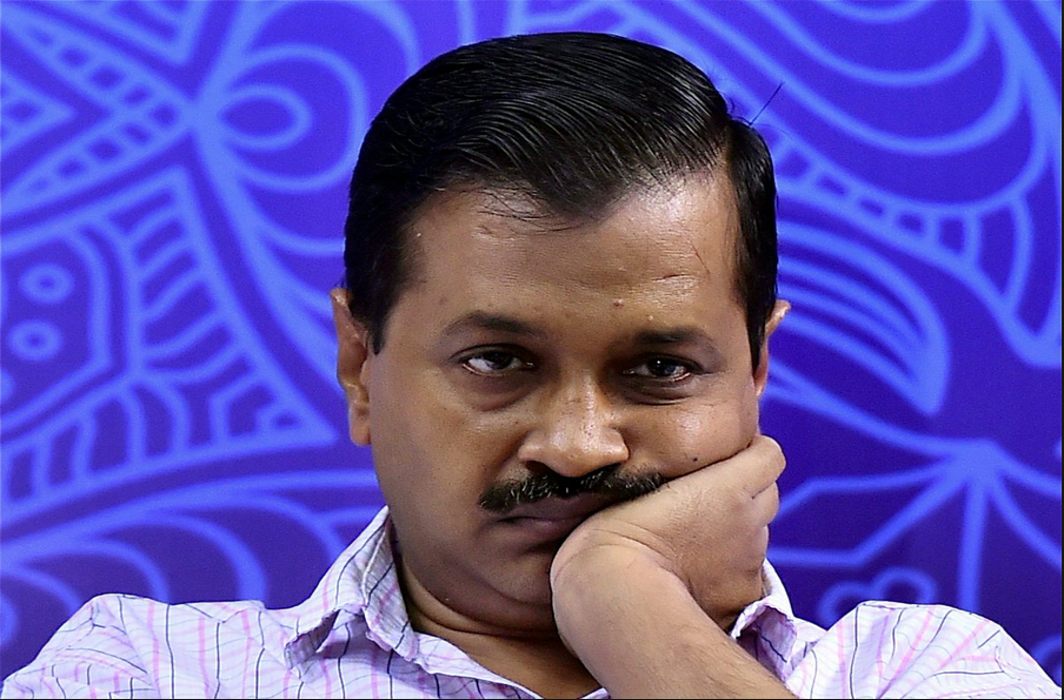 The Delhi high court (HC) on Monday, June 18, asked who authorised the sit-in, or ‘dharna’, that Delhi’s Aam Aadmi Party (AAP) government ministers including Delhi chief minister (CM) Arvind Kejriwal have been on since June 11 at the Lieutenant Governor’s official residence.

The oral remarks were made during the hearing of two petitions by Delhi HC bench of Justices AK Chawla and Navin Chawla, one against the sit-in by AAP leader Kejriwal and the other against the alleged strike by the IAS officers of Delhi government.

BJP MLA Vijender Gupta was also reported to have approached the HC on Monday, seeking a court order to Kejriwal to end his ‘dharna’.

The AAP leaders are demanding that IAS officers in the Capital end their ‘undeclared strike’. Kejriwal, deputy chief minister Manish Sisodia, cabinet minister Gopal Rai and health minister Satyendra Jain have been on a sit-in strike at Raj Niwas, the official residence of Lieutenant Governor Anil Baijal, since June 11. They want Baijal to issue a directive to the civil servants to end their strike, among other demands.

Baijal, allegedly under instructions from the Centre, has avoided intervening.

The lawyer representing the Delhi government ministers told the court that these IAS officers on Sunday acknowledged they aren’t attending meetings called by ministers.

The HC turned the question on the AAP leaders. “Thing is that you’re sitting on a ‘dharna’. Who authorized to sit on a dharna like this?” asked the HC.

When the Delhi government lawyer said it was the ministers’ individual decision, the HC again demanded to know, “Is it authorised?”, and added that such a demonstration can’t be termed a strike.

“This can’t be called a strike. You can’t go inside someone’s office or house and hold a strike there,” the HC added. The bench pointed out that the CM and others are sitting inside the LG’s office and not outside his office or at the door.

The court said the association representing the IAS officers should also be made a party in the matter. The matter will now be heard on June 22.

The Capital’s bureaucrats are allegedly on strike to protest an alleged assault on chief secretary Anshul Prakash in February by two AAP MLAs at Kejriwal’s residence. Delhi’s IAS association on Sunday held an unprecedented press conference to counter AAP’s claim that its officers are on strike and said that they are being “targeted “and “victimised”.

The officers were addressing the media after Delhi government alleged that bureaucrats in the national capital have been “hindering” the work of the AAP-led government and have alleged that they have been staging a strike for the last four months.

After the bureaucrats said they’ll start working normally if the govt ensures their “dignity” and “security”, Kejriwal came up with the promise just an hour later. The officershaven’t however, resumed normal work.

My appeal to my officers of Delhi govt …. pic.twitter.com/YQ02WgaAtd

Last week, Kejriwal wrote to PM Modi, seeking his intervention to end the IAS officers’ “strike” claiming that Lt Governor Baijal was doing “nothing” to break the impasse.

Kejriwal cited instances when the government work was stuck as the officers have not been attending meetings with ministers for the past three months.

No such details were provided by OAS officers to support their contention.

Kewriwal said cleaning of drains before monsoon, setting up of mohalla clinics and measures to curb air pollution in Delhi are stuck because of the alleged strike by the IAS officers.

The CMs sought Modi out during the meeting of the Niti Aayog’s governing council here on Sunday with Banerjee tweeting, “I, along with CMs of Andhra Pradesh, Karnataka and Kerala, have requested PM today to resolve problems of the Delhi government immediately.”

BJP’s NDA ally in Bihar, Janata Dal (United) also chimed in, with its leader Pavan Verma tweeting “Those urging officers to non-cooperate against the elected government of the day, may reap immediate political benefit, but will destroy the very foundations of our Republic in the long run. What can happen against one elected govt can happen against another too!”

Former finance secretary Dr Arvind Mayaram tweeted on Kejriwal’s appeal to IAS officers: “They should rise to the occasion and meet the CM and assure him that they would with renewed vigour work in coordination with political executive in public interest. This ugly chapter must be put behind by everyone.”

Actors Kamal Haasan and Prakash Raj have also come out in open support of AAP government and criticised PM Modi for not stepping in to resolve the crisis.