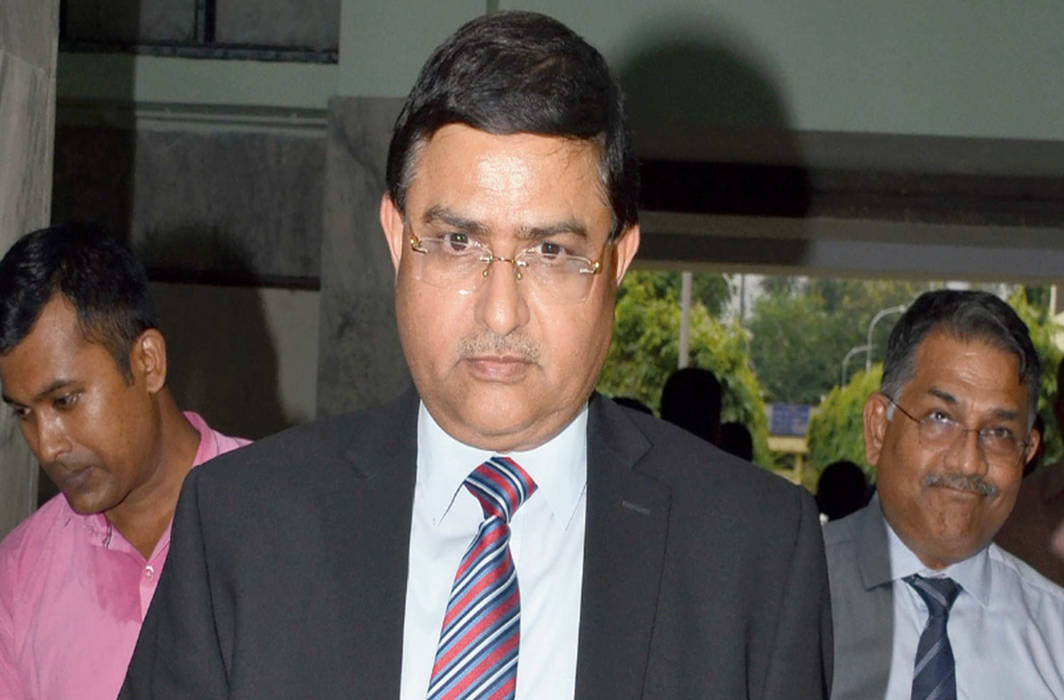 The court said the allegation of mala fide raised against the then CBI Director Alok Verma is not made out. Verma was yesterday removed as CBI director in a 2:1 decision by the Select Committee headed by Prime Minister Narendra Modi on grounds of a report by Central Vigilance Commission listing allegations levelled by Asthana against him.

Verma, who was posted as Director General, Fire Services, Civil Defence & Home Guards for the residual period of his present term ending on January 31, 2019, has declined to take up the post and said that he has superannuated and was continuing as CBI chief because of the fixed two-year tenure for that post.

In his order against Asthana today, Justice Najmi Waziri also vacated the October 23, 2018 interim order directing the agency to maintain “status quo” on proceedings against Asthana, who had sought directions for no coercive steps in connection with a case of alleged bribery.

The court was hearing petitions filed by the three challenging the First Information Report or FIR in which Asthana was charged with criminal conspiracy, corruption and criminal misconduct.

The court further said the investigation into the FIR against four, including Asthana, be completed within 10 weeks time.

It ruled that the sanction to prosecute Asthana and Devender Kumar was not required in the matter, keeping the facts of this case in view.

The court had reserved the judgment on December 20, 2018, on various petitions after hearing submissions of counsel for the CBI, Asthana, agency director Alok Verma, Deputy Superintendent Devender Kumar, and Joint Director AK Sharma.

Asthana, Kumar and an alleged middleman Manoj Prasad had moved court seeking the quashing of the FIR against them.

The FIR was filed after Hyderabad-based businessman Sathish Babu Sana claimed he had paid bribes to get relief in a case related to meat-exporter Moin Qureshi and made allegations of corruption and extortion against Asthana.

Sana alleged he paid bribe to get relief in a money laundering case involving meat exporter Moin Qureshi. Rakesh Asthana, a 1984-batch IPS officer of the Gujarat cadre, is accused of accepting a bribe of Rs. 2 crore from Sana.

Besides seeking to summon records of the FIR and related documents, Asthana and others had sought quashing of the FIR lodged against them on October 15, 2018, under various sections of the IPC and Prevention of Corruption Act.

Asthana had told the court he was maliciously harassed and there was no evidence against him and the bribery case is a backlash to complaints of criminal misconduct against Alok Verma.

Alok Verma, who was removed as CBI director by the PM-led selection panel on Thursday, said in his resignation letter that it was a moment of “collective introspection”.

Verma, a 1979-batch IPS officer from AGMUT cadre, was transferred from the position of CBI Director to Director General, Fire Service, Civil Defence and Home Guards under the home ministry Thursday.

Alok Verma had claimed that he was transferred on the basis of “false, unsubstantiated and frivolous allegations” made by only one person who was inimical to him.

In a statement late last night, Verma had said that the CBI being a prime investigating agency dealing in corruption in high public places is an institution whose independence should be preserved and protected. 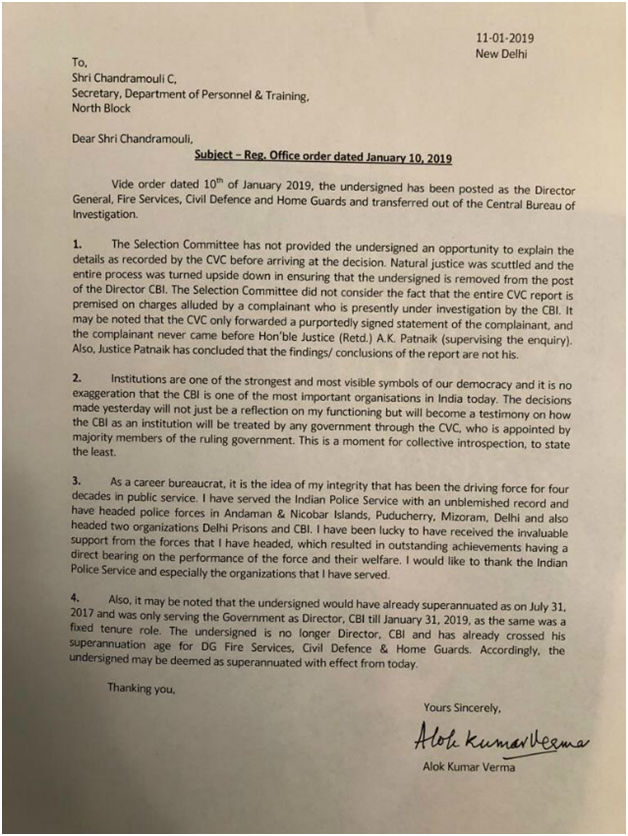