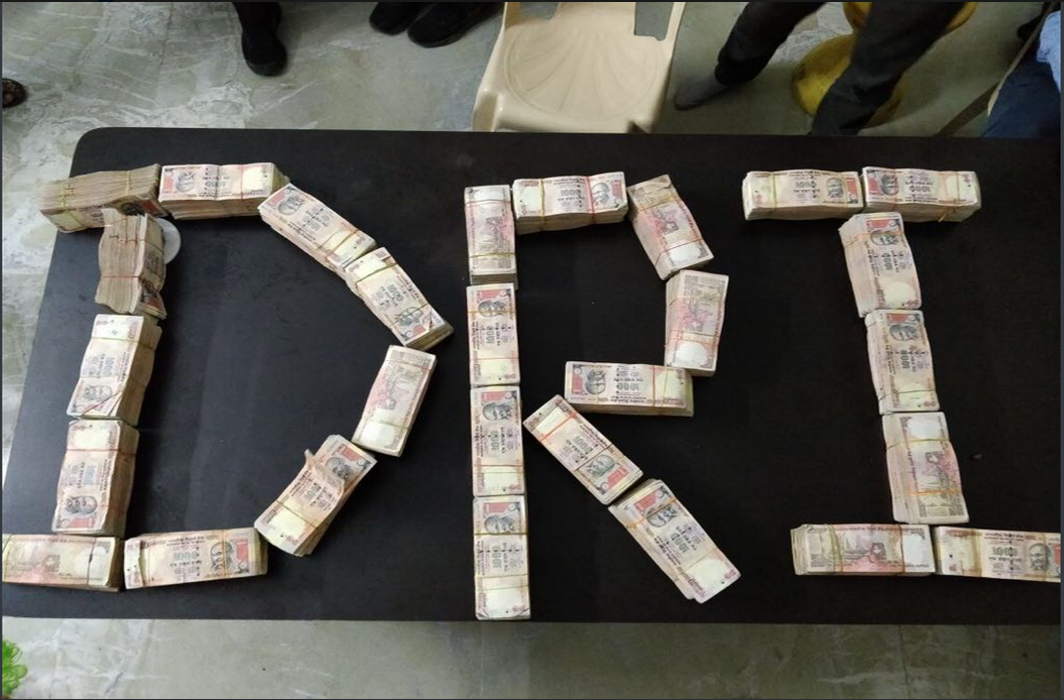 The Delhi High Court has taken serious note of the death of a Delhi jeweller after a fall from top floor of Directorate of Revenue Intelligence (DRI) office.

The jeweller, Gaurav Gupta’s mother claimed that DRI officials took her son forcibly from his shop to their office, tortured him and demanded a bribe of Rs.1.5 crore.

The DRI press release had claimed it was a suicide and that Gaurav Gupta had neither been summoned nor arrested and had come on his own.

Delhi police, however, in a status report filed on the court’s order, told the High Court on Friday that Gupta and his father had been taken to their office at the CGO Complex on April 25 by DRI officials.

The cops said that initial inquiry revealed the Gaurav Gupta was “taken to their office by officials of DRI for further enquiry/investigation and he was found injured on the porch of the office,” reported The Times of India (TOI).

The DRI on the other hand told the court that the two men had voluntarily sought permission to come to the DRI office after a raid to follow up on the seizures from their premises.

DRI’s status report filed before Justice Mukta Gupta also stated that a few hours later after the Guptas’ appearance, the investigating team had requested the father to accompany them back to his Shalimar Bagh home, while the son offered to stay back. Gaurav committed suicide some time later, DRI alleged, while denying its officials had ever demanded Rs 1.5 crore from the family for Gaurav’s release.

Denying the charges of murder and bribery levelled by Gupta family, DRI told the court, “Gaurav Gupta was in the visitor’s room on 6th floor around noon on April 25. He jumped through the window of the visitor’s room at around noon. He was immediately rushed to Safdarjang Hospital by DRI and CISF officials. However, his life could not be saved.”

It added that “41kg of gold bars, 213kg of silver bullion and currency valued at Rs 13 crore in aggregate were recovered” from the Guptas’ home.

The police informed the court that a medical board of six AIIMS doctors had been constituted under the supervision of a magistrate in Saket. The autopsy of the 40-year-old jeweller was under way at the hospital.

Justice Gupta, after taking on record the reports filed by DRI and Delhi Police, sought a further status report from the agencies and posted the plea for May 15. The court was hearing a petition filed by Gaurav’s mother through advocate Vijay Aggarwal, in which she sought a CBI probe into her son’s death on because he had died in “suspicious circumstances”.

The high court had on Thursday directed the police to preserve the CCTV footage from Gupta’s jewellery shop as well as from the DRI office and nearby areas. Police told the court it had seized the DVR system installed by CISF at the entry and exit gates of Deen Dayal Upadhyay Bhawan in the CGO Complex.

A judicial enquiry has been instituted by Swati Gupta, Metropolitan Magistrate. The court was also informed that a medical board had been constituted (of AIIMS) and autopsy was underway.

A report in the TOI cited senior police officers as saying they were probing the allegations levelled by the Gupta family. They are also probing how Gaurav climbed up the window that’s over five feet above ground. Sources also said that the police were investigating why nobody tried to stop Gupta when he was climbing up the window.

The case reached the High Court when a PIL was filed in the court on Thursday, April 26 in connection with the death of jeweller Gaurav Gupta. The PIL, made by the jeweller’s mother,  seeks a post-mortem of Gaurav Gupta’s body by a competent team of doctors of the AIIMS, and also seeks to preserve the body of her son till pendency of the PIL.

The allegation is that the DRI officials asked for Rs 1.5 crore from the brother of the deceased Gaurav Gupta to allegedly hush up the enquiry, but he refused to pay such a huge amount.

On Thursday petitioner counsel senior advocate Kirti Utpal said that the DRI had made a defence in advance, refusing to accept that they had called Gaurav Gupta. The counsel said the following: “They don’t know how he had jumped. We seek to preserve the dead body till post mortem. The CBI shall register an FIR in this matter.”

“Later brother of Gaurav Gupta went to the office of the DRI where he was informed that he has been shifted to a hospital on Lodhi Road. When he reached there he saw bruise marks and torture marks on his body. After some time he received a call from the DRI but no information related to death was given. They came to know about the death through a newspaper article about a death in the DRI office under suspicious circumstances.”

The court issued notice to the DRI and to the state and directed the DRI to file its status report.