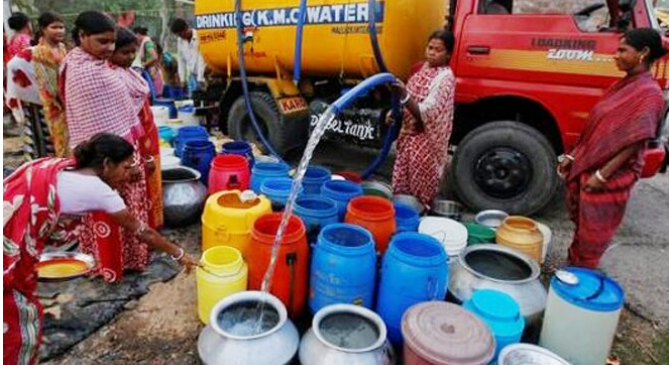 The Delhi Jal Board on Wednesday said drinking water supply will remain affected in parts of Delhi from May 6 to May 8 due to an alarming dip in raw water supply through the Yamuna.

What Delhi Jal Board has said in a statement?

In a statement, the DJB blamed Haryana government for reducing the amount of water released in the river, causing a dip in the level of Wazirabad pond, from where water is picked for treatment by three DJB plants. The supply from Wazirabad, Chandrawal and Okhla water treatment plants has been adversely hit due to the reduction in release of raw water into the river and depletion of water level at Wazirabad pond.

A DJB official said that three water treatment plants which are affected due to low water levels in the river require a total of 250 million gallons per day (MGD) of water to operate on full capacity, against which they were receiving 194MGD as of Tuesday afternoon.

The DJB has twice released similar statements last month on April 30 and April 24 blaming the Haryana government for not releasing the required amount of water in the river, and water supply being affected in parts of the city due to this.

Which areas will be affected?

The DJB said that water supply in parts of Central Delhi, North Delhi, South Delhi, West Delhi and cantonment areas will remain affected in the morning and the evening for the next three days. The situation is likely to persist till the pond level improves to normal.

Delhi Vice Chairman Raghav Chadha had on Saturday said the depleting water levels in the Yamuna is leading to a shortage of drinking water in several parts of Delhi and may also affect hospitals in the city in the coming days. He had urged Haryana Chief Minister Manohar Lal Khattar to release more raw water into the Yamuna so that sufficient drinking water is available for the national capital.

At present, the pond level at Wazirabad pond is 667.2 feet against the normal of 674.5 feet. A DJB official claimed water level in the river has been fluctuating since a month.

Supreme Court is currently hearing a petition on issues being faced in water supply in Delhi, including the DJB’s claim that Haryana has reduced the amount of water Delhi is supposed to receive through the river.