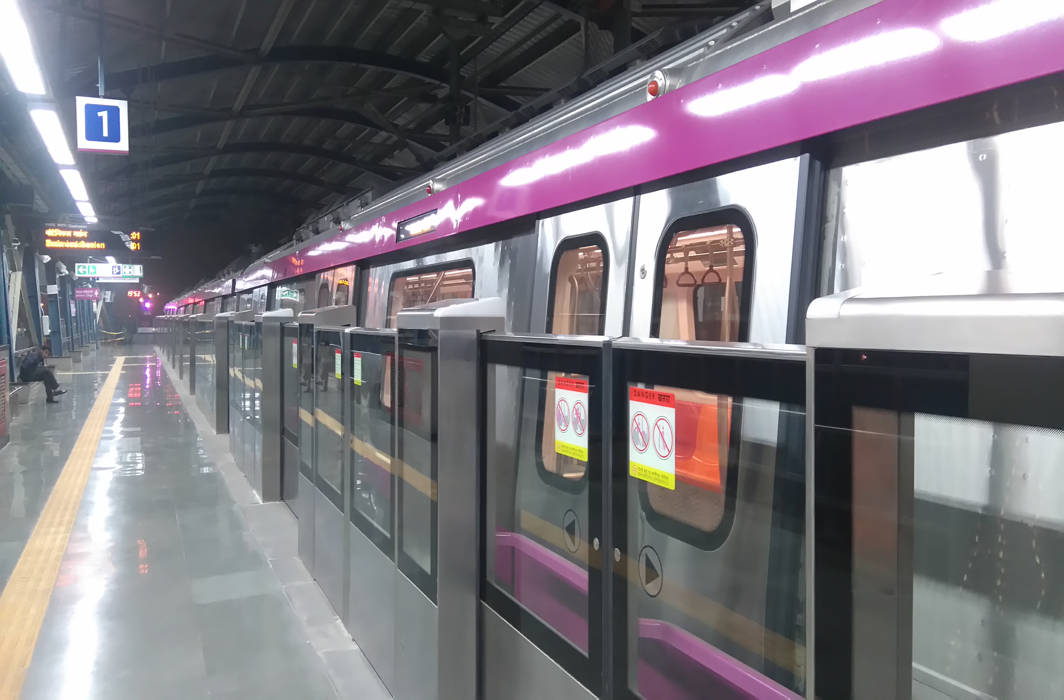 The Delhi Metro has a New Year gift for its riders, as the 9.7-km Lajpat Nagar-Mayur Vihar Pocket 1 corridor of the Pink Line is all set to be opened for public on December 31.

The section, which has five stations, three underground and two elevated, was on Monday inspected by the Commissioner of Metro Railway Safety (CMRS), who has accorded the mandatory approval for the commencement of passenger operations, a senior DMRC official said.

“This extension of the Delhi Metro’s Pink Line will be formally flagged off by Union Minister of State (Independent Charge) Hardeep Singh Puri and Delhi Deputy Chief Minister Manish Sisodia on December 31 at 11 AM from Metro Bhawan. Passenger services will commence on this section on the same day from 4 PM onwards,” the official said.

Also Read: Good news for Delhi-NCR: Delhi Metro to be linked to public transport systems in the region in a year

The DMRC started its first ever operations in 2002 and currently its network span 317 km with 231 stations.

The Delhi Metro on December 24 had inaugurated an exhibition in the upper area of the foyer of Rajiv Chowk station, on completion of 16 years of its operations.