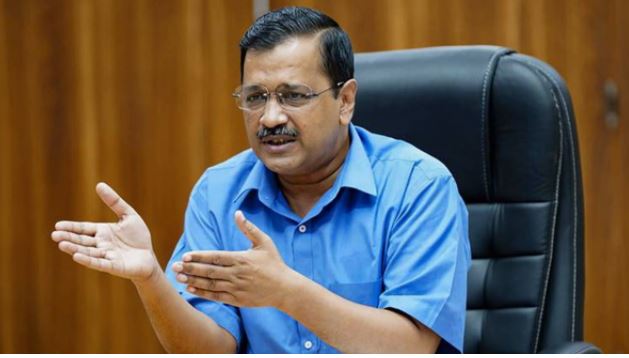 Delhi Chief Minister Arvind Kejriwal on Thursday launched the Red Light On Gaadi Off campaign, which will aim to bring down air pollution in the capital. Kejriwal urged people to switch off their vehicles’ engines when waiting at traffic signals.

Kejriwal tweeted, Red light on, gaadi off is a part of the campaign “Yudh, pradushan ke virudh”  in order to tackle air pollution.  He urged people to contribute their effort to reduce pollution in the city.

Kejriwal said waiting at a traffic signal with the engine on consumes more fuel than a normal drive. On an average, a car spends around 15-20 minutes idling per day and ends up exhausting at least 200 ml fuel. Experts have suggested that one can save Rs 7,000 per year by avoiding that, he said.

While urging everyone in Delhi to join the campaign, Kejriwal said coronavirus has made things bad in the city, let’s ensure that air pollution doesn’t make things worse for us.

To keep a watch on pollution hot spots during the upcoming winter season, Union Environment Minister Prakash Javadekar flagged off 50 Central Pollution Control Board (CPCB) inspection teams on October 15 for field visits in Delhi-NCR for identifying where the most air pollution is generated. He further said only 4 percent of pollution is due to stubble burning. Ninety-six percent is due to local factors like biomass burning, garbage dumping, unpaved roads, dust, construction and demolitions.

Meanwhile, the capital on Thursday recorded an air quality index of 315 at 11:10 am. The last time the air quality hit such a poor level was in February.