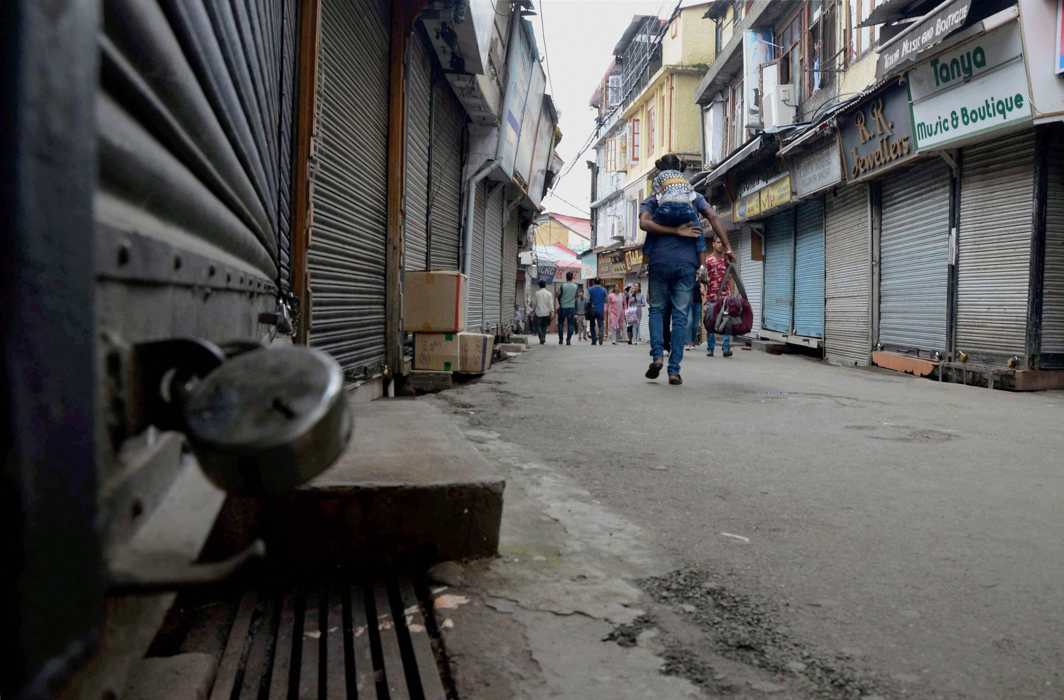 On Friday, almost 750 market associations and 20 industrial areas participated in the two-day bandh called by the CAIT against the recent sealing drive.

However, despite positive outcomes from the meeting chaired by DDA chairman and Delhi Lieutenant Governor Anil Baijal, agitating shop owner continued their protest against sealing – with shops in major markets of the national capital closed on Friday. The two-day bandh, called by the Confederation of All India Traders (CAIT), reportedly received “full support” from the businessmen across Delhi.

Claiming that the shops will stay shut on Saturday too, Praveen Khandelwal from CAIT said, “Even if any relief has been granted, the process is long drawn and till then the sealing drive will continue causing major losses. We will stick to our scheduled bandh and, so far, the support has been encouraging, be it in central Delhi or south Delhi markets.”

After the Friday’s meeting at the L-G secretariat, which was attended by AAP and BJP MLAs in Delhi Assembly, officials from DDA and Delhi government, the changes cleared were increasing Floor Area Ratio (FAR) of local shopping complexes (LSCs) from existing 180 per cent to 300 per cent, reducing conversion charge penalties from existing 10 times to two times and regularising agricultural godowns on 12-metre wide roads.

Stating that the changes as suggested by the Centre will be notified in the next DDA meeting, member DDA and BJP MLA Vijendra Gupta said, “All the three proposals were passed in the meeting. Final decision will be taken after a three-day public hearing.”

However representatives of market associations from Old Delhi, Greater Kailash, South Extension and Defence Colony claimed their stir will continue and the shops will remain shut.

Rajendra Sharda, the chairman of M Block market in Greater Kailash-I said, “This will cause us losses and inconvenience shoppers, especially during the weekend when the footfall is high. But this is a short term loss as we stand to lose our businesses altogether if the sealing drive continues.”

And while almost 750 market associations and 20 industrial areas participated in the bandh, traders at Nehru Place kept their shops opened on Friday.

Jitender Gupta, president, Nehru Place Market Association said, “Our market is completely authorized and has not been affected by the sealing drive which is why we stayed away from the bandh.”

The continuing sealing drive by municipal corporations supervised by a Supreme Court-monitored committee had taken a political turn after the AAP blamed the BJP-ruled MCD for harassing traders and the saffron party on the other hand blaming the ruling AAP for failing to find a solution.