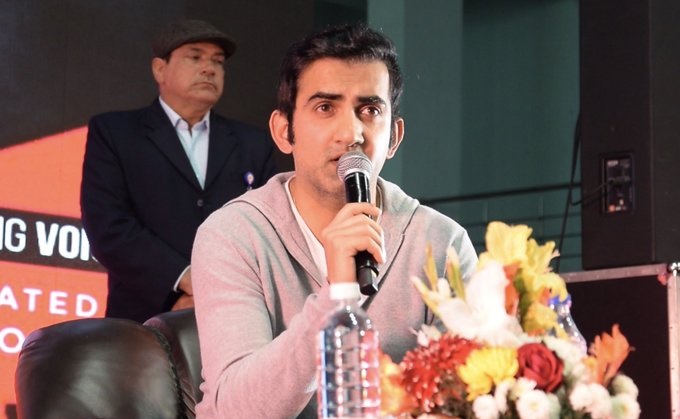 Over eight people have died and more than 200 people have been injured in the clashes that broke out in areas of northeast Delhi on Sunday.

“No matter who the person is, whether he is Kapil Mishra or anyone else, belonging to any party, if he has given any provoking speech then strict action should be taken against him,” Gautam Gambhir was quoted saying by ANI.

“Shaheen Bagh was a peaceful protest all this while. But Trump is here and there are violent protests happening here – this is not fair. Right to peaceful protest is okay. But picking up stones is not. How can you stand with a pistol in front of a cop?” he added

Hundreds of protesters had gathered under the Jaffarabad Metro station on Saturday for a peaceful anti-CAA protest. The next morning was also peaceful till BJP leader Kapil Mishra, who has a history of making communal and incendiary comments, held a pro-CAA rally in the area. At the rally, he gave an “ultimatum” to the Delhi police to clear the roads in the area or else, he said, they would have to hit the streets.

In another tweet, the former AAP leader threatened that “there won’t be another Shaheen Bagh”.

Two complaints have been filed against Kapil Sharma, one complaint has been filed by AAP corporator Reshma Nadeem and second by Haseeb ul Hasan. However, as of now no action has been taken against Mishra.