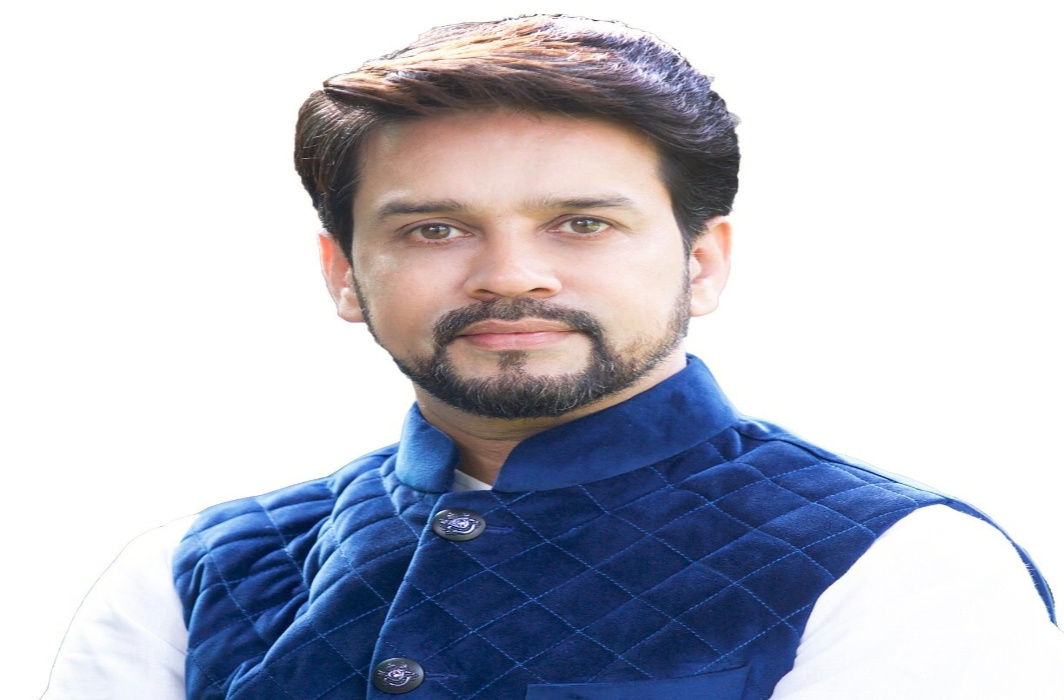 The Minister of State for Finance was seen encouraging people to raise the slogan, ‘desh ke gaddaron ko-traitors should be shot down’ (shoot down the traitors of the country) in a video widely circulated on social media.

The video which has been shared by a twitter account named Prashant Kumar has more than 4300 retweets.

Shocking: It was a local BJP leader from Delhi back then, its now a front line BJP leader and MoS Finance, Anurag Thakur who is leading the crowd to chant “Desh ke gaddaron ko, Goli maro salon ko”.

Such is the level of politics, ladies and gentlemen! pic.twitter.com/rXZ8M8m6lz

Anurag Thakur was addressing the election meeting in support of BJP candidate from Rithala, Manish Chaudhary. He also encouraged the crowd to raise the controversial slogan along with him.

The Congress party was quick in reacting to the Union Minister’s act, demanding the Election Commission (EC) take action against Thakur.

“We have taken cognisance of the incident and have sought a report from the district election officer. However, we have not received any complaint so far,” a senior official in the Delhi CEO Office said.

This controversial slogan is now often being used in pro-CAA rallies organised by the BJP. Erstwhile AAP leader and state minister who switched over to BJP, Kapil Mishra, was also seen raising the same slogan in a pro-CAA rally in Delhi last month. He was later announced as BJP’s candidate from Model Town assembly constituency.

Union Home Minister Amit Shah has often referred the anti-CAA protesters as ‘tukde-tukde gang‘, term used to refer to those who are against India’s territorial integrity. Shah in an election rally in Delhi also asked the voters to decisively vote so as to avoid protests like Shaheen Bagh. He said, “Press Button With Such Anger That Shaheen Bagh Feels Current.”

However, this is the first incident in which a government functionary of the level of Union Minister has resorted to raising slogans that are aimed at inciting violence that too in an election meeting.