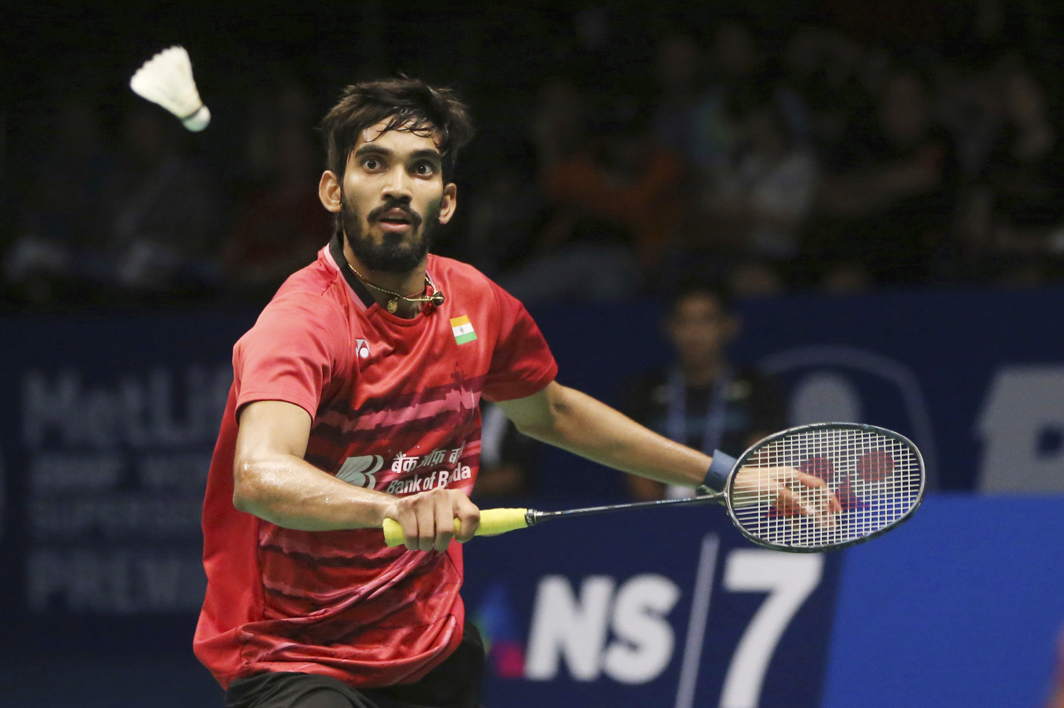 The World No.8 from Guntur, who had suffered losses against Axelsen in the last three encounters, showed some gritty retrieving in the second set

The World No.8 from Guntur, who had suffered losses against Axelsen in the last three encounters, showed some gritty retrieving in the second set and then cruised through the decider to oust the reigning world champion and World No. 1 Dane 14-21, 22-20, 21-7 in his own home event.

“This win is a confidence booster for me. I had lost to him at India Open, World Championship and Japan Open and really wanted to win. I took lot of time to get adjusted to the court but I was more patient and curbed my errors. He tried few things in the third game which didn’t materialize,” Srikanth said after the match.

World No. 12 and London Olymipcs Bronze medallist Saina Nehwal suffered a straight game loss 10-21, 13-21 to Japan’s Akane Yamaguchi after being forced to play a late night match on Thursday in the women’s singles quarterfinals.

Saina looked tired and sluggish and committed many unforced errors to allow defending champion Yamaguchi to advance 11-6 lead as she walked away easily with the open game. The second game was tighter in comparison as the duo exchanged points till the break, at which time Saina narrowly trailed Yamaguchi by one point (10-11). But after that the Japanese changed the tempo and raced to 20-12 in quick time. Saina could muster to save one match-point before losing the game 13-21.

Saina defended her loss which lasted less than 30 minutes, claiming that she did not get sufficient rest and was forced to play a late night match.

“I did not get enough time to rest, have never played a match at 2 am. It has never happened. Never slept at 3 am. I was sluggish. My movement was not good, but I should say Yamaguchi also played really well,” Saina said after the match.

Prannoy, meanwhile, could not convert his irresistible form from the second match and succumbed to the sustained assault by the South Korean top seed and World No 2 Son Wan Ho. The match lasted for 45 minutes, where Son handed Prannoy a 21-13, 21-18 humbling.

“I committed too many errors. He hardly won points. I knew I have to patient with him but I couldn’t. It was one of those when nothing goes right,” Prannoy said.

Srikant will today clash with Hong Kong’s Wong Wing Ki Vincent, the 15th ranked (BWF) six footer in the semi-final. Wong, who made the top four, is in red hot form when he defeated fifth-seeded Chou Tien Chen of Chinese Taipei in two straight games in 52 minutes.

Not cricket: Muslim baiting over Pakistan victory just not done!