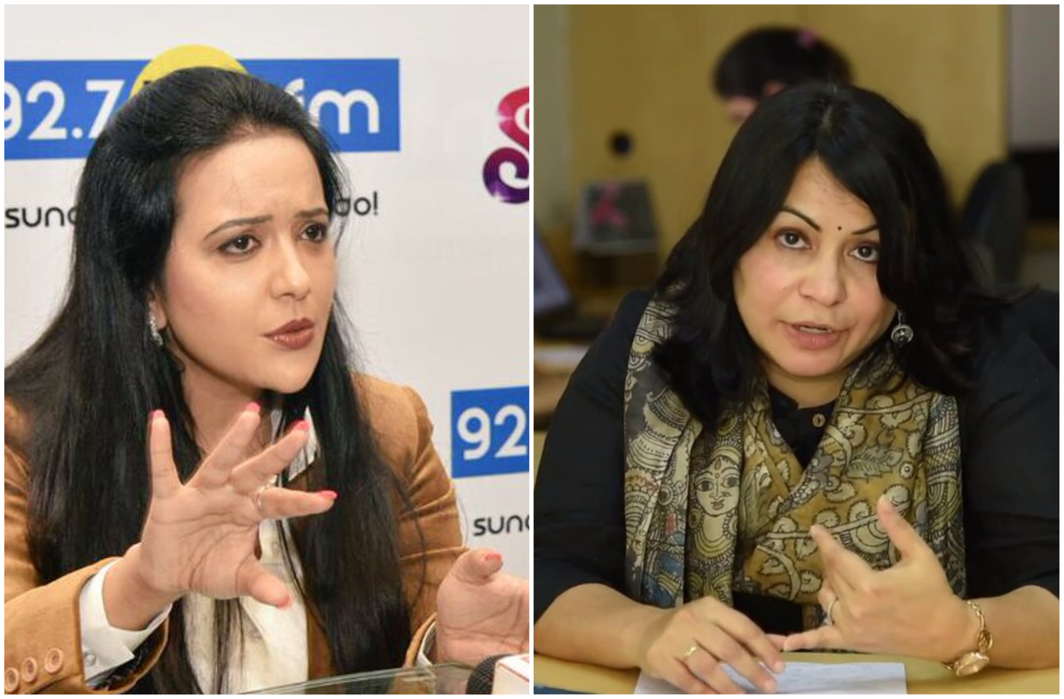 Amruta Fadnavis got into a Twitter battle with right-wing columnist Shefali Vaidya after the latter trolled her for participating in ‘Be Santa’ event.

In yet another twitter battle over religious issues, now Maharashtra Chief Minister Devendra Fadnavis’ wife Amruta got trolled on the social networking platform for promoting a Christmas-related charity event.

The Maharashtra CM’s wife on Tuesday locked horns with right-wing columnist Shefali Vaidya after the latter trolled her for participating in the Christmas-inspired event.

Amruta on Tuesday shared a post on Twitter where she mentioned the launch of the Be Santa campaign in Mumbai. Initiated by a radio channel, the Be Santa event aims at collecting various gifts from people and later distributing them among poor children.

Sharing the news of the event launch on Twitter, Amruta wrote, “launched-Be Santa-campaign, as Ambassador for @927BIGFM – to collect gifts from people -for poor children ,to bring smiles to their faces during this Christmas.Drop ur gifts at nearest @927BIGFM & Feel the joy -as best way to multiply your happiness is by sharing it with others.”

However, in a befitting reply, Amruta replied to Shefali’s tweet, saying, “Love , sharing & empathy have no religion.”

Love , sharing & empathy have no religion - let’s accept all positivity around us & stay away from negative thoughts & demotivating energies ! @ShefVaidya

Shefali Vaidya got flak from elsewhere as well.  Fake news-buster Pratik Sinha recalled a tweet posted by her, where she welcomed Christmas. Sinha remarked in a tweet: “When your own kids get Christmas gifts, ‘it is a season to be jolly’. When poor children get Christmas gifts, it is called “harvesting souls”.”

Vaidya continued hitting out at Amruta and asked her not to be a “writer of ‘Chicken Soup For The Evangelical Soul’.”

But Amruta continued defending her stand and stated that she is a proud Hindu and celebrates every festival in the country.

I’m a proud Hindu & like many, I celebrate every festival in my country & that is an individual choice.... We represent the true spirit of our country ... and that doesn’t dilute our love towards our country , religion & humanity ....

To that, Shefali Vaidya said that as a private individual while Amruta can continue what she want to do, as the wife of a Chief Minister her actions are always under the scanner.

As a private individual you are free to do what you want. As the First Lady of Maharashtra, your actions will always be open to scrutiny and criticism. And who is 'We' here? https://t.co/C43YT0APyi

“In my capacity as a Proud Hindu Citizen,  I will always try to unite & bring in harmony wherever I can. But just wish to remind you that empathetic journalists & journalism should not ignite the fire of religious differences .Ican’t stop a serene action bcoz of some wrong deeds!” added Amruta.