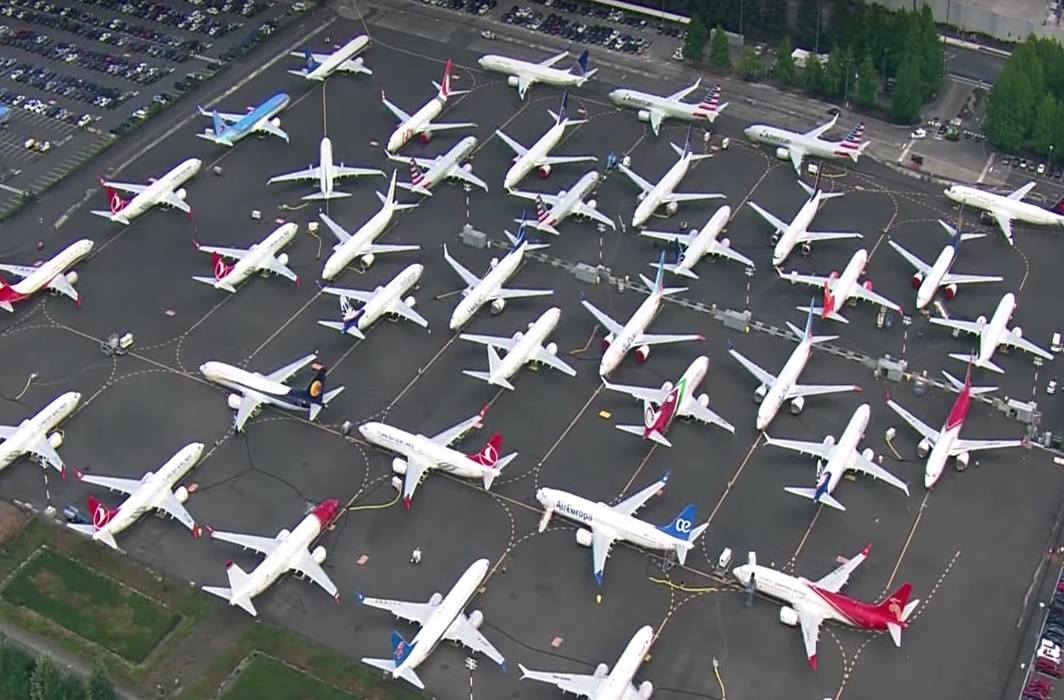 Boeing, the world’s largest aircraft-maker, which is almost synonymous with America and its might, has never had it so bad. With the crash of two of its 737 MAX planes in October 2018 and March 2019 due to a malfunctioning software and their worldwide grounding, the blind trust that airlines and aviation regulators of various countries had for it has been eroded. So has faith in the Federal Aviation Authority (FAA) of the US after it was found that it had too close a relationship with Boeing and was lax in clearing the MAX.

After Europe decided it would make its own assessment of the Boeing 737 MAX, India has followed. The Directorate General of Civil Aviation (DGCA) has said that it will do its own checks of this plane and this will include simulator training for all pilots. This will be done after the FAA itself has cleared it. This is an unprecedented move, as earlier, the FAA was seen as a sacrosanct aviation regulator and an organisation to be looked up to and respected. However, with news coming out after the two crashes that the FAA turned a Nelson’s Eye to many of the shortcomings of this Boeing variant, there is a trust deficit that will be difficult to fill.

The FAA, Boeing and America are synonymous with each other and big bucks, employment and politics have played a hand in this sorry scenario where 346 lives were lost. The unholy alliance between the FAA and Boeing was not suspected by other countries and go against the integrity and moral fibre expected of the world’s leading aviation regulator.

In this regard, our DGCA has shown spunk and a mind of its own. It will do its own due diligence of the plane before it is allowed to take to the skies. That seems a long haul by the looks of it. In India, only low-cost carrier SpiceJet is affected by the MAX grounding and has 13 of them hugging the tarmac.

The future of Boeing itself is in question after these two crashes. It sells close to $100 billion worth of aerospace equipment and services globally and its commercial jets account for 60% of revenues. Its workforce is close to 1.37 lakh in America. But due to the grounding of MAX, its inventories have grown by over $6bn this year. Every minute that a plane is grounded is a huge loss to the airline and the manufacturer.

It is unfortunate that this had to happen to Boeing. A century old, this company was known for its efficiency and panache and had garnered a huge amount of goodwill. Customers trusted it and new variants were quickly lapped up. The MAX itself was seen as a fuel-efficient variant of the ubiquitous 737 and some 5,000 orders were quickly placed for it by airlines all over the world. It spent a huge amount on public relations and its corporate communications arm was active in all the countries it had a presence in. In Delhi, this reporter was invited to a learning session on how a plane flew and it was a stimulating experience. Engineers from Boeing also interacted with the media and its senior heads of sales were on first-name basis with many aviation journalists.

But the two deadly crashes saw Boeing’s shares plummet like a plane out of control and a record quarterly loss of $2.9bn in the three months to June, in addition to cries for compensation from distraught families of the victims. Not to mention pilot groups baying for its blood for not informing them of the anti-stall software that was added without their knowledge, jeopardising theirs and passenger lives.

What was more shocking was the news that Boeing had outsourced many of the crucial tasks of its planes. Some experts even said that its software developers were unfit to write airplane code. Design shortcuts were undertaken in an effort to save money in a sector where safety is of paramount importance. A new “Maneuvering Characteristics Augmentation System,” or MCAS, finally did Boeing in. One expert even went on the say that the people who wrote the code for the original MCAS system were obviously terribly far out of their league and did not know it.

It will take a gargantuan effort on the part of Boeing to now win back the trust it lost and persuade aviation regulators to allow the MAX to once again take to the skies. The DGCA will be one of them.

The Indian Navy is the naval arm of the Indian Armed Forces, and its Commander-in-Chief is the President of India. Read to know the theme, significance and history of Indian Navy Day 2021.
Read more
Load more