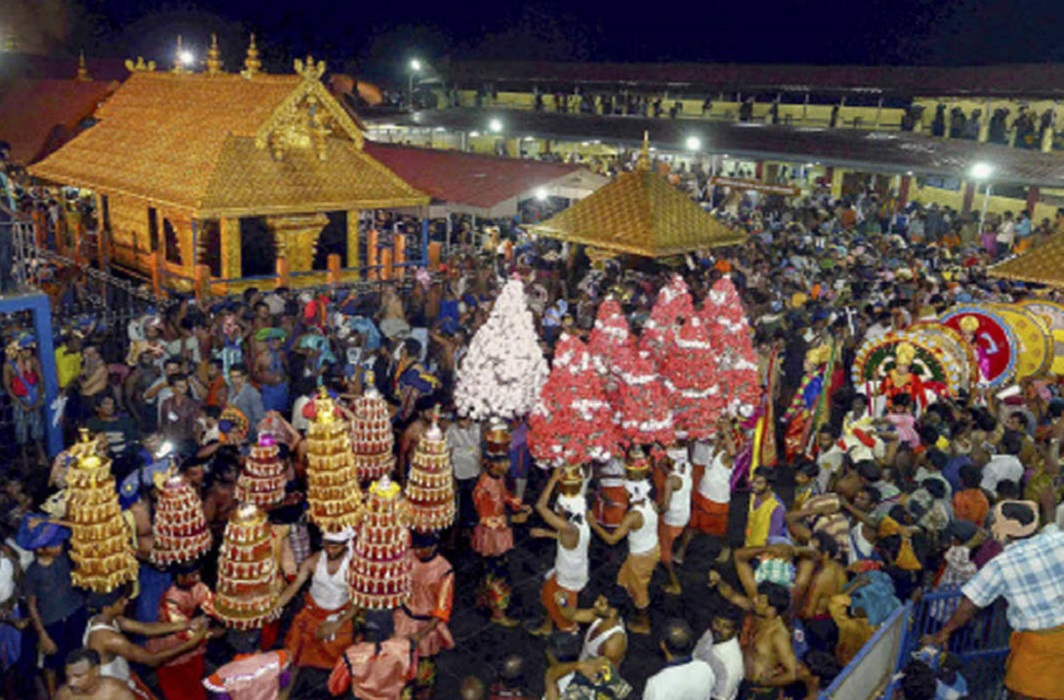 The Chief Electoral Officer (CEO) in Kerala today (Wednesday, March 13) told political parties that Sabarimala temple issue can be discussed but under no circumstances should votes be solicited in its name, according to media reports.

CEO Tikka Ram Meena on Monday faced the BJP’s ire after he imposed a ban on using Sabarimala issue in the Lok Sabha election campaign in the state. BJP leaders have earlier been reported as talking about using the imbroglio over Supreme Court allowing entry of women of all ages in to Sabarimala temple for political advantage.

On Wednesday, he said that it had been made clear to all political parties that under no cost should the name of Lord Ayyappa be used in election campaign, said media reports. “It’s because it has a religious connotation,” said Meena.

State BJP President PS Sreedharan Pillai had another account of the meeting. “Just as the Babri Masjid, Ayodhya and Gandhiji’s death have been discussed, the Sabarimala issue can be discussed. However, there must not be any flare up and votes cannot be solicited in the name of Ayyappa,” he said.

There have been protests by Hindu groups since a September 28 Supreme Court verdict that allowed women of all ages to enter the temple, including those from the hitherto banned group of 10 to 50 years. The matter is sub judice.

Sections of the media also carried reports that the CEO has said that there was no ban on political parties using Sabarimala as a poll issue as the matter was “social issue” and not a religious one alone.

“The entry of women into temples is a social issue and there is no bar on it from being discussed and debated during the campaign. I have only said that parties should not use the issue of a church or temple or mosque to solicit votes,” he was quoted as saying.

Meena had on Monday said that “citing or invoking” religious propaganda on the “Sabarimala issue” would be a clear violation of the model code of conduct.

“Citing or invoking or doing something of religious propaganda on the Sabarimala issue by invoking the name of Sabari God, etc., will be a clear violation of the model code of conduct,” Meena said.

He added that the Sabarimala issue was a controversial matter as far as Kerala was concerned and political parties “need to draw a line to what extent they have to use it”.

This infuriated the BJP. Its former state president Kummanam Rajashekharan, who resigned two days ago as Mizoram governor and is the likely BJP candidate from Thiruvananthapuram,  hit out  at Meena. “Sabarimala is an important issue and the BJP will continue its propaganda and campaigns. It’s a crucial matter,” Rajsekharan told reporters today in the state capital.