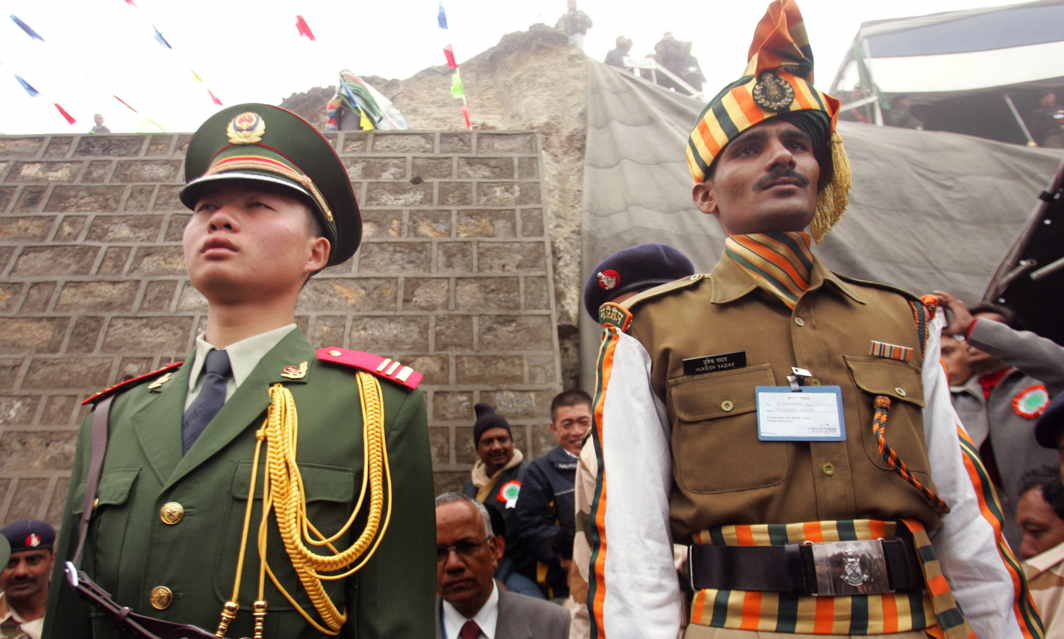 India’s objection was to China constructing a road in Doklam as it would have changed the status quo and rendered India vulnerable in the ‘chicken’s neck’ area – the narrow strip between Nepal, Bhutan and Bangladesh – that connects northeast India with the rest of the country.

Almost three months of the tense standoff between Indian and Chinese troops at Doklam on India-Bhutan-China tri-junction has been resolved peacefully through diplomatic means, with both sides announcing an end to the dispute.

The development comes days before Prime Minister Narendra Modi’s planned visit for a BRICS meet from September 3-5 at Xiamen in China.

“In recent weeks, India and China have maintained diplomatic communication in respect of the incident at Doklam. During these communications, we were able to express our views and convey our concerns and interests. On this basis, expeditious disengagement of border personnel at the face-off site in Doklam has been agreed to and is on-going,” said the MEA in a press statement.

Chinese foreign ministry spokesperson Hua Chunying said that India has pulled back its border personnel and equipment from Doklam, according to media reports. “China has confirmed that Indian troops and equipment have all withdrawn to the Indian side of the border area in Doklam on Monday afternoon. China will continue to exercise its territorial sovereignty in accordance with historical conventions,” Chunying was reported as saying at Monday’s regular press conference.

“The Chinese government highly values its friendly relationship with India. We hope India can fulfil the historic agreement on the border and safeguard the stability of the border area with China,” Chunying added.

When asked if there had been a “mutual disengagement” of troops, the Chinese spokesperson said patrols will continue in Doklam, but that “in accordance with the changes of the situation on the ground, China will make necessary adjustments and deployment in accordance with those changes”. No details were offered. China did not comment on whether it will renew efforts to construct the road.

Indian and Chinese troops have been caught up in a face-off at Doklam since June when China began extending a motorable road on the Doklam plateau that is claimed by both Bhutan and China and is strategically significant for India: it would give China ready access to an area close to the narrow Siliguri corridor that links northeast India with the rest of the country.

China has been building up strategic infrastructure in the Doklam plateau region, upgrading road from Lhasa to Yadong, across the border from Doklam, which allows the 500-km journey to be made in just seven hours.

When China encroached in Doklam to build a road, Indian troops, acting in accordance with India’s foreign policy coordination treaty with Bhutan, crossed on June 16 into Bhutanese-claimed territory and, forming a human chain, physically blocked the movement of Chinese border guards. India also positioned two bulldozers in the Doklam bowl to undo any road construction by the Chinese.

On June 26, Beijing invoked an 1890 agreement between China and Great Britain that specified Mount Gipmochi as the border junction.

Three days later, Thimphu cited agreements in 1988 and 1989 not to disturb the status quo.

The next day, New Delhi pointed out that Beijing had agreed in 2012 to finalise the border tri-junction consultatively and that ‘unilaterally determin[ing] tri-junction points is in violation of this understanding.’

After Indian troops intervened, there were repeated threats by the Chinese media and strident positions taken by official Chinese diplomats. Chinese state-controlled media launched a propaganda war against India, even threatening New Delhi with war. India refused to get drawn into a squabble and maintained that it will defuse the crisis through official diplomatic channels. China kept asking India to withdraw its troops for any meaningful dialogue to take place.

However, India did not respond to China’s verbal attacks insisted on finding a peaceful solution to the issue through dialogues, even as incursions by Chinese troops continued in other sectors and the two sides even came to blows and scuffle involving stoning in Ladakh.

Media reports today interpreted the decision taken by both countries as a victory of India’s diplomacy, which was praised by other international powers as well.

Shiv Sena has slammed the Bharatiya Janata Party (BJP) for promising free COVID vaccine to all those who vote for it in...
Read more

Chennai Super Kings on Friday suffered one of their worst-ever defeat in the history of the Indian Premier League against Mumbai Indians....
Read more