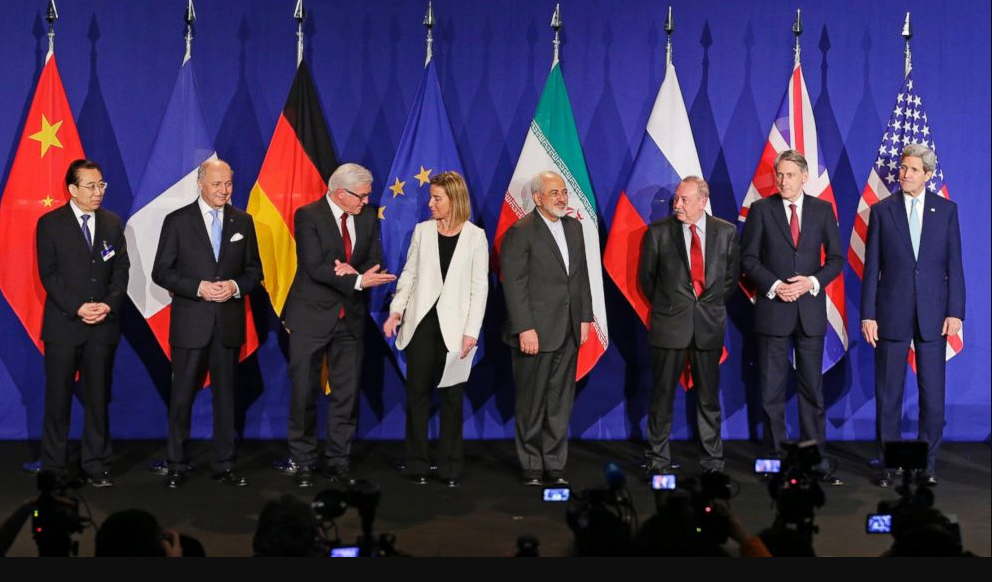 US President Donald Trump has been facing tremendous pressure from permanent members of the Security Council plus Germany and International Atomic Energy Agency (IAEA) on the question of Iran complying the nuclear deal, signed in 2015. Most countries have been advising Washington not to withdraw from the nuclear deal known as Joint Comprehensive Plan of Action (JCPOA).

The International Atomic Energy Agency (IAEA) and many world leaders have unanimously thrown their weight behind the 2015 nuclear agreement between Iran and the P5+1 group of countries, rejecting US President Donald Trump’s claims that Tehran has violated the “spirit” of the deal.

IAEA Director General Yukiya Amano in a statement on Monday has confirmed that Iran was in compliance with its commitments under the nuclear agreement.

“I can state that the nuclear-related commitments undertaken by Iran under the (nuclear agreement) are being implemented,” Amano said at 20th Edoardo Amaldi Conference in Rome.

Donald Trump has once again, on Thursday, accused Iran of failing to act in keeping with the international nuclear deal. He was meeting with US military leaders in the white House Cabinet Room on. He said, “They have not lived up to the spirit of the agreement.”

Iran and the five permanent members of the Security Council: the United States, France, Britain, Russia and China – plus Germany had signed the nuclear deal on July 14, 2015. Its implementation began in January last year.

Under the much discussed deal, Iran undertook to put limitations on its nuclear program in exchange for the removal of nuclear-related sanctions imposed on that country.

Since January 2016, IAEA has repeatedly verified Iran’s compliance with its nuclear-related commitments.

European Union’s foreign policy chief, Federica Mogherini, has  said on Monday that Iran’s compliance had been verified on at least eight occasions, and called for efforts to honour international cooperation instead of dismantling them.

She has asserted that it was time to “invest in international cooperation” and “open new channels and not destroy the ones we already have.”  She suggested to the US administration saying it was “certainly not the time to dismantle them.”

Meanwhile, German Foreign Minister Sigmar Gabriel expressed concern while talking to reporters in Berlin on Monday. “We do not want to see this [nuclear] agreement [with Iran] damaged,” Gabriel emphasized.

On Sunday, Iranian Foreign Minister Mohammad Javad Zarif said that his country would give a “response fitting” any stance adopted by Trump on the historic nuclear accord. “The Islamic Republic of Iran pursues its policies in the region irrespective of the blabber of others,” Zarif told.

Reports from Moscow  says that Kremlin spokesman, Dmitry Peskov has also warned against the negative consequences of a possible US withdrawal from the nuclear deal, saying that Moscow was trying to analyze it.

Peskov added that Russian President Vladimir Putin had repeatedly highlighted the importance of the agreement.

“Of course, the withdrawal of one of the countries, especially a key country like the United States, from this agreement will only have negative consequences,” the spokesman added.

Meanwhile, spokeswoman of China’s Foreign Ministry, Hua Chunying, expressed hope that the nuclear deal would stay intact, which has played an important role in maintaining global peace. She described Iran nuclear deal as a “good example” of how to solve something peacefully through dialogue.

“We have previously responded and explained that the Iran nuclear deal was an expression of multilateralism in the international community and a good example of how to solve something peacefully through talks,” the spokeswoman said.

US President Donald Trump is reportedly planning to “decertify” the nuclear agreement with Iran by October 15. According to reports, Trump plans to declare that the nuclear deal is not in the national interest of the United States and kick the issue to a reluctant Congress. US Congress requires the president to certify Iran’s compliance with the JCPOA every 90 days.