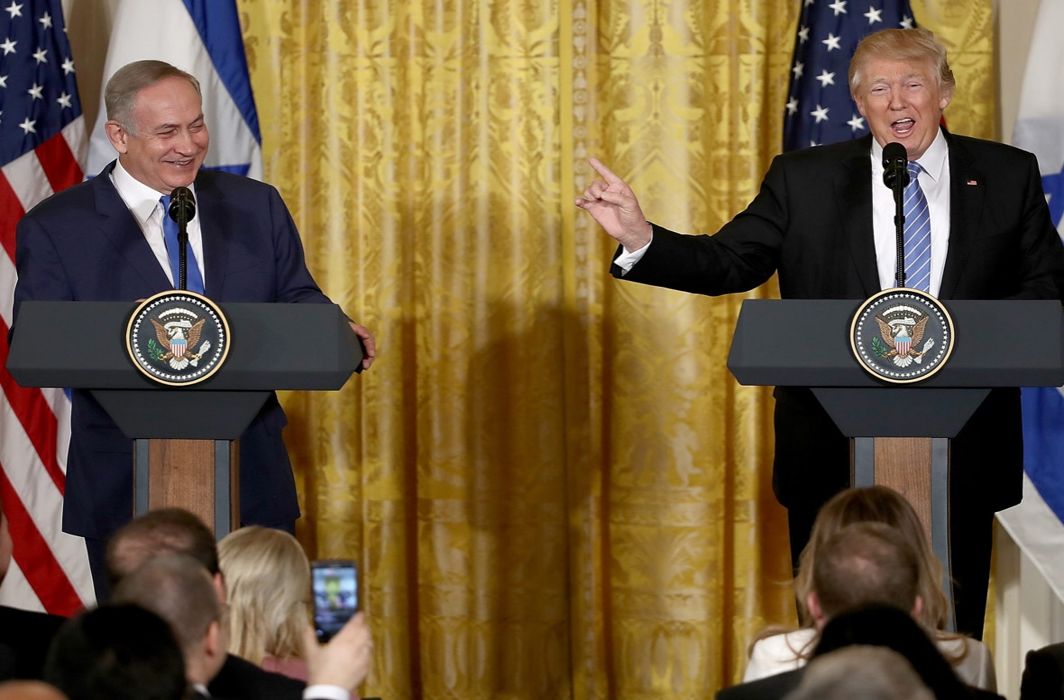 A major acknowledging statement on Israel-Palestine crisis has emerged from White House. US President Donald Trump has questioned Israel’s interest in making peace with the Palestinians. He declined to give a timeline for releasing the US plan for peace between the rivals.

Washington Post says that Trump’s “comments about Israel mark rare criticism from a president who has publicly sparred with the Palestinians while forging warm ties with Israel ahead of the expected presentation of a US peace outline.”

US lost its credibility of being mediator in peace process between Israel and Palestine after President Donald Trump recognised Jerusalem as capital of Israel in December last. Palestinian President Mehmoud Abbas had condemned the move, saying it disqualified the US from playing the role of arbiter. The UN voted to condemn Trump administration’s decision overwhelmingly.

Donalod Trump could not spell out his vision about Jerusalem. While asked about his comments at the World Economic Forum in Davos that “Jerusalem is off the table” in terms of negotiations, he said, “I wanted to make it clear that Jerusalem is the capital of Israel. As for specific boundaries, I would support what both sides agreed to. I think both sides will have to make hard compromises to reach a peace agreement.”

Trump described the development of new settlements by Israel as “something that very much complicates and always have complicated making peace.”  This seemed to be a clear departure from earlier US administrations that used to describe settlements as an “obstacle to peace.”

In addition to recognition of Jerusalem as Israel’s capital, US administration has also cut funding to UN agency assisting Palestinian refugees and threatened to withhold money to Palestinians unless they resume negotiations with Israel.

Responding to question as to whether the ayatollah regime would still be in place in Iran when he leaves office, Trump said, “I expect to be here a long time. We will see.”

To another question about the possibility of “containing Iran” Trump said “Absolutely, sure. You see what is going on, they are having riots in the streets.”

On 30 December, Trump had tweeted on street protests in various Iranian cities saying, “Many reports of peaceful protests by Iranian citizens fed up with regime’s corruption & its squandering of the nation’s wealth to fund terrorism abroad. Iranian govt should respect their people’s rights, including right to express themselves. The World is watching #IranProtests.”