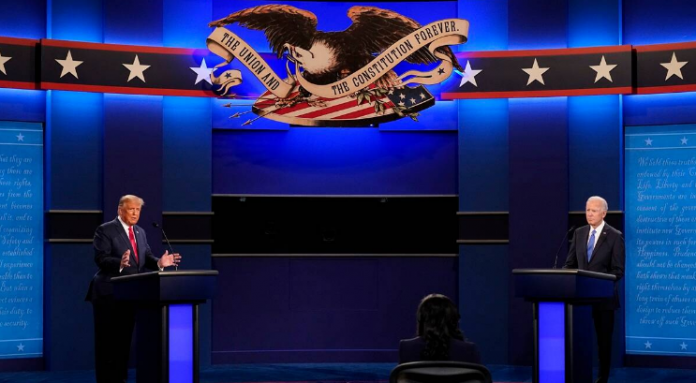 US President Donald Trump has described India as filthy in the final presidential debate with Democratic rival Joe Biden in Nashville on Thursday. Look at China, how filthy it is. Look at Russia, look at India — it’s filthy. The air is filthy, Trump said.

The two leaders discussed a host of issues including climate change, police brutality, racism, coronavirus pandemic and economy. While talking about climate change, Trump defended his decision of pulling out from the Paris climate accord. He said he walked out of the 2015 Paris climate agreement as the country had to take out trillions of dollars and despite that the US was treated very unfairly. He denounced Joe Biden’s plan to tackle global warming and said that his plan was an “economic disaster” for oil states such as Texas and Oklahoma.

After Trump’s statement, Congress leader Kapil Sibal used the US President’s remarks to take a dig at Prime Minister Narendra Modi, who has often addressed Donald Trump as Friend and campaigned for him in the Howdy Modi event held on September 22, 2019 in Houston, Texas.

Trump’s remarks come days before Secretary of State Mike Pompeo and Defence Secretary Mark Esper visit New Delhi for talks on building the growing US-India partnership. Trump had also spoken critically of India in the first presidential debate, questioning its coronavirus data and handling of the situation in crisis. He had also called India a tariff king for its higher tariffs on American paper products and the Harley-Davidson bikes. Trump had said the US has been losing billions of dollars to countries like India.

Americans are set to elect a new president on November 3.