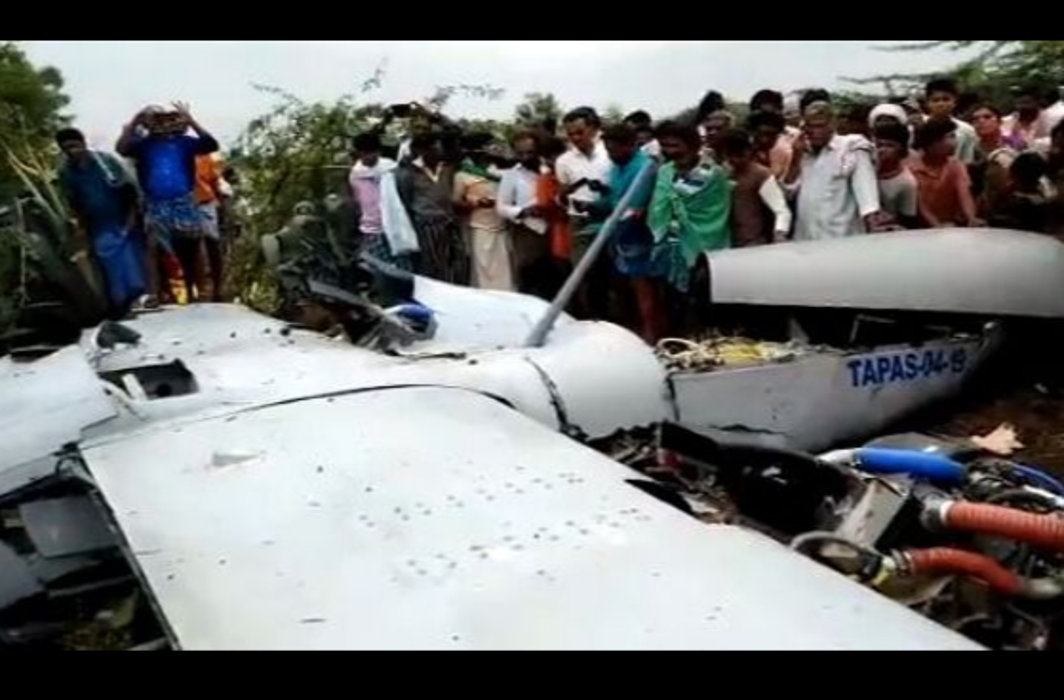 A Defence Research and Development Organisation (DRDO) aircraft crashed at an open field in the Chitradurga district of Karnataka on Tuesday morning, September 17.

The incident took place at Jodi Chillenahalli village around 6 am during a test run of the drone. Officials said no casualties have been reported.

Confirming the incident, Chitradurga Superintendent of Police Arun K told PTI that the UAV crashed in the areca nut farm this morning, but no one was injured.

“It’s a Rustom-2 UAV from DRDO. Test trials were being conducted and it failed and fell in the open field. People were curious as to what it was and they gathered. We have cordoned off the area now and police are at the spot,” the police officer said.

The incident created quite a scare at Jodichillenahalli village as a loud noise was heard after the drone crashed. Soon, a large number of people gathered at the spot, according to media reports.

DRDO officials rushed to the spot following the crash. The organisation has a test range very close to its headquarters in Chitradurga.

The Challakere Aeronautical Test Range (ATR) is an out-door testing and evaluating facility set up by DRDO exclusively for unmanned and manned aircraft.

Videos of the broken UAV have gone viral on social media.