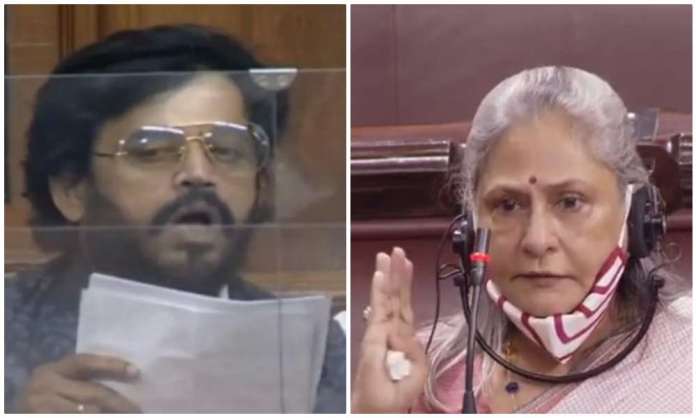 Without naming Ravi Kishan, Jaya Bachchan said people who made their names in the film industry are now calling it as dirty as a gutter.

Later on, Bachchan said she felt ashamed that yesterday a Lok Sabha member, who is from the film industry, spoke against it. One can’t damage the same industry from where one makes an earning, she said. Bachchan appealed to the government to tell MPs to choose their words before speaking in the House.

The entire episode revolves around the drugs angle being probed in the death by suicide of actor Sushant Singh Rajput and the subsequent hounding and arrest of actor Rhea Chakraborty for what the Narcotics Control Bureau calls being part of the drugs trade. While Chakraborty has said the NCB forced her to make such statements in a subsequent bail plea, the film industry finds itself caught in the glare of media focus and investigators probing drug peddlers’ links to actors. An old video of actor Adhyayan Suman had resurfaced recently where he accused actor Kangana Ranaut of asking if he took cocaine.

Speaking to reporters, Kishan said he had expected the veteran actor to support his point of view. He added that not everyone in the film industry is into drugs but those who do are part of designs to bring the curtains down on the world’s largest film industry. Kishan said the situation is vastly different from the time either he or Bachchan joined the film world and stressed that the film industry needs protection.